Bellegarde, Canada come out on top

Canadians should be glad Perry Bellegarde was elected, convincingly, by First Nations chiefs to be their lead negotiator and national voice. Mr. Bellegarde wants to keep talking to us, through the federal government, and wants to work together to resolve conflict and move First Nations priorities along.

Canadians should be glad Perry Bellegarde was elected, convincingly, by First Nations chiefs to be their lead negotiator and national voice. Mr. Bellegarde wants to keep talking to us, through the federal government, and wants to work together to resolve conflict and move First Nations priorities along.

That’s a good sign, as it was that he was chosen by an overwhelming majority as national chief of the Assembly of First Nations. The chief of the Federation of Saskatchewan Indian Nations won 291 of 461 ballots cast in the first ballot in Winnipeg Wednesday. It’s a sign there may be unity yet in the national lobby group, battered earlier this year by the coup that ousted Shawn Atleo.

Mr. Atleo resigned, but there was no doubt he was forced out after too many chiefs refused to back his support for the Harper government’s proposed First Nations education act. Many chiefs rejected the bill that sought to bring strong governance, standards for curriculum and academic achievement and for the administration and teaching in schools on reserve. They decried a lack of consultation and Ottawa’s attempt to impose, without sufficient funding, rules written by non-native governments.

The turmoil has fed discontent among ordinary First Nations people who have begun to question the AFN’s validity. Mr. Atleo was seen as too cosy with Prime Minister Stephen Harper and Aboriginal Affairs Minister Bernard Valcourt, demonized by hardliners who believe bands must assert an inherent right to self-government and self-determination.

Playing on the sentiment, Mr. Bellegarde’s competition, Leon Jourdain and Ghislain Picard, had no use for talk of further negotiation with the federal government. Mr. Jourdain’s intemperate solution to the “useless” engagement with Ottawa was to “tell Mr. Harper to go take a hike.”

But that would do nothing to ensure the flow of funds required by the bands to build adequate infrastructure, to enrich classrooms so they can produce high school graduates, to prevent family breakdown.

The failure of the education bill left a vacuum for bands and treaty councils to fill, to ensure schools are led by strong education authorities accountable and transparent in their spending, and children are taught by certified teachers in classrooms equipped to produce high school graduates capable of succeeding in an increasingly competitive labour force.

Mr. Bellegarde is not naive. His agenda includes: self-governance; aboriginal rights; pressing for revenue sharing from Canada’s resources, much of which sit on traditional territory, ceded or not in treaties.

But years of political experience tell him the First Nations agenda is best served by negotiation and moving the mindset of Canadians along: “Let’s walk together in unity and strength.” He often wears the Treaty Medal presented to chiefs and councillors of the numbered treaties.

Mr. Bellegarde has a tough gig ahead of him. The AFN’s national chief is not a boss, he is the messenger tasked with representing the chiefs publicly and in high offices of politics. But he works for a fractious, sometimes hostile group of directors. And grassroots organizations and First Nations people impatient for change see little value in working through traditional structures. Indeed, Idle No More arose out of frustration with the lack of progress on political and social issues.

The new chief believes First Nations leaders can be the architects of a social and economic agenda to move out of dependency. He says First Nations self-sufficiency means writing their own rules of government. They can start by designing an education act as good as or better than what Ottawa proposed. Canadians would get onside with that, and no federal government could refuse the funds to make it reality. 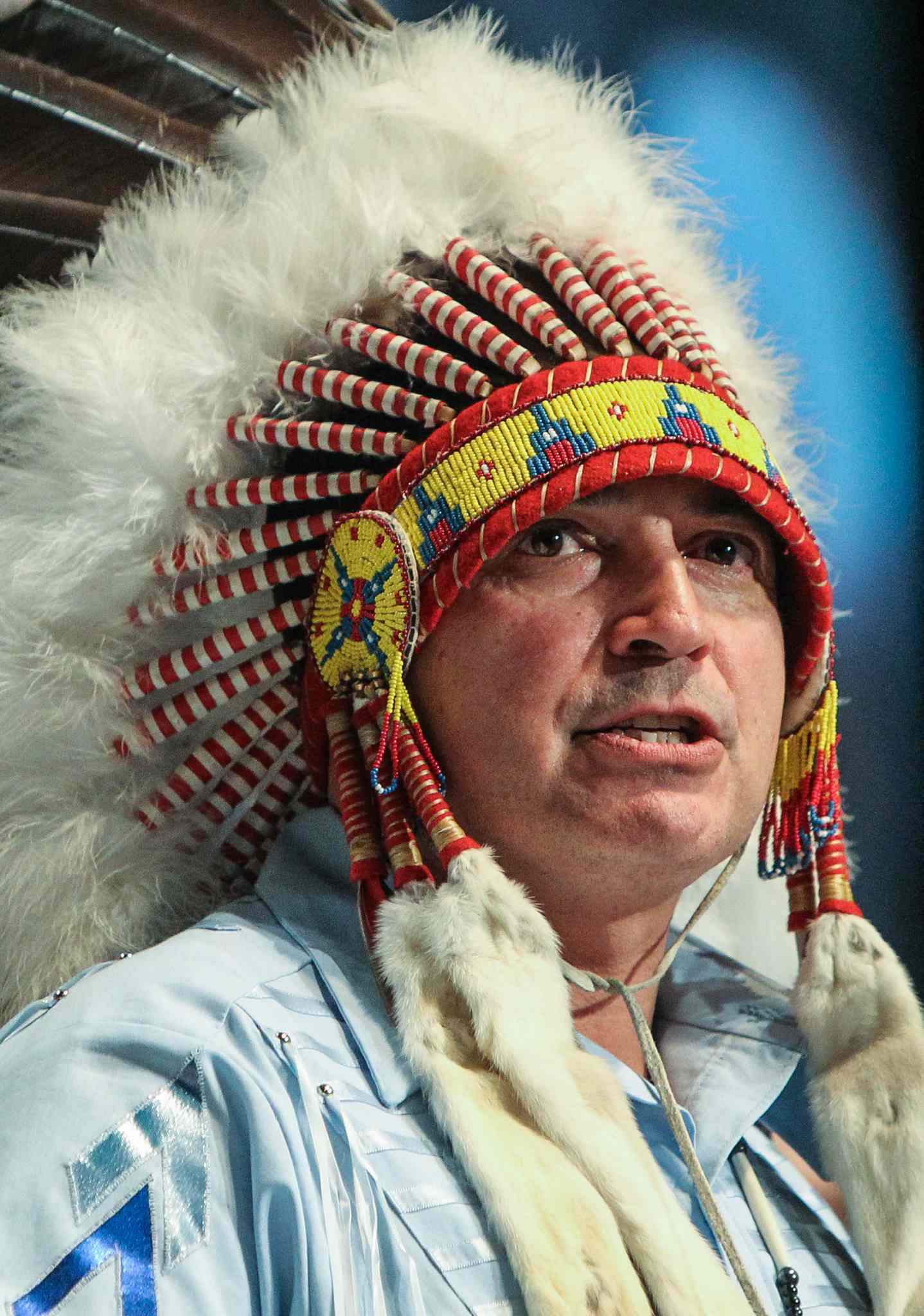