After the tears, so much to celebrate

Well, that was fun.

Well, that was fun.

Yes, the sting still lingers, the tears haven’t yet dried, the gnawed-to-the-quick fingernails will take time to regrow and the over-tugged heartstrings will remain frayed for some time, but as Winnipeggers meander through the stages of grief associated with their beloved hockey team’s unceremonious exit from the Stanley Cup playoffs, they should also take a few moments to consider — and, if they can muster the emotional reserves, celebrate — the wild and crazy fun the Winnipeg Jets and their shades-of-white-clad fan base injected into an otherwise slow-to-excite River City springtime.

This was, thanks to the Jets and the newly amped-up version of the Winnipeg Whiteout, an April-into-May unlike any other in this city’s history.

The hockey team was good. Very, very good — in fact, according to regular-season standings, the second-best squad in the entire National Hockey League. And on the way to the Western Conference final, they knocked off the best by beating Nashville in a seven-game thriller.

Up next came the Vegas Golden Knights, an upstart expansion outfit from the unlikeliest of hockey outposts, filled with dispersal-draft castoffs who have defied odds and perplexed puck prognosticators since the drop of the first regular-season puck.

Against the Knights, the Jets found themselves facing the only thing more dangerous than the best regular season team — a pretty good squad backstopped by a goaltender on a career-best hot streak. In Marc-Andre Fleury, the Jets found a riddle they could not solve.

All over Winnipeg Sunday, in basements and bars, at the sun-soaked long-weekend street party and in the jam-packed seating area at Bell MTS Place, hearts broke. The result was hard — dare we say, impossible — to accept.

But accept it we must, and as the young Jets with the bright futures make their obligatory locker clean-out trip to the local arena, the civilians who wore white throughout 2018’s playoff run can now sort through the emotional baggage of a most enlivening Stanley Cup season.

There’s comfort to be drawn from the certainty that this impressive playoff performance was not a one-off. Armed with size, speed, skill and youth, the Jets are built for longer-term excellence — and there’s every reason to think extended runs into the post-season will be a regular and expected part of the hockey-fan experience hereabouts.

Salary-cap issues will have to be addressed, but the experiences of other dominant NHL teams, most notably the thrice-Cup-crowned Chicago Blackhawks, have shown it’s possible to keep a winning team’s core group intact while shuffling the supporting cast in a cost-effective manner.

Next spring will undoubtedly be great, just as this one was. Winnipeggers had great big hockey fun and Winnipeg showed its best to the hockey-watching world.

The Whiteout street parties were memorable, boisterous and (by any reasonable standard) well behaved — so much so that the Winnipeg Police Service felt the need to congratulate the downtown party throng for its generally positive deportment.

We had a fabulous run. Now it’s time to rinse the tears and beer out of the Whiteout wardrobe and pack it away until next spring’s Cup chase begins.

In the meantime, we’ve got a football team that seems determined to deliver a drought-ending championship pursuit. 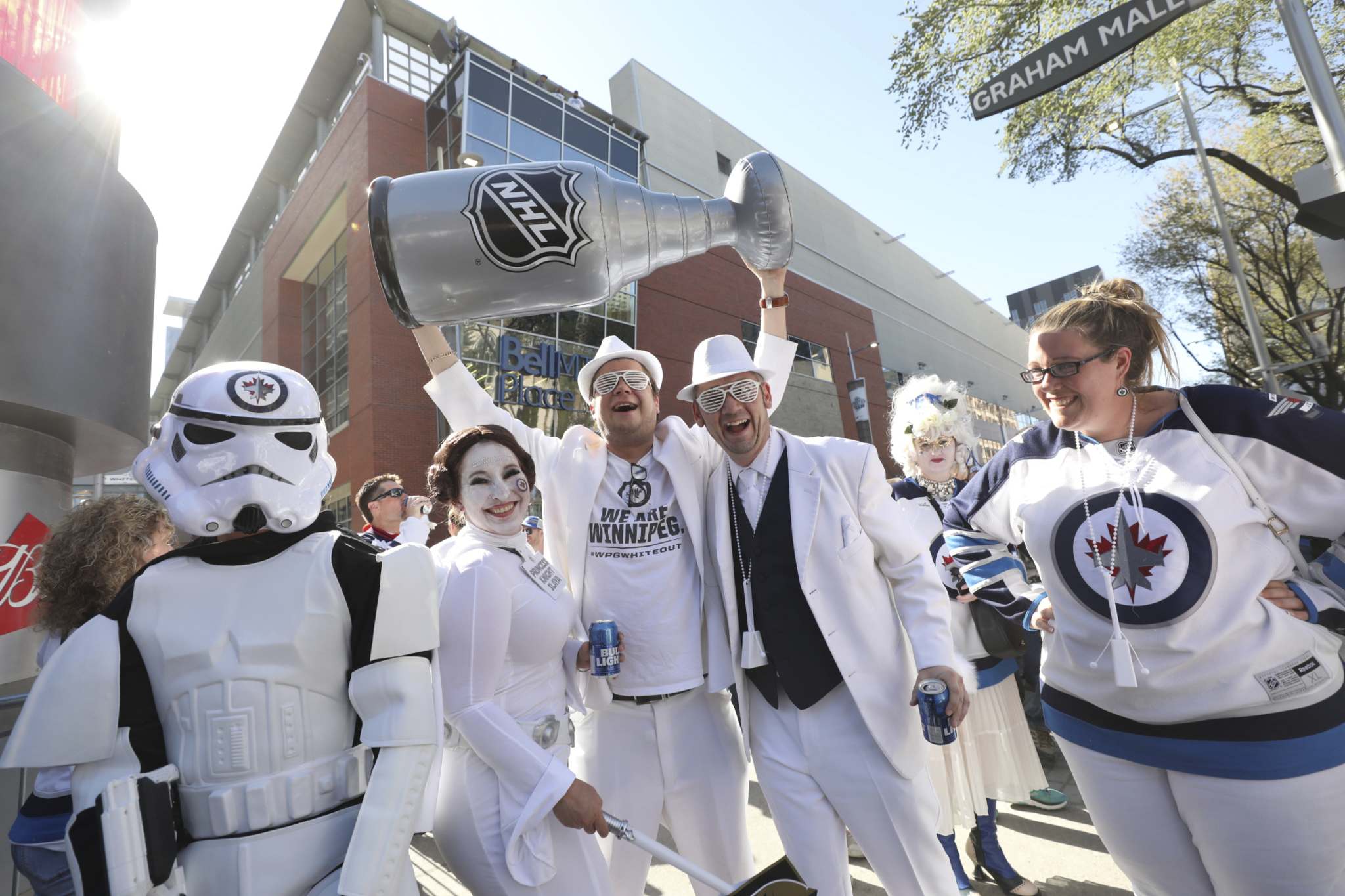