Last Friday, Mayor Brian Bowman stood at the corner of River and Osborne and talked about barriers.

Last Friday, Mayor Brian Bowman stood at the corner of River and Osborne and talked about barriers.

Except, he didn’t call them barriers. Instead, he called them “low-cost physical elements,” and suggested their installation as one of three short-term actions the city has devised to reduce what the mayor calls “unsafe panhandling” — the practice formerly known as “aggressive panhandling.”

Mr. Bowman, along with such front-line community groups as End Homelessness Winnipeg, Main Street Project, Siloam Mission, Downtown Winnipeg Business Improvement Zone, Winnipeg Police Service and the Winnipeg Regional Health Authority, worked in collaboration on the three actions, which also include setting up pilot programs to engage panhandlers and make connections to assist them, give them temporary full-time jobs and help find them permanent employment.

And then, of course, there’s the use of barriers — sorry, “low-cost physical elements” — to deter panhandlers who pace the medians hoping to inspire some stoplight generosity.

When asked by reporters what the barriers would look like, Mr. Bowman said he wouldn’t call them barriers.

“Barriers,” after all, evoke Portage and Main, an intersection that does not have a panhandling issue, but is still problematic for the mayor for its own unique set of reasons.

On its face, the panhandling reduction plan is interesting, partly in that it’s an initiative with the potential to make the mayor look good. If panhandling is indeed perceived as a problem, Mr. Bowman is offering not only solutions to that problem, but solutions that would be implemented “immediately.”

He’s making good on a pledge he made in March during his State of the City address, expressing concern about the physical safety of panhandlers (deterring them from the medians is for their own good, you see), and employing “unsafe panhandling” as a description, perhaps because it’s more palatable than “aggressive panhandling.”

What will the outreach and employment programs look like? How and when will they be rolled out, and what’s the budget?

But when you really strip it down, the panhandling plan amounts to not much more than a bit of light pre-election theatre from the incumbent mayor, who in the face of early jabs from an aggressive mayoralty opponent seems intent on reminding us that he’s a can-do, take-action kind of guy.

The street-corner announcement was decidedly light on details. What will the outreach and employment programs look like? How and when will they be rolled out, and what’s the budget? And how is erecting barriers — sorry, “low-cost physical elements” — a viable solution? What would panhandler-deterring “design elements” look like, anyway? (One can’t help thinking of those window-ledge spikes that keep pigeons away — imagine it that way, and the whole thing starts to seem a bit less humane.)

Main Street is home to its own version of “design elements,” but those were installed to address a different and more dangerous problem — jaywalking. If they impede sightlines, “low-cost physical elements” aimed at deterring spare-change appeals at stoplights could potentially make intersections more perilous to panhandlers and motorists both.

Still, these short-term actions are bound to generate discussion, and Winnipeg would do well to look to what other cities grappling with a perceived increase in panhandling are doing. Take Cincinnati’s recently launched GeneroCity 513 program, for example — its Jobs Van picks up 10 people per day and offers them a day’s work, paying them US$9 per hour for various community beautification projects. Lunch is included in their shift. 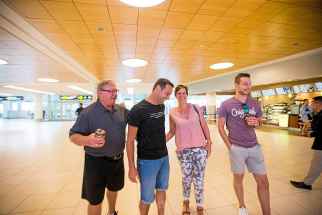 Sexual harassment reported in every part of Manitoba government 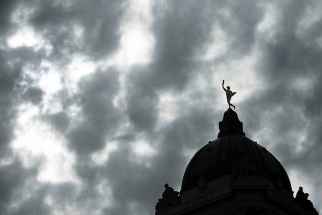 A guide to reopening Portage and Main to pedestrians 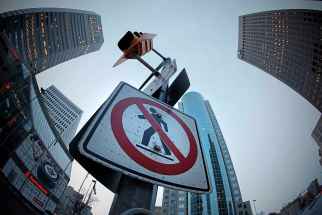 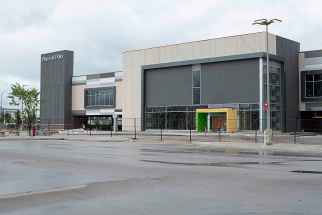 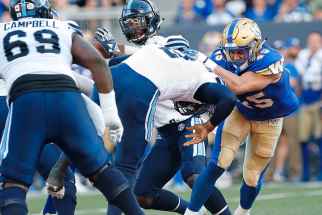 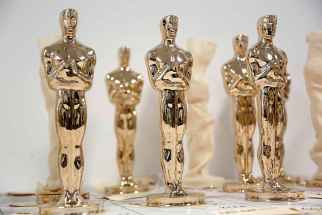 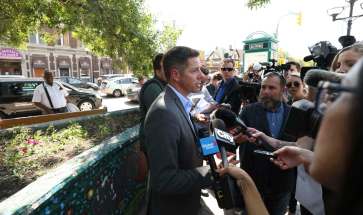 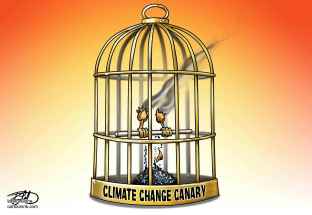 Growing beyond the absurd Editorial cartoon for Aug 9 2018