On Friday, another country joined the ranks of those that can no longer say, “It can’t happen here.”

On Friday, another country joined the ranks of those that can no longer say, “It can’t happen here.”

The tiny island nation of New Zealand was the site of the latest hate-fuelled anti-Islamic mass shooting, in which at least 49 people were murdered and more than 20 others wounded during Friday prayers at two mosques in Christchurch. The attack is believed to have been carried out by an Australian man in his late 20s, who had spent several months in New Zealand planning and preparing for the attack.

In coming to grips with the magnitude of this tragedy, New Zealanders are no doubt also trying to understand how and why it happened on their soil. And just as Canadians did in the aftermath of the January 2017 mass shooting at a Quebec City mosque, they will soon come to an understanding that unhinged violence such as this has nothing to do with national borders.

In the era of internet-disseminated venom and social-media-enabled hate, radicalized terrorism is a borderless phenomenon.

Shortly before embarking on his murderous mission, the suspected killer posted a 74-page manifesto on the social-media platform 8chan, in which he rails against mass immigration and laments “white genocide,” a common trope in white supremacist discussion that refers to the eventual replacement of white European cultures by “invading” ethnic groups — meaning immigrants and refugees — with higher fertility rates.

The document’s writer claims to have formed his racist views based on travels abroad and material available on the internet, and also expresses the hope his words and actions will prompt others to form similar views and take similar violent actions.

The alleged murderer also live-streamed a 17-minute video of the attack on Facebook; the footage was copied by some who viewed it to other social-media platforms (the corporate owners of those platforms have since taken action to remove the video from circulation).

While there seems to be little question the man arrested after the shootings will be held accountable for his actions, what remains in the aftermath of this unspeakable tragedy is the larger and constantly looming question of what responsibility is borne by the proprietors of Facebook, Twitter, Reddit, 8chan and other social-media enterprises, for the dissemination of hate and the cultivation of radicalized subcultures that traffic in racism and encourage violence.

Whenever they have been pressed to explain the unfiltered distribution of toxic content, the people who became billionaires by inviting the world to join their artificial communities are quick to declare that they are merely providers of platforms, and that they either lack the technical wherewithal or are opposed on ideological grounds to imposing limits on the “free speech” content they display.

But before we’re subjected to another denial that social-media platforms are an incubator for hate and an echo chamber for dangerously misguided rhetoric — most often expressed verbally, but occasionally and tragically translated into actions — let’s consider the words of the accused Christchurch killer himself. Tucked into page 17 of his rambling, self-interrogational manifesto is this:

“Q: From where did you receive/research/develop your beliefs?

A: The internet, of course. You will not find the truth anywhere else.”

The inventors of social media designed their creations to transcend national borders, and to elude traditional regulations governing media and information technology. The internet has no borders, but it’s time for the leaders of nations that do to hold social-media enterprises accountable for their role in the global trafficking of terror. 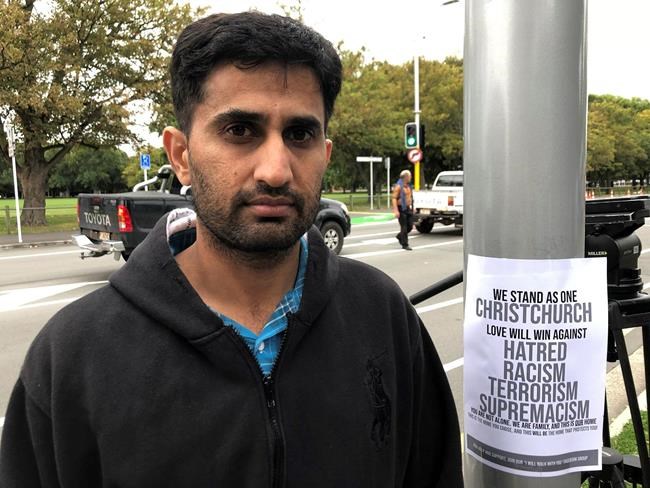 This ain’t going to be over… easy

The Times they are a-Change(d)