Its contents are as dire as dire can be, and yet the new scientific report released last Monday by the Intergovernmental Panel on Climate Change was largely eclipsed by other events in a particularly fraught news cycle.

Its contents are as dire as dire can be, and yet the new scientific report released last Monday by the Intergovernmental Panel on Climate Change was largely eclipsed by other events in a particularly fraught news cycle.

A rapidly escalating Russian invasion of Ukraine, the recent occupation of the trucker convoy, loosening pandemic restrictions, brutal winter weather — all important issues worthy of attention, to be sure. But surely the looming end of life as we know it should be able to garner a bit of attention.

The report is grim. Time is running out, scientists (again) warn; we are, to borrow a phrase from United Nations Secretary General António Guterres, “getting clobbered by climate change.” He also called the report “an atlas of human suffering and a damning indictment of failed climate leadership.”

Indeed, scientists have been sounding the alarm on climate change for years, calling for the world’s nations to get their emissions under control. Most people should be familiar, by now, with the “1.5 Celsius threshold” as outlined by the 2015 Paris Agreement, that asks nations to commit to limiting global warming to no more that 1.5 Celsius. It’s a limit that was stressed again repeatedly at COP26 in Glasgow last fall. That limit, the thinking goes, will help stave off the worst.

Warming beyond 1.5 Celsius will lead to catastrophic storms, floods, droughts. Quoting the final line of the report, climate activist Greta Thunberg tweeted, “If we delay emission cuts we ‘will miss a brief and rapidly closing window of opportunity to secure a liveable and sustainable future for all.’ Every sentence describing the new #IPCC report is completely life changing. Literally everything is at stake.”

Some responses dismissed her as hysterical; others pointed out, rather patronizingly, that there are more immediate concerns to deal with.

But that kind of response hits on a perennial problem: the tendency to look at these concerns as individual when, in fact, war, climate change, pandemics — the kind of crises that dominate headlines and demand our attention — are all interconnected.

Mass climate migration as the result of fire, flood and famine, coupled with resource scarcity and hoarding, will, without a doubt, lead to large-scale conflict.

A warming climate allows disease to flourish; according to a ProPublica article, climate change is “driving a catastrophic loss in biodiversity that, when coupled with reckless deforestation and aggressive conversion of wildland for economic development, pushes farms and people closer to the wild and opens the gates for the spread of disease.”

Diseases that jump from animals to humans are of particular concern. A warmer climate would also mean that mosquito-borne diseases such as malaria dengue fever would be more widespread.

None of us is exempt from this. This is the only home we have, and it is simultaneously flooding and burning down. This is not some distant, hazy, far-off future we’re talking about. It’s here.

The thing is, most of us know all this. Worse, we’ve known about it for quite some time. Which raises the question: what will it take for the world’s nations to take swift, decisive action on climate change? What will it take to make people care about this existential threat?

Unfortunately, doomsday declarations and dire warnings from the world’s scientists don’t seem to be doing the job. Our future depends on our actions in the present. “Delay means death,” as Mr. Guterres intoned this week. And when the brief and rapidly closing window that remains finally slams shut on us, none of us can say we weren’t warned. 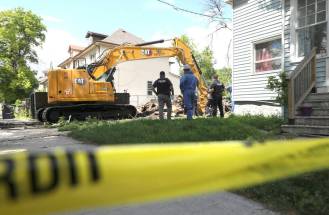 Hugs and encouragement for beloved senior attacked in skywalk 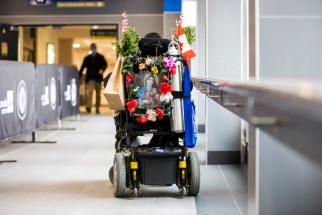 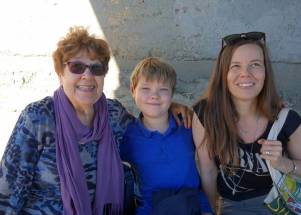 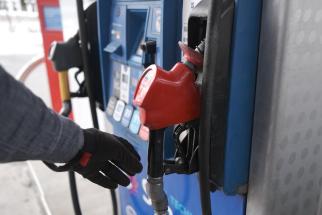 For asylum-seekers, the dangerous trek across the Canada-U.S. border was just the beginning

Jets’ underwhelming season hasn’t been all doom and gloom 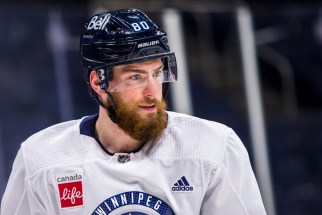 Looking back at Recipe Swap: Call-and-answer format created a community of cooks 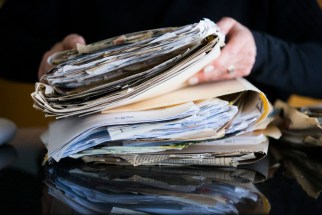 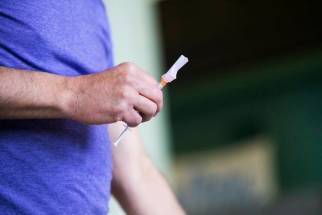 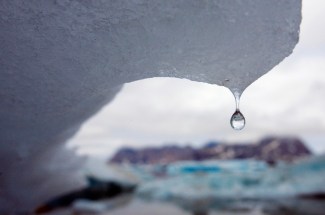