In an ideal world, enough volunteers would roll up their sleeves to donate blood plasma to meet the needs of Canadian patients. That’s not happening; not even close.

In an ideal world, enough volunteers would roll up their sleeves to donate blood plasma to meet the needs of Canadian patients. That’s not happening; not even close.

The unfortunate but necessary solution is to pay donors for plasma.

Controversy greeted an announcement on Sept. 6 that Canadian Blood Services, which controls the national supply of blood products, has signed a 15-year contract with the Spanish multinational company Grifols to collect and process plasma in Canada. Grifols’ first Canadian plasma donation site is in Winnipeg at 137 Innovation Dr., near the University of Manitoba.

Opposition to the deal has come from the federal NDP, unions and the Canadian Health Coalition, which denounced the decision as “irresponsible stewardship of our public blood supply system, allowing commercialization on a massive scale.”

Critics say paying for plasma will reduce volunteer donations, and could exploit poor people who shouldn’t have to depend on selling a bodily fluid for economic survival.

Critics say paying for plasma will reduce volunteer donations, and could exploit poor people who shouldn’t have to depend on selling a bodily fluid for economic survival.

With those concerns acknowledged, it’s important to regard the deal with context.

Paying Canadians for plasma donations is not entirely new. In Manitoba, Cangene Biopharma Inc. has long been allowed to pay select donors who have rare Rh-negative blood. Also, provinces such as Saskatchewan and Alberta already let private companies pay plasma donors and export the Canadian plasma to other countries.

Although the deal with Grifols opens the door to paid plasma donation on a much larger scale, the change won’t affect traditional blood donors. Plasma and blood are considered different; plasma is a protein-rich liquid component of blood used as a starting material to manufacture commercial drugs.

One reason why plasma donors will get paid is that it takes longer to donate. While donating a pint of blood takes only eight to 10 minutes, the process that separates plasma from blood requires about an hour of the donor’s time.

The renumeration for plasma varies with different locations, but typically it’s about $50 per appointment, with most jurisdictions limiting donations to twice a week.

Another reason for compensating plasma donors is that it’s necessary to ensure a sufficient supply for plasma therapies. The dire reality is that voluntary donations of plasma from Canadians are only sufficient for about 15 per cent of the plasma Canada uses to make immunoglobulins, which are drugs used to treat immune disorders.

The other 85 per cent of the plasma products Canada needs is purchased from private firms in other countries, mainly the U.S. These foreign companies pay their donors so, in effect, the issue is not whether this country’s plasma products should be made from the contributions of donors who were paid. That is already happening. The new agreement means the donors getting paid can now be Canadian.

The renumeration for plasma varies with different locations, but typically it’s about $50 per appointment, with most jurisdictions limiting donations to twice a week.

The switch to paying Canadians instead of out-of-country donors will make this country’s system more self-sufficient instead of relying on the ability of other countries to sell plasma that is excess to their own needs.

While Canada’s shift to a paid-donors system should be regulated and monitored for possible abuses, the priority should remain the health of Canadians. Plasma products are important in therapies for patients living with kidney and liver diseases, some forms of cancer and immune disorders, including leukemia, human immunodeficiency virus (HIV) and COVID-19.

The bottom-line prognosis is that a reliable source of plasma products is essential to continue saving the lives of Canadians. It’s worth paying for if that’s what is required.

Ninety per cent of $8.5 million in Manitoba COVID-19 tickets unpaid 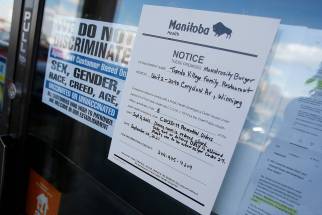 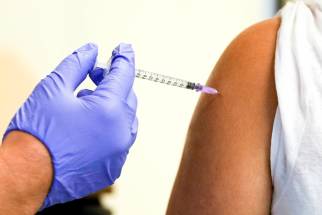 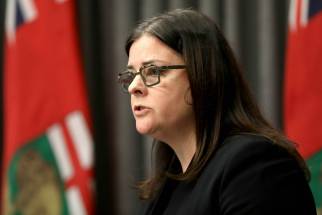 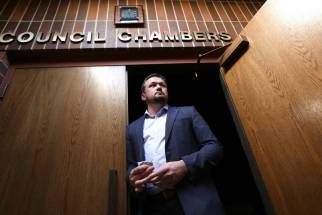 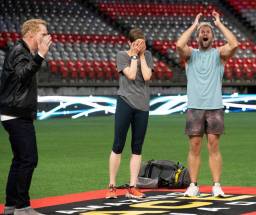 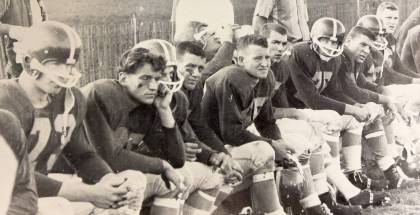 Payment for plasma a necessary next step 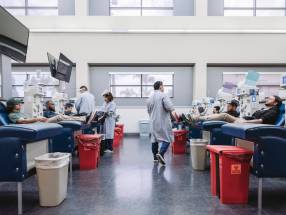