Couple has introduced a generation of Manitobans to traditional Irish music

When Susan Moss, armed with a newly minted bachelor's degree in recorder, told her parents that she planned to marry her guitarist boyfriend, Paul Hammer, they had an immediate and, perhaps, fair question for the lovebirds:

When Susan Moss, armed with a newly minted bachelor’s degree in recorder, told her parents that she planned to marry her guitarist boyfriend, Paul Hammer, they had an immediate and, perhaps, fair question for the lovebirds:

“What are you going to do with your lives?”

Besides Paul, you see, the other love of Susan’s life was medieval and Renaissance music, two genres not exactly known for their marketability.

He, meanwhile, was “obsessed with” classical music.

Really, the only reason the former University of Manitoba students’ paths converged is that Paul needed an ensemble credit and his professor suggested he team up with the recorder player with the English accent.

Turns out the Mosses had nothing to worry about.

More than three decades and two grown sons later, the Hammers have not only made good on Susan’s reply — “Play music” — they’ve knocked off one life dream and are in the process of achieving another.

Along the way, they swapped their madrigals and concertos for reels and jigs and ended up introducing a generation of Manitobans to traditional Irish music. Anyone who has tried their hand at the tin whistle, concertina or bodhran over the past 30 years can likely credit a Hammer.

“Paul and I have basically made our living as self-employed musicians and teachers since we were students,” says Susan, who was born in London, England, and grew up in nearby Kent county. She immigrated to Canada with her parents at age 13 and spent a year in Toronto before moving to Winnipeg.

But it wasn’t until she landed on this continent — at Winnipeg’s Irish Club, to be precise — that Susan was bitten and seriously infected by the Celtic music bug.

“I grew up listening to a lot of English folk music. There wasn’t a lot of Irish music played on the radio because of the Troubles,” says the daughter of a Welsh mother and English father, referring to the period of ethno-political conflict in Northern Ireland.

“My family used to sit around the piano and sing wartime and pub songs, and there were always a lot of kitchen parties.”

The wooden recorder her parents gave her at age seven hooked her on that instrument. And after watching the PBS series The Six Wives of Henry VIII as a teen, she “absolutely fell in love with” the haunting “modal” music of the Middle Ages.

Her future husband was marching to the tune of a different drummer.

“He didn’t know I listened to folk music until after we got married,” says Susan, who also recalls how her future husband turned down her invitation back in university to join the Winnipeg Early Music Society.

“We have different tastes sometimes, but we’re equally passionate about listening to music,” says Paul, who was born and reared in Cleveland, Ohio, and started playing classical guitar at age seven. He moved here with his parents after high school — his dad was hired as director of the U of M’s school of fine arts — with the goal of earning a degree in guitar (he later got a master’s degree), then returning to the States.

The Hammers’ shared passion for music led them to jam sessions, or just “sessions,” as they’re called, at the Irish Club. Susan had already traded her recorder for the tin whistle, and Paul, who taught classical guitar at the U of M for 12 years, added mandolin, banjo and eventually fiddle to his repertoire.

Besides their countless private students, the Hammers also taught music under the Manitoba Arts Council’s Artists in the Schools program for about 17 years and are veteran organizers of and performers in the city’s annual Irish Festival. They have recorded one CD, From Distant Shores, and are working on a followup.

In 2010, the couple sold their house in Osborne Village and most of their possessions (save for what fit into 15 Rubbermaid storage bins) and moved to Ireland to spend a “magical year” living in a tiny thatched cottage by the sea. (Their cat, Tufty, who spent most of his 24 years curled up in Paul’s mandolin case, died five days before their departure.)

“It was our dream come true,” says Susan, who describes the year of attending concerts, festivals and sessions and collaborating with Irish musicians as “super-intensive professional development.”

At one point during what the Hammers say was the coldest winter on record, their pipes froze, leaving them with no running water for 10 days — but with plenty of indoor time for Paul to take up the fiddle.

Upon their return to Winnipeg, the Hammers opted to give up city living in favour of the artistic community of Winnipeg Beach. They still drive into the city twice a month to teach, but their new dream is to open a school of traditional music and arts (Paul is also a longtime photographer) in Gimli, where their “Celtic-flavoured jam sessions” at the local Robins Donuts are proving “hugely popular.”

“We’re getting people dancing in the aisles,” says Susan, who expects to officially open their school this May.

Our City, Our World: Britannia on the Prairies 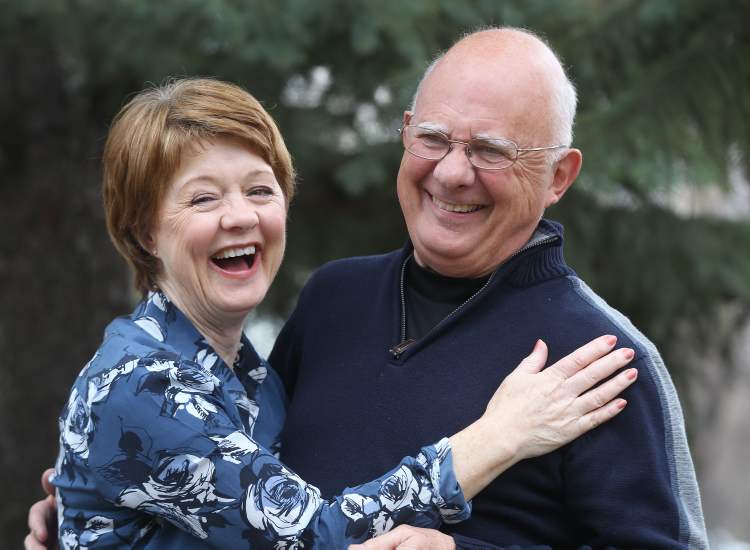