Annamie Paul, the first Black woman to lead a major political party in Canada, lost badly Monday night as she fought for both her leadership and a federal seat following a cloistered campaign dominated by internal Green party strife.

Annamie Paul, the first Black woman to lead a major political party in Canada, lost badly Monday night as she fought for both her leadership and a federal seat following a cloistered campaign dominated by internal Green party strife.

Hours after the polls officially closed in Ontario, voters were still lined up at polling stations in Toronto-Centre, the downtown riding where Paul spent almost every day of her five-week campaign. But with almost half the vote counted, Paul sat in fourth place, trailing Liberal winner Marci Ien, as well as both the NDP and, in one of the most progressive ridings in the country, the Conservative Party of Canada.

When Paul, who is also the first Jewish woman to lead a major Canadian party, addressed her supporters early Monday night, she still seemed optimistic. “I hope that bar is open,” she joked shortly after the polls closed. “I think it’s going to be a long night.”

But before midnight struck, it was over. Ien had almost 49 per cent of the vote with 45 polls reporting Paul had less than 900 votes.

“It looks like Annamie Paul, will not win her seat!” a radio reporter trumpeted at Paul’s Toronto victory party. A woman in a green dress, wearing a green mask and a green button, turned away from the bar at the sound. Her shoulders sloped and her chin dropped. She looked like a time-lapsed Christmas tree wilting at super speed.

Paul’s unusual campaign — she made only two, brief, trips outside of Ontario during the entire election —was both tactical and enforced.

She faced an ugly, public mutiny from elements within her own party in the months before the vote and the Greens entered the campaign short on cash and shorter on unity.

When she addressed her supporters late Monday night, Paul seemed by turns optimistic and deeply depressed about her own race, and about politics as a whole.

“Clearly I am, well not clearly, but I will tell you that certainly I am disappointed,” Paul told a small crowd of supporters in a banquet hall on the eastern edge of downtown. “It is hard to lose, no one likes to lose, but I’m so proud of the effort, the creativity, the innovation that our team brought to this race.”

Paul did not address the future of her own leadership in her remarks. She spoke of the Greens as a small party in a system built for big players and she praised the courage of her candidates and volunteers. But at times, the letdown was clear in her eyes.

“I would say that we’re back to the status quo, except that we are returning unfortunately more divided and more polarized than before this election was called,” she said. “That is certainly part of the legacy of this election, that I will say we shouldn’t have had, whether that sounds self interested or not.”

Paul’s loss Monday will almost certainly reignite the internal party feud that has consumed most of her leadership and that her supporters believe hamstrung her efforts in this race.

“While other parties were probably putting campaign foundations in place, the Green party was just trying to figure out how quickly they could move forward and trying to get beyond some of the narrative that was out there,” said Marva Wisdom, a senior volunteer on Paul’s campaign and a long-time friend.

Wisdom called the internal efforts to depose Paul, led by a faction of the party’s national council, “unprecedented” and a “deep disappointment.”

“I hope that bar is open… I think it’s going to be a long night.” –Annamie Paul

The Green party entered Monday trailing even the People Party’s of Canada (PPC), a far-right fringe movement that rejects the scientific consensus on vaccines and other COVID-19 measures, in most national polls. And the results Monday did not suggest a surprise wave.

As of 12:30 Tuesday morning, the Green party had just two per cent of the national vote, down dramatically from the party’s showing in 2019, and well behind the PPC. Still, the news wasn’t all bad.

The party’s Mike Morrice looked set to win a shock victory in Kitchener-Centre, home to Liberal incumbent Raj Saini who dropped out of the campaign following allegations of sexual misconduct. Former leader Elizabeth May, meanwhile, won again in Saanich-Gulf Islands, the seat she has held since 2011.

Speaking before the polls closed, Wisdom said it was too early to speculate on whether Paul would stay on as leader if she lost Monday. But Andrew Weaver, the former leader of the B.C. Green party and one of Canada’s most influential climate scientists, said it would be a shame if she stepped down.

“In my own view Annamie Paul is the best thing that ever happened to the federal Green party,” Weaver, who endorsed the Liberal party in this campaign, said. “I think she is an outstanding leader, and I thought she honestly won the leadership debate, and I think many people would agree with me.”

Weaver blamed May, the party’s former leader, for some of the turmoil. “I have not seen (her) publicly supporting her leader. And you really need to do that,” he said. “So I think Annamie Paul needs to stand proud.”

When Paul congratulated May on her win Monday, the crowd — her personal supporters, her family and local candidates — stayed quiet. A moment later, they cheered at the mention of Morrice’s name.

“One of the reasons why I felt that the party wasn’t really quite a serious contender in this election, anywhere, was because … Elizabeth May was standing up claiming that only the Green Party understands the significance of the climate crisis yet they are actually quibbling and quarreling internally,” Weaver said. “It told me this party wasn’t ready to step up.”

By almost any measure, it was a bad night for the Green party. But Weaver still believes it was a good campaign for the green movement. The party doesn’t and can’t own the climate issue anymore, he said, and that’s a good thing. “Does that mean the Green party didn’t do its job?” he said. “No, absolutely not.”

“And when every party is now talking about an issue that was in your bailiwick for so long, you are successful, you really are,” he said. “You have won. And that’s kind of how I feel.”

“It is hard to lose, no one likes to lose, but I’m so proud of the effort, the creativity, the innovation that our team brought to this race.”–Annamie Paul

And at Paul’s party Monday, despite the bad loss, and the fractured fight, despite the internal feud and the depressing, undeniable reality that the first Black woman to lead a major political party in Canada was taken down in no small part by her own team, there was, hanging over everything, a dusting of joy.

As the results came in, each poll — outside of Kitchener — worse than the last, Paul’s supporters danced, and laughed and got gently drunk. It was a young crowd. And they had an undeniable ‘Whos down in Whoville’ air.

“My hope to those who have been given the privilege and honour of going to Ottawa to represent their communities (is) that we will deliver, that they will deliver on the promise that is Canada,” Paul said in her concession speech, to loud cheers. “Because certainly we have everything that it takes within us, if we decide to unleash it, to truly attack that existential crisis, to reduce our greenhouse gases, to ensure that we have this strong sustainable world leading green economy of the future.”

“I believe,” she said, “that is what people in Canada expect.”

Correction — Sept. 21, 2021: This article was edited to clarify that Annamie Paul is the Jewish woman to lead a major Canadian party. David Lewis, who was Jewish, led the federal NDP between 1971 and 1975.

Richard Warnica is a Toronto-based business feature writer for the Star. Reach him via email: rwarnica@thestar.ca

Updated on Tuesday, September 21, 2021 9:07 AM CDT: Updates with correction from TorStar 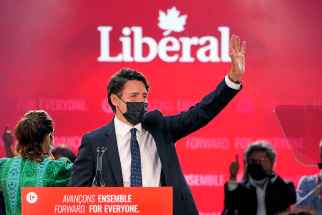 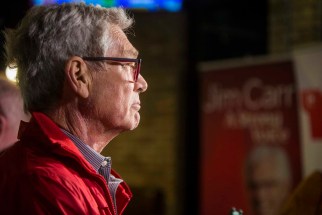 Trudeau pays for the election he called that nobody wanted 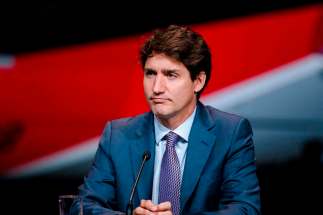 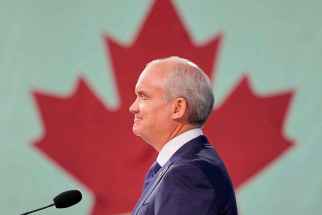 Election officials expect most postal votes to be counted by Wednesday 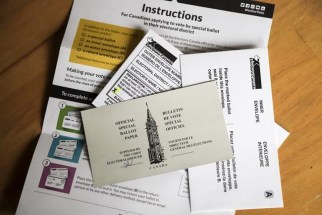 Jagmeet Singh had more money and experience this time, but NDP’s influence looks about the same 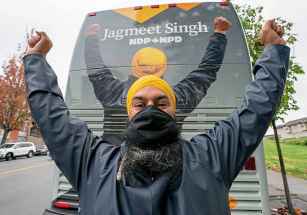 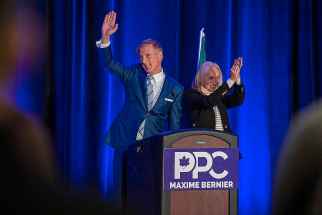 “No one likes to lose”: Green leader Annamie Paul 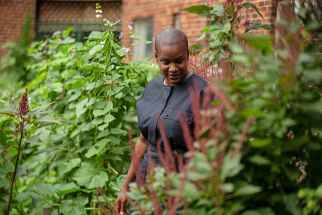 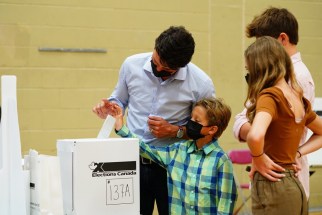