The Manitoba Moose have come out of the gates firing to begin the 2022-23 season.

The Manitoba Moose have come out of the gates firing to begin the 2022-23 season.

The Winnipeg Jets AHL affiliate is off to a near-perfect start, owning a 4-0-1 record (nine points), good for top spot in the central division.

Led by the top line of Jansen Harkins, Mikey Eyssimont and pre-season standout rookie Brad Lambert, which has a combined eight goals and 16 points, the club has outscored opponents 24-12 and is fresh off a tough road trip that saw the team to play three games in three nights, coming away with a spotless six points.

The Moose will put their win streak to the test on Saturday when they start a six-game homestand against the Iowa Wild.

“System wise, I would say we’re like 60, 70 per cent, we’re getting it,” said head coach Mark Morrison of the player’s comfort around the new systems brought over by Winnipeg Jets head coach Rick Bowness. “It’s a change in the defensive zone coverage and they’re used to playing man-on-man so they’ve changed that into zone and it’s taken some time. But the team works hard, they’re a very attentive group and they’ve got a leadership group that helps teach that system. They’re absorbing a lot quickly.”

Harkins was one of the more notable names coming out of Jets training camp. Unlike his linemate Lambert, who wowed fans in pre-season with his playmaking ability, the 25-year-old received harsher reviews for his play and failed to make the Jets’ 23-skater cut after holding a consistent role in the lineup for the past two seasons.

“Obviously, I want to play in the NHL and that’s the goal,” Harkins told the Free Press after the Moose’s skate at BellMTS Iceplex on Monday. “That’s where everyone wants to be, so a little disappointing. Obviously, you want to be with the top team, but I mean, I’ve always had a good time playing for this team. I’ve always had great guys in the room, great coaching staff, so just take it for what it is.

“Obviously, I want to play in the NHL and that’s the goal”–Jansen Harkins

“It’s a good chance for me to get some more minutes and build on my game. I think I did some good things while I was up for a few years, but I feel like I definitely still have a lot to prove. So this is a good time for me just to round some things out and hope to come back better when I get a chance.”

Harkins has looked like a man on a mission at points throughout the first five games, leading the team with four goals, three of them coming in as many games.

“That’s good, obviously,” Harkins said of his goal streak. “That pads the confidence a little bit. Honestly, just trying to stay consistent and bring something to the team every time I go on the ice, if that’s go to the net or shooting the puck or just simple things. That’s the thing, there’s so much going on out there and just trying to keep my game kind of simple and see the ice and, I mean, pucks are just dropping right now.”

Harkins has moved back to a familiar position in the middle of the ice, one he wasn’t playing for most of his time with the Jets. While he conceded it took a couple of shifts for him to regain familiarity at centre, he said the move has been made easier by his speedy linemates. The transition has paid early dividends for Morrison, who is still figuring out where to fit some players within the lineup.

“I think the key to that line is they work. They’re workers. (Harkins) is a worker, (Eyssimont) is a worker and (Lambert), he’s getting there,” Morrison said with a grin.

“(Harkins) has come with a great attitude and it’s really the only attitude that you can take. He’s not with the Jets, so what does he do? He comes and he has to put the work in to get back and if there’s any other attitude it’s wrong. It’s a simple message to him and to be honest with you, that message didn’t even have to be given. He just came down and worked.”

“(Harkins) has come with a great attitude and it’s really the only attitude that you can take. He’s not with the Jets, so what does he do? He comes and he has to put the work in to get back and if there’s any other attitude it’s wrong.”–Mark Morrison

Bowness’ fresh plan of attack, which incorporates defencemen more on offensive rushes, has had a positive effect on defenceman Declan Chisholm, who has carried over his strong finish from last season.

“I believe that position, defence, is kind of a harder position to get to the NHL level. (Chisholm’s) offence is always there, but his transition game has gotten better, his first pass, quick up and his defending is better,” Morrison said. “Should I say he’s come a long way? No, not really, I just think he’s taken the right steps to where he has to be when he wants to get to the NHL.”

Chisholm, a third-year pro who appeared in two games with the big club last season, had seven points in five playoff games in 2021-22 and now leads all Moose blue-liners with two goals and five points this year.

He said the chemistry he’s quickly created with playing partner Leon Gawanke and the new system have been “huge” for his game.

“I think I’m just taking a step every game,” Chisholm said. “The first couple of games was just getting my legs back and now the confidence is there, and I’m seeing plays like I was last year and it’s just coming to me again. I think it’s like that for everyone right now.”

“I think I’m just getting faster and stronger every year, and I think the confidence comes, like I said, every year and it’s just an experience thing. But I think it’s still super early in the season to tell but I think this year I’m feeling more confident.” 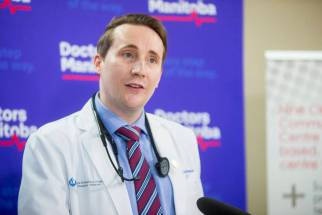 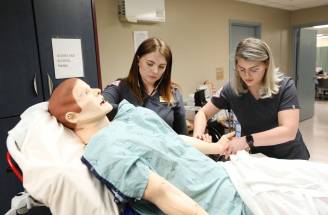 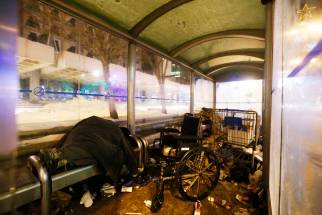 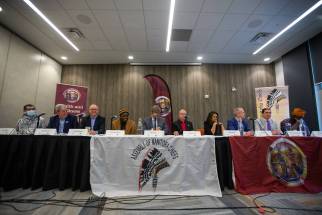 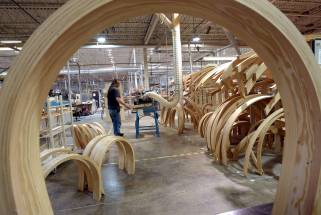 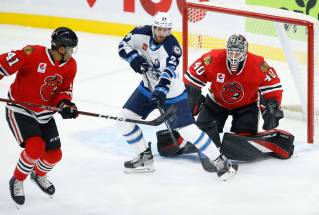 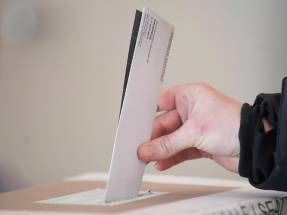 Take a bow This election cries out for voter involvement