Played Thursday night in Minnesota without D Zach Bogosian and it sounds like he is doubtful for tonight with an upper-body injury…Jets had lost four of six entering Thursday night’s road contest, their last until March 8….Winnipeg opens an eight-game homestand at the MTS Centre tonight and in serious catch-up mode in the Eastern Conference…In the 10 games prior to Thursday, Winnipeg had scored two or less goals eight times…D Dustin Byfuglien, now eight games returned since a knee injury, has played some big minutes lately, more than 28 minutes on Tuesday and four of the seven games before Thursday above his season’s average of nearly 24 minutes… Jets are 0-9 on the second night of back-to-back games this season.

Have defeated the Jets twice in the TD Garden, but lost Dec. 6, 2-1 at the MTS Centre…Bruins come to town having won the second half of their back-to-back this week, beating Montreal Wednesday in a shootout…The Stanley Cup champs have alternated wins and losses in the last five and are 3-4 in their last seven…Surprisingly, the Bruins have been shut out three times in the last seven games and they have but two power-play goals in the last seven games… With 48 points, C Patrice Bergeron is the team’s scoring leader through 55 games.

Jets down Wild 4-3 in shootout 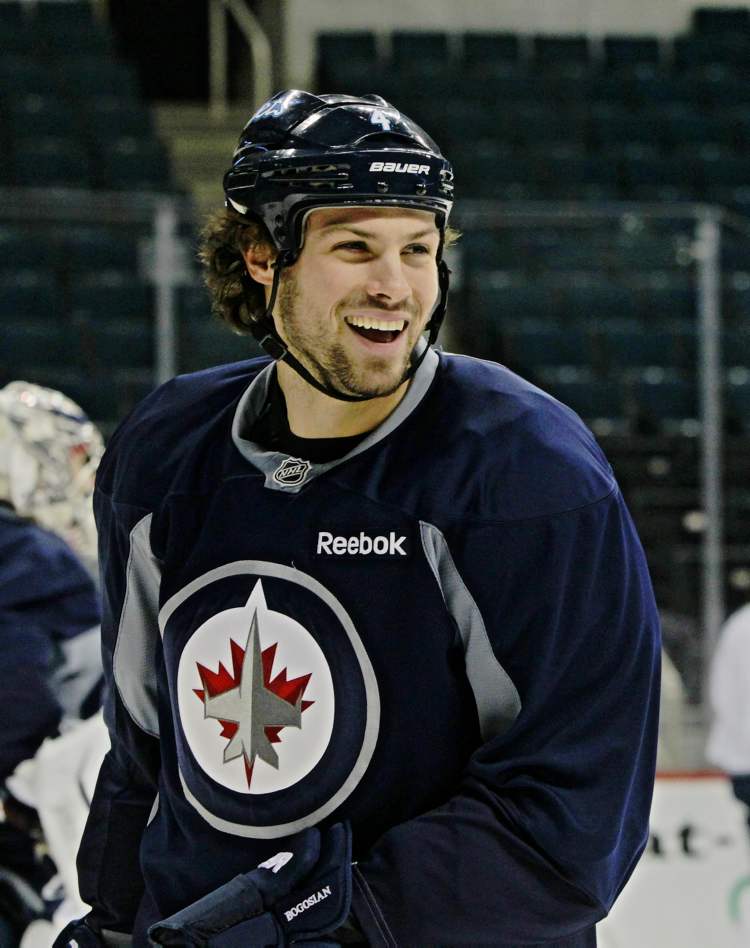