It all starts with Pavelec

If you were to poll the Winnipeg Jets at this moment as to who their MVP is, the answer -- just for the record -- would not be unanimous.

If you were to poll the Winnipeg Jets at this moment as to who their MVP is, the answer — just for the record — would not be unanimous.

Oh sure, almost from the drop of the first puck back in October through the recent dominant homestand the players have repeated over and over again that goaltender Ondrej Pavelec has kept them in games they had no business being in, stolen more than a few and generally done what all star puck-stoppers do: absolutely carry a team.

But bring this up to the Czech netminder himself — explain that in our very informal poll he almost certainly would secure the MVP honour — and he kicks aside the compliment like a toe save on a Stamkos slapper.

“Oh… right now I would say our MVP is Blake Wheeler,” said Pavelec Wednesday after the Jets practised at the MTS Iceplex before heading out to Vancouver in the afternoon. “It’s fun to watch him play. He’s been on fire lately and all year he’s been so good for us and scored important goals…”

It’s here where we politely interrupted the 24-year-old with: “Good points, but you know that most of your teammates would say you’re the MVP.”

“Well…” Pavelec continued, blushing, then grinning “… look, every night I play I want to help the team win. To win a game you need all 22 guys. Blake has been really good for us. I would also say Mark Stuart because that guy, he plays as hard as he can every single night. Those two guys, I would say they’re the MVPs.”

And that, in a nutshell, is an MVP answer.

It also explains why the Jets — to borrow Claude Noel’s phrase — are “in such a good place right now.”

Yes, Wheeler and linemates Bryan Little and Andrew Ladd have been dominant of late. The emergence of Alex Burmistrov has given the Jets a legit second line with Evander Kane and Kyle Wellwood. And the play of the defence, particularly the top pairing of Dustin Byfuglien and Toby Enstrom, has been outstanding.

But as every player and coach who has laced up a pair of skates will insist, any success begins and ends with the man guarding the cage. It takes a lot to carry a team. A strong back, an iron will and an ability to forget both the brief moments of glory and of despair.

And these are all muscles Pavelec has used before, both in Winnipeg and four springs ago while leading the Chicago Wolves to an AHL title in his first year as a pro.

So when Noel said earlier this week that he planned on riding his No. 1 goalie in the sprint to a playoff spot, Pavelec’s answer — simply put — would be: ‘What took you so dang long?’

“I’ve said it before so many times: I want to play,” he said. “Every player wants to play. I look at it this way: if the other guys can play all 82 games I don’t see a reason why the goalie couldn’t do that, too. It’s completely up to him… but I’m ready to go.”

Pavelec has posted career-best numbers in wins this season with 25 and has shown a maturity in his game that parallels that of the team. An example: he was admittedly mediocre in a loss to Edmonton at the end of February, but then followed that up with a shutout of Florida and a 23-save performance in Monday’s 3-1 win over Buffalo.

“I wouldn’t say this is the best I’ve ever played,” he said. “I think I can play better. There’s been some tough games this year, but after the bad games we’ve bounced right back. That’s a huge difference from last year.

“But, like I said, there’s 22 guys on the team and every player can make a difference. I feel good. I feel good in the net. I feel comfortable with this team.”

And the feeling, quite clearly, is mutual. 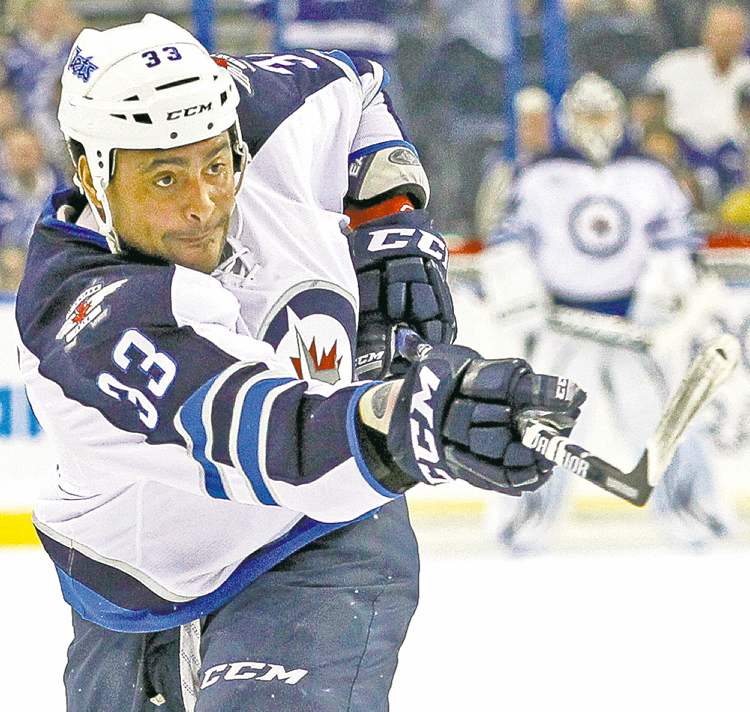