Islanders defenceman would be thrilled to make Canada's Olympic team

He said Tuesday it’s already a kind of accomplishment in his view.

“It was a neat experience, finding out that I was just invited to that camp,” the 23-year-old product of St. Malo, Man., said after the Islanders’ practice at Islanders Iceworks. The Islanders meet the Winnipeg Jets tonight. “There were 40-something players there; to realize you’re one of those selected from Canada is an unbelievable honour in the first place.

“The excitement I had, it was unbelievable. Whenever I’ve played for Hockey Canada, it’s been the best experience of my life.”

Hamonic was one of 17 defencemen invited to the summer orientation camp, at the time with 183 games of NHL regular-season experience.

“Did I feel like I belonged? Honestly I did,” Hamonic said. “I’d be lying to say I wasn’t nervous when I first got off the plane. I definitely was. But hockey’s one of those sports that the guys you don’t know, you get to know pretty quick. And it was good to see guys you do know — it rekindles friendships.

“As far as on the ice and belonging, yeah, I feel like I do. I feel like I’ve done some pretty good things in the league.”

He said he has felt a dose of confidence since being invited.

“There’s a lot of good players that had an opportunity to go and Hockey Canada saw something in me,” he said. “That right there made me not have to feel wary or doubtful about going because they showed that confidence in me. And I have to be confident in myself to know that I did belong.”

While the honour of the invite has not been on his front burner mentally of late — “You don’t want to get off your game and think you have to start doing things that didn’t get you noticed in the first place,” he said — his presence with so many of Canada’s elite players and coaches was valuable.

“Being one the younger players there, I had an opportunity to learn from those older guys and see how they carry themselves off the ice,” Hamonic said. “And the preparation we did with coach (Mike) Babcock and the rest of the staff was really important. You learn a lot from people like that.

“You try to carry it over to your own game and make use of it in your own personal life on and off the ice.

Trying to patch all of that together has not yielded any dividends yet for the Islanders, who are struggling near the bottom of the Eastern Conference these days.

Heading for tonight’s contest at Nassau Veterans Memorial Coliseum against the Jets (6 p.m. TSN Jets, TSN 1290), the Islanders have lost three in a row and share 14th spot with Florida.

It’s a disappointing opening two months for a team that surged to make the playoffs last spring.

“I think it’s obviously a couple of things,” Hamonic said. “Has it gone the way we’ve drawn it up? No. Is it as bad as what everyone thinks it is? No. Hockey, unfortunately, is a game of bounces and waves and you’ll go up and go down. We started pretty well and then we’ve hit a dip in the last three or so weeks.”

“Look back at last season, about one-third the way through when things weren’t looking very good for us at all and we came together as a group and we have a lot of the same players in the room as last year,” he said. “We know that we can do it.” 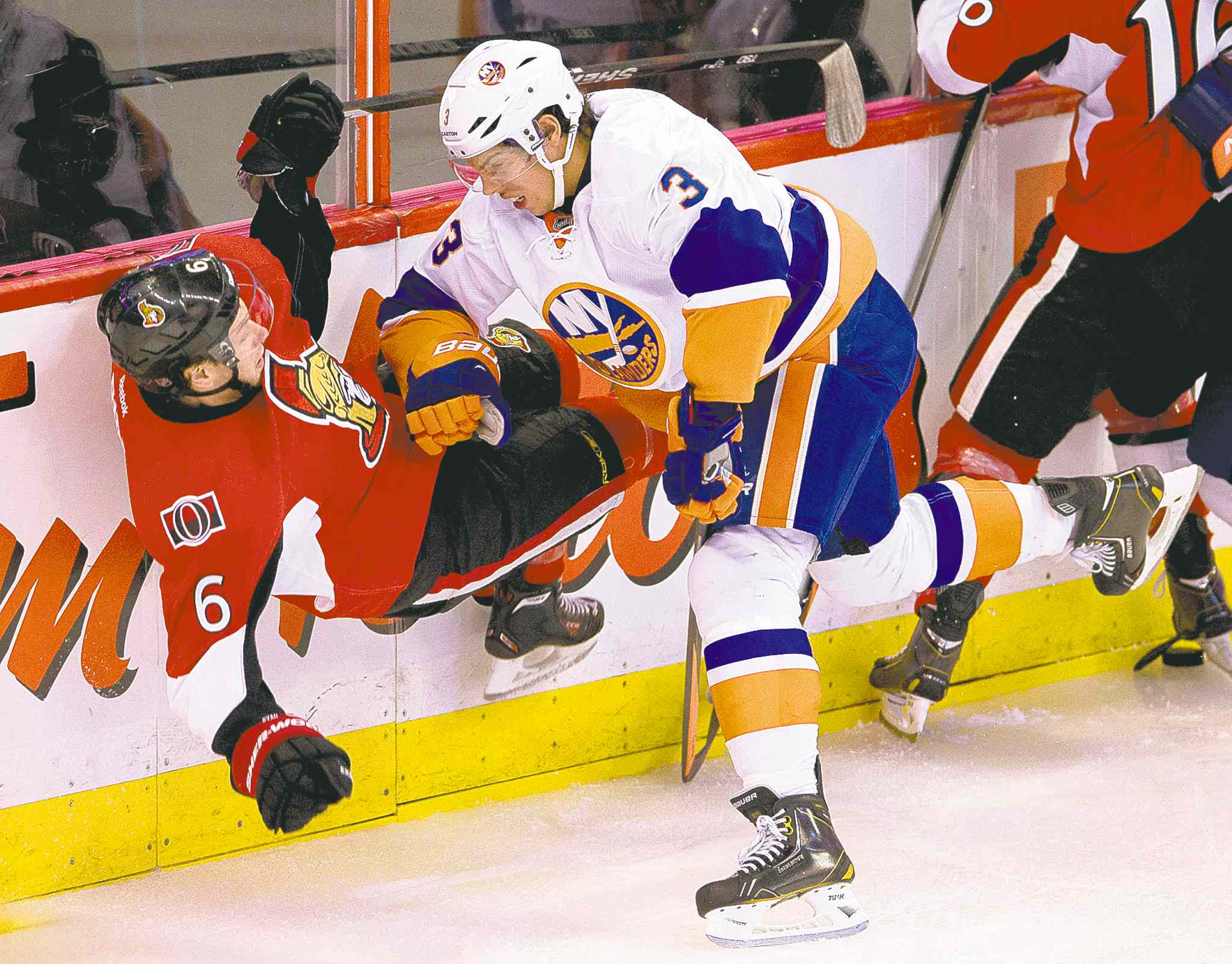