Science can explain the gravity of climate change, but art can be the thing that inspires people to act.

Science can explain the gravity of climate change, but art can be the thing that inspires people to act.

That’s the thinking behind Blink: Stories of Earth and Home, a circus performance by Winnipeg’s Momentum Aerial and Acrobatic Troupe that highlights the beauty of the natural world and the impacts of climate change.

The show has three performances at the Gas Station Arts Centre this weekend.

“I believe that art is a powerful tool to connect with people on a personal level about big issues,” says 20-year-old Maia Thomlinson, who created Blink with her mother, Monica Goermann, the director of Momentum and owner of local performance studio Monica’s Danz Gym.

“In Canada, it’s maybe a little easier to disconnect yourself from these world issues, but when you bring an element of art into it, it enables people to feel things through empathy that they don’t necessarily feel when they read a page of facts.”

Thomlinson grew up practising high-level artistic gymnastics and circus arts and has been collaborating on shows with Goermann for the past six years.

The mother-daughter duo have continued working together since Thomlinson moved to Montreal two years ago to attend the École nationale de cirque.

Blink has been a long-distance labour of love that has come together through many phone and FaceTime conversations.

“It evolves as we bounce ideas off each other based on the different experiences we’re having in Winnipeg and Montreal,” Goermann says.

“I think it’s added something to the show, the fact that we’ve been in two different cities.”

In Blink, 20 young performers tell the story of the Earth in seven acts, with each focusing on a different natural phenomenon and making use of a different kind of circus prop. Identifying which came first, the story idea or the prop, is a bit of a chicken-or-the-egg situation.

“With the acro-pole, for example, it was easy — that was going to involve something with trees.”

An acro-pole is exactly what it sounds like, a vertical pole that acrobats use to spin and contort around.

In the show, it’s the focal point in a scene about a tree hugger and a logger fighting over the last tree in a forest.

In other scenes an aerial hoop is used to mimic a hurricane and a trapeze is used to help illustrate the life of a monkey in the jungle.

Thomlinson doesn’t believe fear is an effective communication tool. So, instead of scaring audiences with stories about mass extinction and rising sea levels, she has decided to focus on the beauty that exists in the world.

“I go outside every day and I see the trees changing colours and I appreciate the stars and it’s so much a part of me,” she says.

“When you love something you protect it and I want to inspire people to do that.”

Thomlinson will be returning to Winnipeg to perform in the show.

Her solo is about her experiences communing with nature and writing poetry at the family’s cabin at Clear Lake in Riding Mountain National Park.

In the past, she’s used her spoken-word poetry to help explain her performances, but this time she wants her movements to speak for themselves.

“Sometimes when we’re communicating through circus and dance we have a story we’re telling and the people may not get our story, but they’re going to get a story,” she says.

“Maybe they’ll get another memory of being out in nature and feeling at peace.”

This isn’t the first time Thomlinson has tackled a global issue in her work with Momentum.

In 2016, she helped create the show Ten Thousand Prayers, which dealt with the global refugee crisis and was based on interviews Thomlinson did with refugees in Winnipeg.

“I grew up with privilege, but I also grew up travelling the world, I got on my first plane when I was nine years old, so I’ve always felt this connection to the world and I’m a very empathetic person and I believe that we can all do our part in the way that is appropriate for us,” she says.

This weekend’s performances of Blink will be the second time the show has been presented locally.

Momentum did a small run last summer, but audiences can expect a higher-calibre show this time around, complete with original music and new choreography.

The troupe, which includes performers in their pre-teens to young adults, went to the World Gymnaestrada — the largest gymnastics exhibtion in the world — in Austria in July and Goermann credits the experience with pushing the group to the next level.

“Having that extra year of working together as a performance team, they have really grown in strength as performers and we’ve been able to take the stories deeper and the movement deeper,” she says. 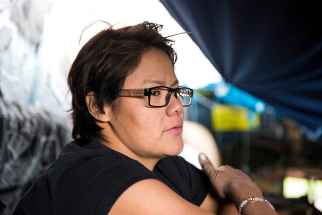 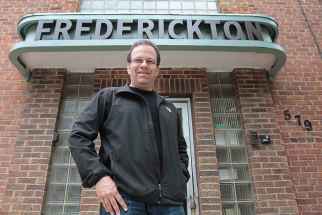 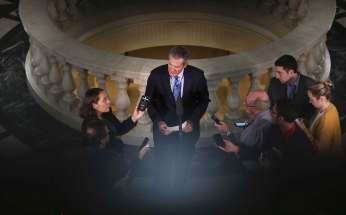 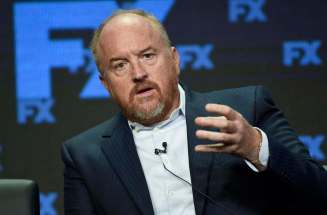 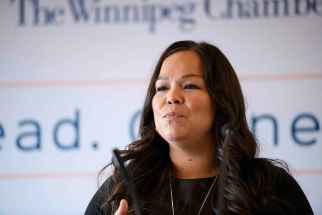 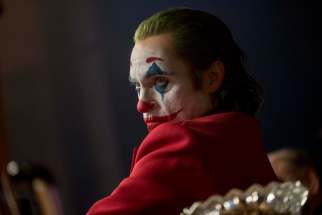 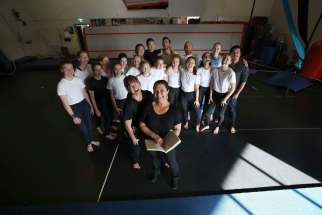 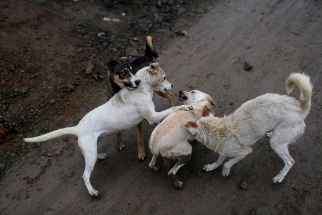 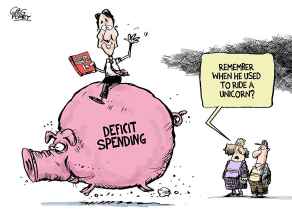 Birth of a supervillain When dogs go wild, people must act