Stars of wonder Five Christmas light displays that will get you in the festive spirit By: Eva Wasney Posted: 7:00 PM CST Monday, Dec. 2, 2019

There’s nothing that can invoke the holiday spirit quite like the twinkling of thousands of tiny light bulbs. Thankfully, there are plenty of ways to get your Christmas-light fix without driving aimlessly through residential streets in search of festive houses.

There’s nothing that can invoke the holiday spirit quite like the twinkling of thousands of tiny light bulbs. Thankfully, there are plenty of ways to get your Christmas-light fix without driving aimlessly through residential streets in search of festive houses.

Like most modern holiday traditions, Christmas lights were born out of a marketing campaign. Thomas Edison, the inventor the first viable electric light bulb, also created the first string of electric lights. However, it was Edison’s friend and business partner, Edward H. Johnson, who dressed a tree with the light-bulb strands for the first time in 1882 in an effort to popularize the lightbulb.

In Manitoba, decorating trees with lights became popular among homeowners near the turn of the 20th century. Bulbs on the first strands of lights were designed to point upwards.

“People thought that the electric light had to be upright because they were used to candles,” says Pam McKenzie, museum administrator at the Manitoba Electrical Museum and Education Centre.

Figural lights in the shapes of Santa heads and birds were in vogue in the 1920s and exterior decorating with cone-shaped five- and seven-watt bulbs became prevalent in the late 1950s, says McKenzie. The museum at 680 Harrow St. has a holiday-light exhibit on now until Jan. 4 and admission is just $3.

After visitng the museum you can share your newfound light-bulb knowledge with friends and family while taking in the following public light displays. 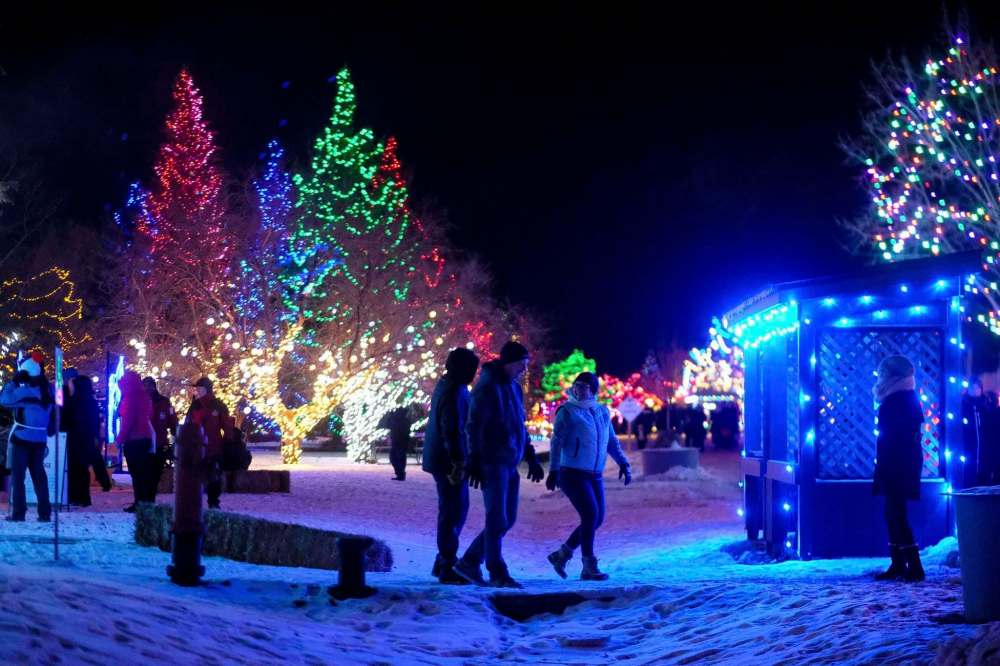 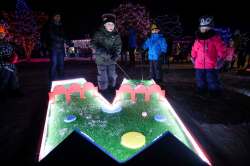 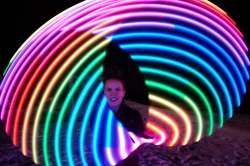 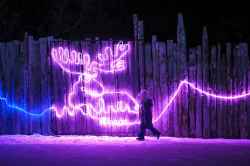 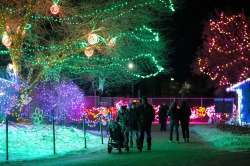 When the sun went down on Saturday, Assiniboine Park Zoo assumed its holiday identity as Polar Town.

During the Zoo Lights Festival, the west side of the park is illuminated with thousands of light installations daily from 5 to 9 p.m. until Jan. 5, 2020. Late-night parties are scheduled Saturdays throughout December and January, as well as New Year’s Eve.

Animal sightings aren’t guaranteed since most zoo residents hit the hay before the evening events start.

Admission starts at $12 and children under two-year-old get in free. Multi-day passes are also available. Find a full schedule of weekly events at the zoo’s website.

The province is kicking off the countdown to its Manitoba 150 celebrations on Dec. 14 with a display of 300,000 LED lights, dubbed Illuminate 150, at the legislature grounds. The free event is 150 days out from Manitoba Day 2020, May 12, and the light installations will be on display until next July.

Activities begin Saturday at 3 p.m. with snow tube races, a snowshoe obstacle course, visits with Santa, music and free gourmet coffee and hot chocolate. Staff at the Manitoba Legislative Building will host an open house and will collect non-perishable food items for the Christmas Cheer Board.

At approximately 5:35 p.m. a “flip the switch” ceremony will be held to light up the grounds. Interactive displays and Manitoba-themed light sculptures have been provided by Lights of the North. Details at manitoba150.com.

Driving through a winter wonderland

Visitors can enjoy the tour from the comfort of their warm vehicles, but there are also spots to pull over and take some Instagram-worthy pictures of the lights.

There is an outdoor skating rink in the park and free horse-drawn sleigh rides on weekends. Free 3D glasses are available for the first 100 cars through the gates Wednesday nights.

Winter Wonderland is open from 6 to 10 p.m. until Jan. 4, 2020, except for Christmas Day. Advanced tickets start at $15 at redriverex.com and vehicle passes are $20 at the gate. Proceeds from the event support programs at KidSport Manitoba and the Riverview Health Centre.

Lights of the North is back in Winnipeg for a holiday event for those who love light displays but hate the cold. The Chinese lantern festival set up last fall at Red River Exhibition Park with sprawling installations, a market, food vendors and entertainment performances. This winter, the organization will move into the Hudson’s Bay downtown starting Thursday, to Jan. 5.

There will be Christmas-themed 3D light sculptures and light tunnels occupying more than 80,000 square feet of unused space in the downtown department store. Family activities include face-painting, Santa Claus, elves and a dedicated kid zone. Shoppers can stop by a holiday market and pick up a snack from onsite food vendors. Live music is also scheduled.

Lights of the North operates most weekday evenings and weekend afternoons during its residency. Family tickets start at $64.99 and adult admission starts at $19.99. Kids three and under get in free. Find more information at lightsofthenorth.ca.

Sit back and enjoy the sights

You can check out some of Winnipeg’s best dressed holiday homes while saving a little gas money with a Christmas light bus tour through Heartland International Travel and Tours.

Travellers are invited to play holiday-themed bingo and trivia for a chance to win prizes and Christmas music will be playing throughout the trip.

One thing on premiers’ minds: money

Nothing came easy, that’s why this is so sweet

Nothing came easy, that’s why this is so sweet The diary of Susan Garfield