Poems by local writers are being turned into public art pieces, rolling through the city on buses and hanging in the windows of neighbourhood libraries.

Poems by local writers are being turned into public art pieces, rolling through the city on buses and hanging in the windows of neighbourhood libraries.

The Winnipeg Words project is a celebration of contemporary poetry and the brainchild of the Winnipeg Arts Council and Di Brandt, the city’s inaugural poet laureate. Work by Brandt, Shirley Camia, Rosanna Deerchild, Catherine Hunter, Charles Leblanc, Sharanpal Ruprai, Katherena Vermette, Duncan Mercredi and Chimwemwe Undi has been selected for the project.

“I’m excited to be part of a project that puts poetry in front of people,” says Undi, a 26-year-old poet and recent law school graduate.

“I think a lot of people say that they don’t like poetry, but… there’s a huge amount of variety in poetry and the stuff that you learned in high school is not necessarily a great representation of what there is out there.”

Undi herself had an atypical high school poetry experience. Drawn to the artform by a love of music lyrics, she became a member of her school’s poetry club, where the focus was on enjoying verse instead of analyzing it. That informal, approachable relationship with poetry has guided her writing and spoken-word performances over the last decade.

“I think the benefits of a public art project like this and of spoken word are the same, in that they aim to make poetry accessible,” Undi says. “To bring it out of the classroom and the coffee shop and into people’s daily lives.”

In her own life, reading and writing poetry has kept her grounded while starting work as an articling student and throughout the coronavirus pandemic.

“For me, it’s really about connecting to other people,” she says “That a poem about what can seem like a really individual and idiosyncratic experience can speak to so many people reminds me that we are all connected.”

An excerpt of Undi’s poem, On Naming (after Audre Lorde), will be posted at the Millennium Library as part of the Winnipeg Words project.

“I think a lot of people say that they don’t like poetry, but… there’s a huge amount of variety in poetry and the stuff that you learned in high school is not necessarily a great representation of what there is out there.” – Chimwemwe Undi

When she wrote the poem in 2017, she was thinking about Lorde — an American writer, feminist and civil rights activist — and the ways Black women have been excluded from feminist movements. Three years later, the work still resonates.

“Frustrations and insights that were expressed by somebody writing decades before I was even alive, still felt really pressing and urgent — and even more so now,” Undi says of Lorde’s work. “I find it actually a little bit sad to think about how the exclusion of Black people from stories, historical and fictional, remains relevant.”

Undi hopes having her work posted downtown will inspire passersby to explore poetry in their own way.

“I’d love for this to be something that introduces people to a poem that they love,” she says.

Duncan Mercredi’s poem Children of the Earth will be installed at the Transcona Library. The piece was selected from Mercredi’s 1992 poetry collection, Dreams of the Wolf in the City, and is a meditation on his connection to the land growing up on Misipawistik Cree Nation, otherwise known as Grand Rapids.

“Our ties were with the land,” says the Cree and Métis writer and storyteller. “Everything that we learned was land-based — how to survive, how to honour that connection we had with the Earth.”

At least, that’s where he thinks the poem came from. Unlike Undi, Mercredi actively avoids revisiting old work.

“I rarely go back to what I’ve written,” he says. “To me, the writing is just a release, it’s something I’m thinking about, so I write it out and then it’s done.”

His introduction to poetry came from his kookum, Charlotte Mercredi, who was a constant and talented storyteller.

“The stories that she told were legends and maybe some personal stories, but… the way she told stories was more poetic than the way we tell stories now,” he says. “You influence the way the story is told when you tell it orally as opposed to reading it.”

“The stories that she told were legends and maybe some personal stories, but… the way she told stories was more poetic than the way we tell stories now.” – Duncan Mercredi on his kookum, Charlotte Mercredi

Mercredi started writing poems when he had to leave his community and travel to Cranberry Portage for high school.

“I started writing mostly just to remember what it was like to be at home and that evolved into a kind of poetic form.”

While Mercredi isn’t convinced many commuters will notice the Winnipeg Words panels while waiting for the bus, he hopes his work resonates with those that do look up from their phones.

“I hope it (gives) maybe a little more understanding of the way we think,” he says. “People like to think of Canada as this unified country, and I don’t see it that way. I think we’re more divisive than we are unified.”

Mercredi is Winnipeg’s poet laureate for 2020-21, a role that has taken the self-described “isolationist” well out of his comfort zone, but has resulted in a flurry of new writing that can be found on the Winnipeg Arts Council website.

A full list of poems included in the Winnipeg Words project can also be found at winnipegarts.ca. 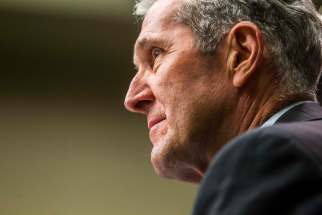 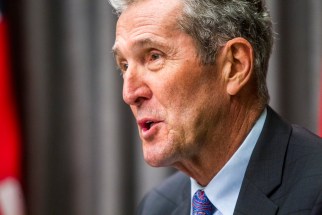 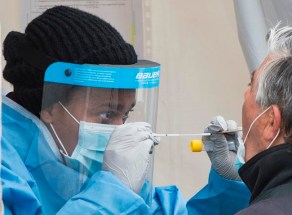 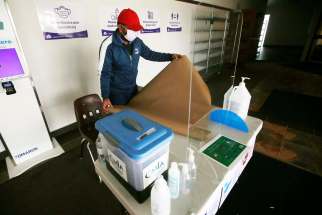 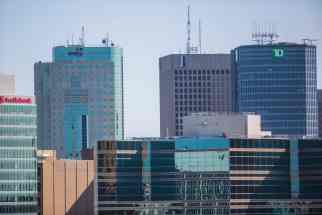 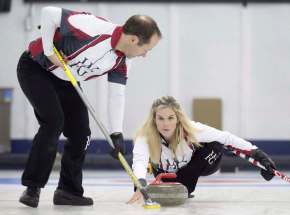 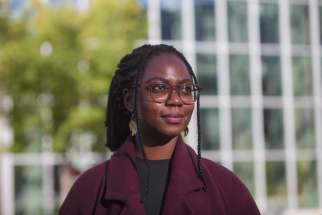