What started as a pandemic project has turned into the next big show at the Winnipeg Art Gallery.

What started as a pandemic project has turned into the next big show at the Winnipeg Art Gallery.

The exhibition is called In Place: Reflections of Manitoba, a collection of paintings, prints, sculptures, garments and installations that celebrate the works of the province’s artists going back to 1970. It opens Saturday.

It’s curated by Riva Symko, the gallery’s head of collections and exhibitions, as well as its curator of Canadian art. She was hired in January, and two months later, like so many others, was forced to work from home, owing to the COVID-19 pandemic. The gallery had to close for about two months until the province allowed museums and galleries to reopen, following social-distancing guidelines.

“I felt like this was a great opportunity for me to dive into the WAG’s permanent collection, really get to know it in a hand’s-on way, says Symko, who grew up in Rocky Mountain House, Alta., and most recently was an assistant professor for art history at the University of Alaska-Anchorage and director of its Kimura Gallery.

“Since COVID has limited our regular curatorial abilities to do studio visits or to connect with the artistic community locally, I thought I could also use this as a chance to learn about the community I just arrived to… It’s really a celebration of what the contemporary art community has produced in the last half-century.”

While In Place is an all-Manitoba exhibition, it wasn’t planned to be a Manitoba 150 project, she says.

“In May we were forced to postpone our planned exhibitions because of the COVID shutdown. They included a lot of loans from other institutions across the country that were also shut down. So it wasn’t possible to do those shows anymore,” Symko says.

In Place: Reflections of Manitoba includes works from a who’s-who of Manitoba artists, many of whom have made their mark across Canada and internationally.

Those include Daphne Odjig, the First Nations artist who received much of her acclaim during her time in Winnipeg in the 1970s. She founded the New Warehouse Gallery in Winnipeg that gave opportunties to Indigenous artists and helped form the Professional Native Indian Artists Association, also known as the Indian Group of Seven.

Thunderbird Woman, a 1973 work Odjig made using serigraphy, or silkscreening, is a highlight of the exhibition. It’s a vivid, expressionistic image that is half-woman and half-bird that may prove familiar to those who attend or work at the University of Winnipeg. In 2018, Mike Valcourt and Peatr Thomas re-created Thunderbird Woman into a 10-metre tall mural there as part of the Wall-to-Wall Mural and Culture Festival.

They range from the abstract painted aluminum work Blue Stratas, created by Winnipeg’s Tony Tascona in 1973, to two whimsical prints by city artist Diana Thorneycroft, Portrait of Winnipeg (Life is Like a Box of Chocolates and Auditions for Eternal Youth) and Root Dress, a striking steel installation by Barb Hunt of a tree root shaped to look like a dress.

Crafted, the Winnipeg Art Gallery’s annual holiday sale of crafts that was to hold its fifth anniversary in 2020, is going online.

The juried craft sale includes pieces from Manitoba, Nunavut and the Northwest Territories has packed in as many as 4,000 people to the WAG in a weekend, making it one of the city’s biggest holiday craft shows.

Crafted, the Winnipeg Art Gallery’s annual holiday sale of crafts that was to hold its fifth anniversary in 2020, is going online.

The juried craft sale includes pieces from Manitoba, Nunavut and the Northwest Territories has packed in as many as 4,000 people to the WAG in a weekend, making it one of the city’s biggest holiday craft shows.

Restrictions on public gatherings caused by the COVID-19 pandemic, however, has forced the WAG to launch craftedsale.ca, an online portal where visitors will be able to view and purchase the works Nov. 6-8.

The show is presented by the Manitoba Craft Council, the Nunavut Arts and Crafts Association, Northwest Territories Arts and the Edmonton-based Royal Bison Art Fair.

In all, 58 Manitoba artists are represented in the 126 works in the exhibition.

Symko says the exhibition allowed the WAG to show off some of its lesser-known works that haven’t emerged from its vault in a while.

One of her favourites is the installation Purifier by Brandon artist Chris Cooper. It’s a bronze cast sculpture of a dog, a German short-haired pointer to be precise, but a small fan protrudes from the noble-looking canine’s chest and it whirls quietly on occasion.

“The artist has written about how she created this while on a trip to Italy and noticing large cities are being overrun by pollution and the smog and the fan on the dog represents the urban animal’s response to climate change and pollution but carrying on with everyday life,” Symko says.

Another exhibition that opens Saturday, Inuk Style, provides a taste of what’s to come for the WAG. The Inuit Art Centre nears completion — passersby can see its curvy exterior at the intersection Memorial Boulevard and St. Mary Avenue — and the new show of exquisite garments and jewelry are part of the gallery’s vast collection of Inuit art as well as the fine art collection loaned to the WAG by the Nunavut territorial government.

“Being that the WAG has the largest collection of Inuit art, we always try to have an exhibition within the gallery that highlights Inuit art in one way. It’s leading up to the opening,” says Jocelyn Piirainen, the assistant curator for Inuit art at the WAG. “A lot of their pieces have not really been shown elsewhere and it’s great to have the opportunity to showcase them.”

The exhibition includes several parkas, and they show how Inuit artists blend an Arctic necessity with beauty, using fine embroidery and beadwork, fur, carved stone, caribou antlers and even ivory from walrus tusks to create part garment and part artwork.

One fine example is Mittens, by Mona Rebecca Ittiraqtaataq, an artist from Taloyoak, Nunavut, a community in the western part of territory, located about 2,200 kilometres directly north of Winnipeg.

“I thought they were quite wonderful and beautiful. They may be simple, but when you look close at them, you can see the seamstress that made them put a lot of work into them and a lot of love into them as well,” she says. 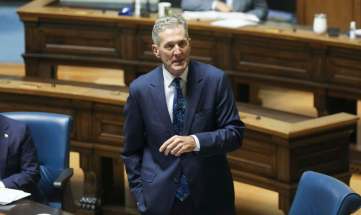 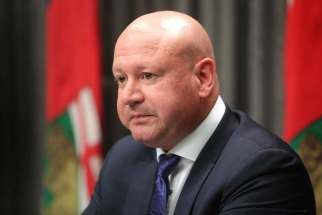 Human nature could be bigger threat than COVID 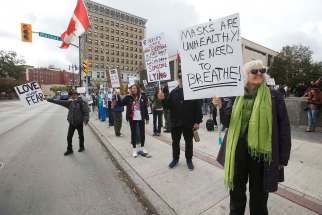 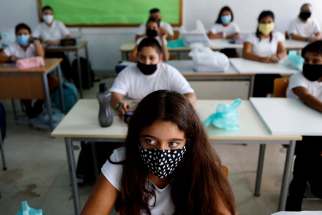 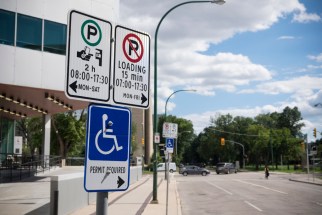 Dawes living the dream in the KHL 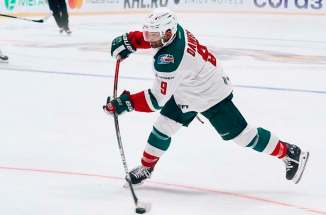 All-Manitoba exhibit showcases mix of works from the WAG vault 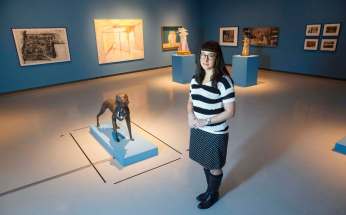 The redevelopment of the former PSB site will reshape Market Lands 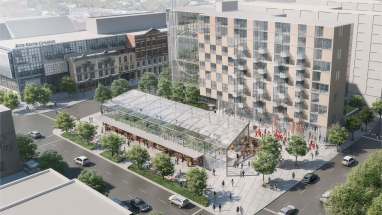 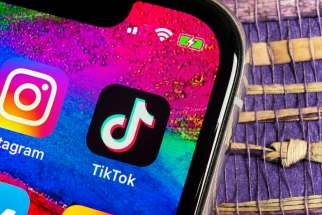