Le Burger Week is a special time of year when Kevin Ramberran’s bread and butter becomes a mainstream fascination.

Le Burger Week is a special time of year when Kevin Ramberran’s bread and butter becomes a mainstream fascination.

“Burgers we know, burgers we understand,” says the co-owner of St. James Burger and Chip Co. “Burger Week is absolutely the busiest period of time… we usually do over a month of sales in one week.”

Last September, the fast-casual diner on Ness Avenue flipped more than 4,200 burgers during the seven-day food festival. This year, the national event is running for two weeks, from Sept. 1 to 14, with more than 215 restaurants participating across Manitoba.

Ramberran is gearing up for another busy affair.

“We are often lined up throughout the day, but it’s very efficient,” he says. “It’s also the only thing we sell during Burger Week so it’s a little bit easier for us to turn out high volumes.”

This year’s submission is the Cinn City: a chorizo and beef patty topped with New Bothwell cheese; local bacon; a celery, apple and fennel slaw; and pineapple hot sauce served on a cinnamon bun from Gunn’s Bakery.

Coming up with a burger fit for competition has been a creative and logistical challenge in 2021 — when pandemic-related product backlogs and a local drought have made it trickier (and more expensive) to source certain ingredients.

“Word on the street is that beef is supposed to be getting more and more expensive over the next little while,” says Ramberran, who previously noticed a sharp increase in the price of ketchup owing to production line issues owing to COVID-19.

“I think everybody’s been conditioned over the last year and a little bit to be more nimble with these things — we’re communicating with our suppliers a lot more than we used to in the past.”

For Lance Magnaye, head chef at Amsterdam Tea Room and Bar, staffing has been a bigger concern than supplies. As with many restaurants, the Exchange District eatery has had a hard time filling kitchen and front-of-house positions amid the pandemic.

“I was (short staffed) a week ago, but the right people answered at the right time,” Magnaye says. “I’m giving them my full attention this week to get them trained up because it’s gonna be hectic.

“The whole two-week situation is amazing­­ — it’s good for the restaurant — but we’re asking more out of our staff.”

Amsterdam’s feature is the ATR Burger, a quarter-pound Angus patty served on a Gunn’s onion bun topped with Indonesian spiced tomato sauce, purple cabbage, green onions and crispy onions. Magnaye was inspired to create a burger that aligned with the popularity of Indonesian cuisine in the Netherlands.

This year marks the 10th anniversary of Le Burger Week — which was founded by a pair of Montreal entrepreneurs — and the first year Roughage Eatery will be taking part in the event. Jessie Hodel, chef and co-owner of the Sherbrook Street vegan restaurant, is hoping lessons learned during Le Vegan Week and Fried Chicken Fest will carry them through.

“We’re expecting it to be pretty crazy,” says Hodel, who runs Roughage with her wife, Candice Tonelete. “We have such a tiny kitchen, so we’re just going to do a few items, try to do them really well and hope for the best.”

Roughage also doesn’t have a deep fryer, so kitchen staff will be busy pan-frying the restaurant’s featured Hunny Spicy Chicken Burger to order. The patty is a “labour of love” made of seitan — a wheat gluten-based meat substitute — and coated with panko bread crumbs that has been perfected over many, many hours. The burger is served on a kaiser bun with pickles, lettuce, red onions, hot soy mayo and a “honey” sauce made from an apple juice and chamomile tea reduction.

It’s one of seven vegan options available locally during this year’s event; Hodel hopes to see more in the future.

“You don’t have to have a traditional beef burger for it to be a delicious burger,” she says, pointing to the growing popularity of plant-based burgers as an example. “We have a lot of carnivore and omnivore customers too and it’s so nice to see them enjoying our food as much as any other food.”

Visit leburgerweek.com for a full list of participating local restaurants and to vote for your favourite burger.

With more than 200 restaurants flipping patties over the next two weeks, there’s no shortage of options during Le Burger Week. Below is a sample of some of the specialty sandwiches on offer: 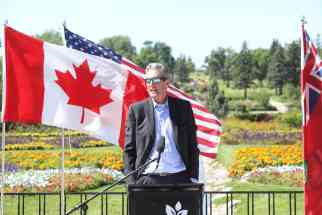 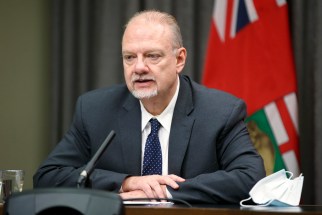 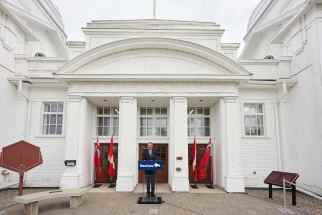 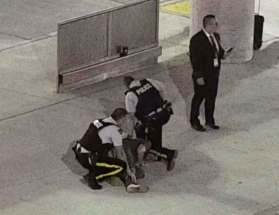 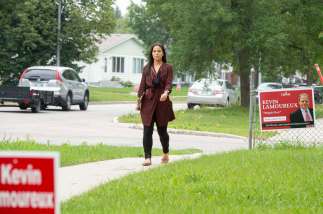 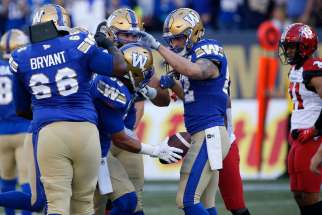 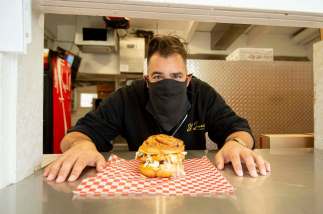 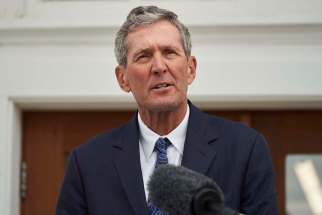 Win over Stamps entertaining, enlightening No choice but to leave now