Steam billows into the kitchen as Jimmy Le pulls the lid off the wok. He moves slowly, careful not to spill the batter, as he lowers a shallow cake pan into the hot-water bath. The next time he lifts the lid, the pale gold liquid will have transformed into a dense, sticky dessert signifying growth and upward momentum for the year ahead.

Nian gao, which translates to new year cake, is a simple dish to make, but one that comes with fond memories for Le.

“My dad has a cousin who lives in Winnipeg and when they bring over things like red envelopes (containing monetary gifts) and New Year’s snacks they would always bring along (nian gao) as well,” says the 24-year-old pharmacist. “(It’s) one dish that brings together both my close and extended family during the holiday season.”

Visit winnipegfreepress.com/homemade to learn more about the project and submit your own recipe. Each submission will be entered into a draw to win copies of the cookbook, Free Press swag and other prizes.

Dishes can be cherished family favourites or everyday staples — just make sure to tell us the story behind the recipe.

While the cake is a staple during his family’s Chinese New Year celebrations, it’s not as widely known as other traditional holiday fare, such as dumplings, fish and noodles. Locally, it’s rare to find nian gao in grocery stores or restaurants, Le says. That’s part of the appeal.

“You probably wouldn’t be able to find it anywhere here,” he says. “Unless it’s made from home.”

The dish is a mixture of cane sugar, glutinous rice flour and water that, when steamed, becomes a subtly sweet, chewy dessert with a texture akin to Japanese mochi.

Most of the food consumed during the weeklong Chinese New Year is steeped in meaning. Noodles, for example, signify longevity, while fish is linked to prosperity. Eating nian gao is considered lucky because it symbolizes progress and moving into a higher position in life.

“The dish is mostly sugar,” Le says with a laugh. “I think most people like sweet things.”

With guidance from his mom, Le has started making nian gao himself in recent years. As the oldest of three children, he feels a responsibility to carry on his family’s cultural traditions.

Visits with family in China have been few and far between, but several years ago, his grandparents came to Winnipeg. It was during that trip he decided to start learning more about his heritage through food and language — Le speaks Cantonese at home with his parents and is working on improving his reading and writing comprehension. It’s a personal journey that has led him to connect with Winnipeg’s wider Chinese community.

During university, he got involved with the Winnipeg Chinese Cultural and Community Centre and started spending more time in the city’s Chinatown neighbourhood, which was established on the outskirts of what is now the Exchange District during the early 20th century.

“I was very happy that I stepped into the scene,” Le says. “I met a lot of people that were like-minded and were also learning more about their roots as first-generation Chinese in Canada.”

At home, cooking has been a way to tap into his own family’s history.

“I really want to learn more about my own cultural cooking so that it doesn’t get lost,” he says. “I can make just a few dishes, but my mom has this reservoir of dishes that she learned from her parents.”

Le’s mother, Ai Fen, grew up in Guangzhou, a port city in southern China near Hong Kong. She immigrated to Canada after meeting her husband, Choi Le, who was born in Cambodia and fled to Winnipeg as a refugee of the Cambodian Civil War in the 1970s.

Using a large pot, begin bringing some water up to boil with a steaming rack (or upside down heat proof bowl); this will be used to steam the cake later.

Place all the glutinous rice flour into a mixing bowl, add the sugar-water solution and mix until a batter is formed.

Lightly grease the cake pan with vegetable oil or any neutral oil and pour the batter into a cake pan.

Tap the cake pan against the counter to remove air bubbles and cover the top of the pan with tin foil. Once the water in your steaming pot is boiling, place the cake pan onto the rack and steam the batter at medium heat for 45 to 50 minutes.

To check if the cake is done, you can poke the centre with a toothpick or chopstick. If the toothpick comes out clean, then it is done.

To finish the cake off, you can place a dried red date in the center and sprinkle some toasted sesame seeds on top.

Notes: If you have leftovers the next day, you can reheat by dipping slices into 1-2 beaten eggs and pan frying them. (Similar method to making French toast.) This will allow you to reheat the cake in a pan without it melting or sticking.

Ai Fen worked as a nurse in China, where hospitals employ a combination of traditional Chinese and western medicine practices. As someone who also works in health care, Le is interested in gaining more knowledge from his mom about cooking with medicinal ingredients while creating his own “reservoir” of Cantonese-style family recipes.

“Food always brings people together… (recipes) bring a cultural story as well,” he says, adding that there are many different kinds of regional Chinese cuisine. “Your style of cooking basically shows where you’re from.”

For Le, the New Year, which begins Feb. 1, is a time to celebrate all of the above: food, family and the future. 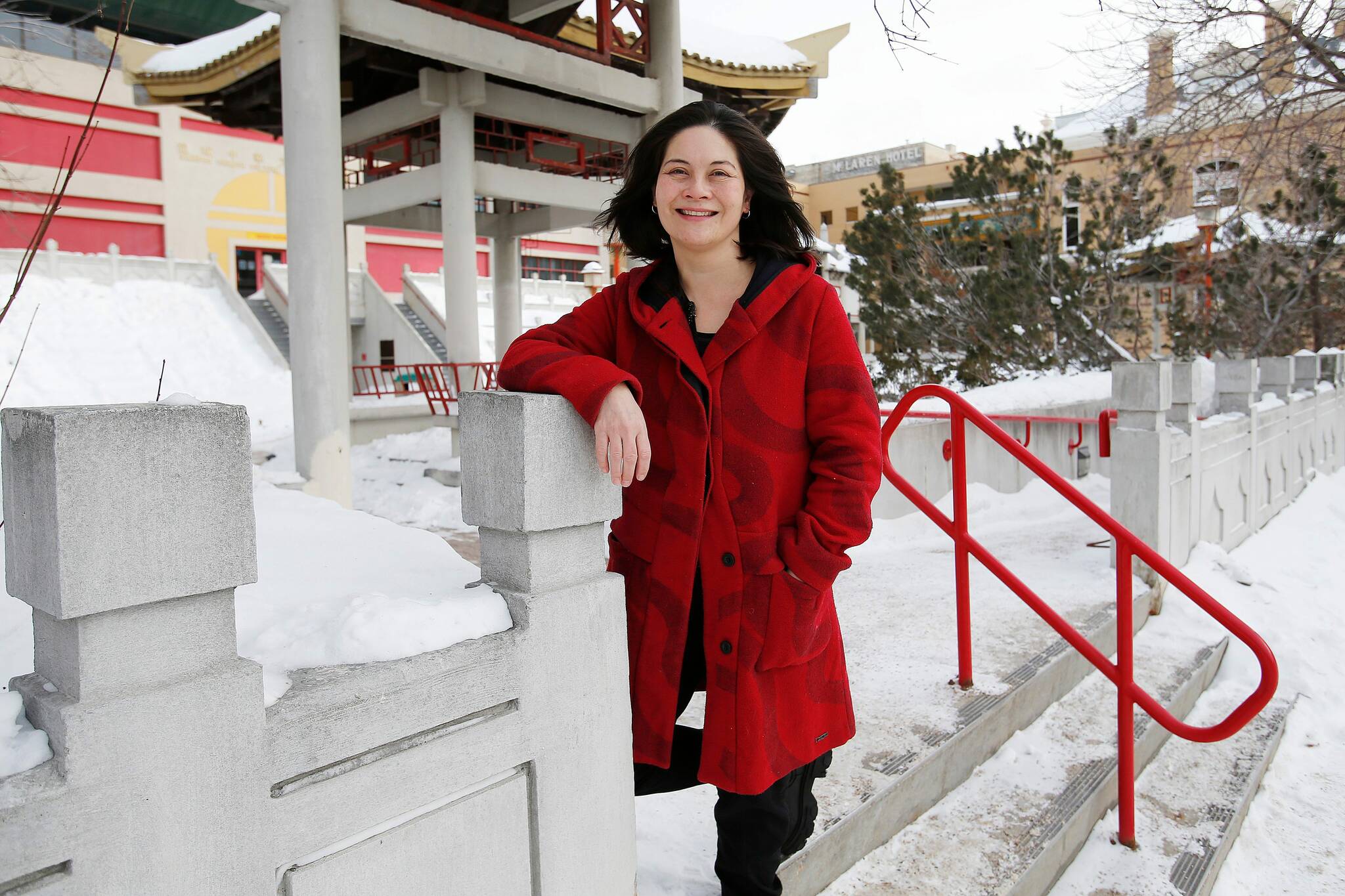