The smell of smoke wafts over the intersection, beckoning passersby to round the corner of the red brick building. Next to the back lane, a handful of logs are smouldering in a small fire pit. Joey Hunter turns a metal skewer over the flames, taking care not to burn the pearly white marshmallows on the end. He pops the sugary treats into his mouth one-by-one and heads off on his way, waving goodbye to Levi Foy, Sunshine House’s executive director, who is tending the fire in a parka.

The smell of smoke wafts over the intersection, beckoning passersby to round the corner of the red brick building. Next to the back lane, a handful of logs are smouldering in a small fire pit. Joey Hunter turns a metal skewer over the flames, taking care not to burn the pearly white marshmallows on the end. He pops the sugary treats into his mouth one-by-one and heads off on his way, waving goodbye to Levi Foy, Sunshine House’s executive director, who is tending the fire in a parka.

Over the last two months, the fire burning at the corner of Logan and Sherbrook has become a place to find warmth, connection and ceremony — and, of course, marshmallows.

To keep its warming fire going into the spring, Sunshine House is looking for firewood donations. The centre at 646 Logan Ave. is currently open afternoons and evenings Monday to Wednesday and during the day on weekends. Visit sunshinehousewpg.org to learn more and sign up for a firewood drop-off appointment.

“Having to wait outside in this weather is just inhumane,” says Foy, explaining that while roughly 100 people stop by Sunshine House each day, only 12 can be in the two-storey building at a time due to pandemic capacity restrictions. “If nothing else, we can offer them a spot by a very windy, loud fire and maybe some cold coffee and a marshmallow while they wait to come inside.”

The warming fire project was spearheaded by Davey Cole, a director of the centre’s Gizhiwenimin program for newcomer families and refugee claimants. The goal was to create a practical place for folks to warm up, while extending the organization’s “auntie’s house” vibes out onto the boulevard. It’s been a hit with community members and staff alike.

“Oh yeah, we all like to hang out around the fire,” Cole says. “Sometimes we’re busy running around doing all the things and it’s really nice to have that half-hour to just sit there and actually be able to talk to people.”

Sunshine House got its start in 1983 as the Kali-Shiva Society, a volunteer-run support group for those living with HIV/AIDS. The centre was later renamed in honour of Dione Sunshine, a queer Indigenous woman from Long Plain First Nation who frequented the centre and died of AIDS in 2000.

While the organization is a lot of things to a lot of people, harm reduction — with a focus on creating a safe space for Indigenous and LGBTTQ+ communities — is the overarching mission.

“It always changes — and that’s kind of the beauty of it,” Foy says of the organization’s objectives. “But also, when you’re working here, that can be one of the challenges… we like to joke that we don’t really know what we do, except that we’re like firefighters in here, responding to different emergencies and crises.”

The curbside firepit has been a fitting complement to the community fire-keeping (and fire-fighting) that happens inside.

While regulars stop by often for a smoke and a chat with staff, the flames have also drawn some new faces to the corner. Foy recently had a wide-ranging, 30-minute conversation with a stranger who was curious about the setup.

“I think for a lot of people, having a fire also takes them back to places they might not have access to anymore,” he says. “He was talking about his dad and going medicine picking and all these sorts of things. We probably never would’ve had that conversation inside here and we never would’ve started our relationship off that way if he were just coming in to grab a meal.”

The fire has also provided some with important opportunities for ceremony in the middle of the city.

“I met a couple people… who couldn’t go up north and home to grieve their relatives and saw the fire and were able to do that,” Cole says. “That was really special.”

George Spence knows the feeling. Sunshine House’s longtime cultural adviser is Ojibwe and Dakota from Waywayseecappo First Nation, a reserve located more than 300 kilometres northwest of Winnipeg. Spence has lost many friends and relatives during the pandemic, but hasn’t been able to return home to attend their funerals. The fire has offered a bridge.

“It’s one of the sacredest things we have as Indigenous people. It’s one of the connections between us and the Creator and the ones that are in the spirit world,” he says. “I can go there, do my own little ceremony, offer that tobacco, say my prayer and it makes me feel better… it’s like they have never left, because in our ways there’s no such thing as dying, we just continue that circle of life.”

Spence was happy to bless the fire when it was first lit back in January and was eager to share another blessing on a recent weekday afternoon.

With tobacco in his left hand, Spence says a silent prayer and holds the medicine up to the cold, grey sky in each of the four directions before offering it to the fire. Cars roll through the busy intersection while he sings and drums an Ojibwe honour song — every so often a driver cranes their neck to catch a glimpse of what’s going on.

For his part, Spence is glad Sunshine House is providing light and warmth to those who need it.

“When you’re going to the spirit world, ‘Go to the light,’ they say, ‘It’s gonna be safe there.’ This is that light,” he says. “That sacred fire is very important.”

Is there a more iconic Prairie job than driving a Zamboni? 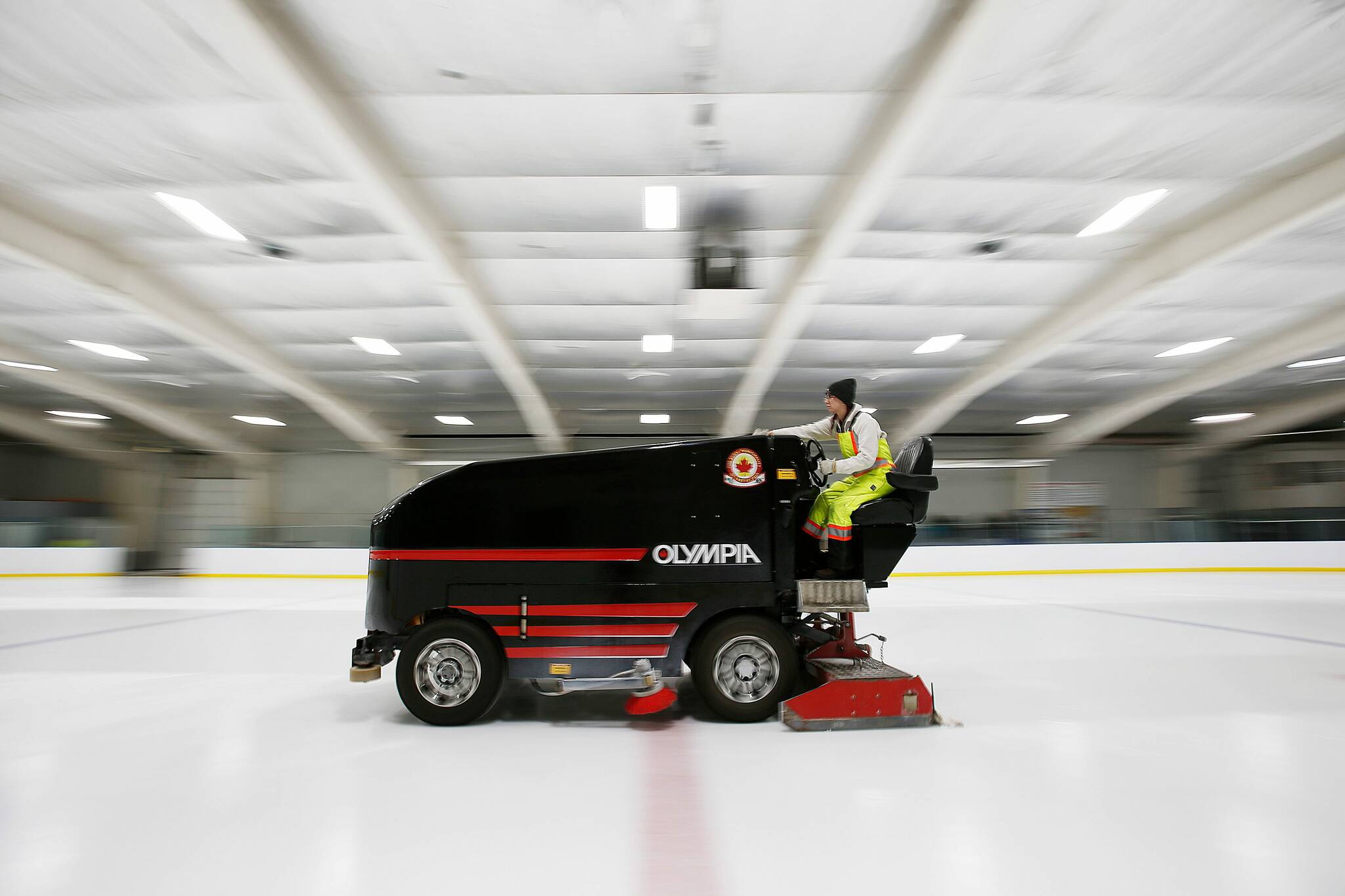 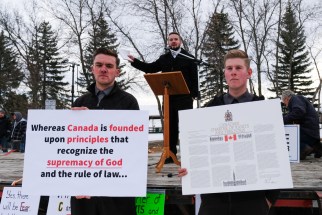 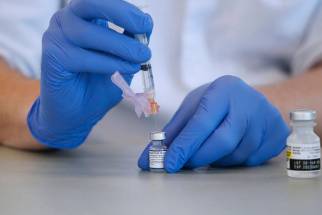 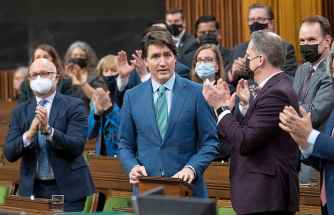 Released from jail without a ride home 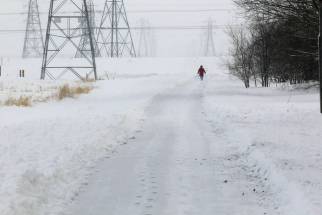 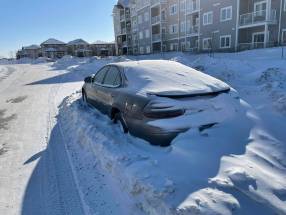 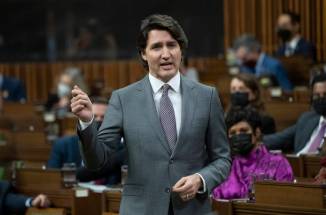 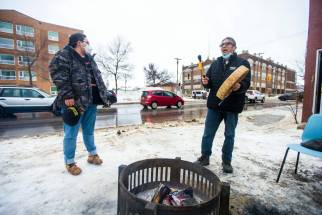 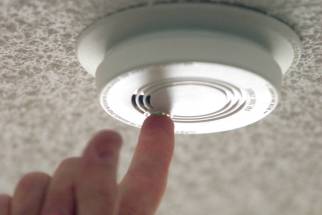