At one point in time, Michelle Trudeau was the proud owner of more than 500 cookbooks.

At one point in time, Michelle Trudeau was the proud owner of more than 500 cookbooks.

The Winnipeg Free Press is publishing a community cookbook this year in celebration of our 150th anniversary.

The deadline for recipe submissions has been extended to Friday, May 27 — one more week to send in your favourite, famous and beloved dishes for consideration.

The Winnipeg Free Press is publishing a community cookbook this year in celebration of our 150th anniversary.

The deadline for recipe submissions has been extended to Friday, May 27 — one more week to send in your favourite, famous and beloved dishes for consideration.

A note: We have received an abundance of dessert recipes and are currently looking for appetizers, soups, salads, mains and side dishes.

Visit Homemade to submit a recipe. Each entry will be included in a draw to win copies of the cookbook, Free Press swag and other prizes.

You can also join our Facebook group for discussions, recipe swapping and event updates.

“I’d rather read a cookbook than a novel,” says the avid home cook.

The collection has been whittled down recently through downsizing and decluttering, but she’s kept a handful of her favourites — mostly of the rare and vintage variety.

One such publication, a slim, dog-eared number with a hand-lettered title, is so rare, in fact, that there are only a dozen or so copies in existence. That’s because it’s a Trudeau family original.

Relatively Famous Recipes (a fittingly punny title) was the brainchild of Michelle’s youngest sister, Deanne Strang, who in 1990 started compiling family recipes as a gift for a niece’s wedding shower.

“It went over so well with her that I made a few more copies,” Deanne, 63, says. “All the sisters wanted everyone else’s recipes.”

There are seven Trudeau siblings, six sisters and a brother, who has died. Getting everyone’s recipes in one place, especially for those living out of town, involved a lot of letter-writing and long-distance phone calls.

Putting the book together was another labour-intensive process. Deanne didn’t own a computer at the time, so she took the project to her sister Jacquie, 66, who ran a small print shop in St. Boniface with her husband. The pair spent a weekend typing up colloquial recipe directions and giggling over clipart.

“We had old books of clipart, where we actually had to cut out the pictures that we wanted… stick them on and photocopy them,” Jacquie says, flipping through one of the folder-bound cookbooks to point out a few of her favourites.

There’s a man nursing what looks to be a hangover under a recipe for Auntie Mike’s (Michelle’s nickname) Famous Black Forest Pot Cake, which includes two ounces of cherry brandy. Below Aunt Jacquie’s Famous French Onion Soup recipe, which calls for canned soup mix, there’s a trio of stern looking older women with the caption: “These St. Boniface ladies do not approve.”

Fry ground beef until brown and add taco seasoning with 180 ml (3/4 cup) of water to the pan. Simmer for 15 minutes and transfer to a pizza pan or shallow dish. Let cool completely.

Blend together cream cheese and sour cream with a hand mixer until smooth. Spread over beef and top with lettuce, cheddar cheese, tomatoes and optional black olives. Serve with taco chips.

Humour is a natural form of communication for the sisters, who joke and rib one another while assembling Michelle’s (famous) taco dip — an easy-to-make dish that gets whipped up for most parties, barbecues and sports viewing events. It doesn’t happen as much as it used to, but cooking together is a lifelong tradition.

“It’s always been a family thing,” says Michelle, 70. “It’s connection and it gives us time to talk about our lives, which are always so busy.”

Phyllis, the late matriarch of the family, instilled a love of cooking in her daughters. Growing up, Michelle, Jacquie and Deanne — along with sisters Anne-Marie, Elaine and Pat — would often help out in the kitchen of the family’s small home on Enfield Crescent.

Relatively Famous is full of home recipes that represent each sibling’s forte. Michelle, for example, is a whiz at cooking yeasted breads, while Anne-Marie is known for her sweet tooth.

The dishes aren’t anything particularly fancy; it’s mostly everyday food that has made over and over again. Like a family photo album, the cookbook also captures special moments in time.

Even though her husband was a government meat inspector, Phyllis was a vegetarian (perhaps as a result of hearing too many on-the-job stories). Each year on her birthday in late June, the family would host a backyard vegetarian dinner in her honour. Dishes such as sweet potato casserole and “green slime,” a Jell-O-based dessert, trigger memories of grandkids playing in the pool and adults rushing around to batten down the hatches.

“There was always a big wind that would come up and whip the tent away,” Jacquie says. “We didn’t get to see each other that often… and it was just a really nice gathering.”

While the sisters frequently use the family cookbook — Michelle’s copy is torn, stained and full of annotations — it’s not in regular rotation for most of their kids. Tastes have changed over the last 30 years, some ingredients are no longer available and a few of the directions require a phone call, or more, to decipher.

“My daughter-in-law… phoned me and said, ‘I don’t understand — it says cook rutabagas until soft and add in a slap of ketchup. What is a slap?’” Deanne says with a laugh while describing the steps to make one of Phyllis’ (famous) recipes: Turnips à la Ma.

“A slap is when you take a (soup spoon) and you go like this,” she says, miming the motion of whipping a spoonful of ketchup into a bowl.

The kids can also still count on their moms to make their favourite dishes for holidays and family get-togethers. One day, however, that won’t be the case. And on that day, Relatively Famous will become more than a self-published cookbook filled with sisterly jokes and dated recipes. It will be a portal into the past and an opportunity to carry on the family legacy of expressing love through food.

Missing: active pathways, millions to pay for them 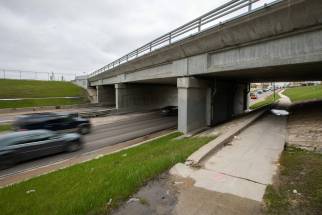 Miserable weather not stopping hardy Manitobans from camping, spending time at the lake 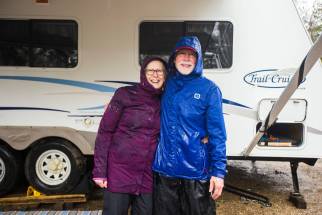 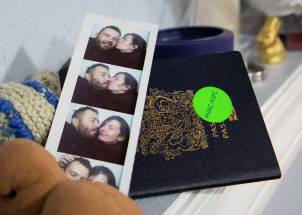 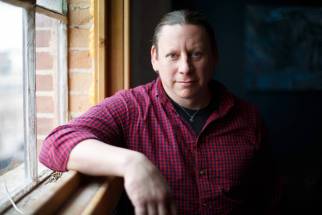 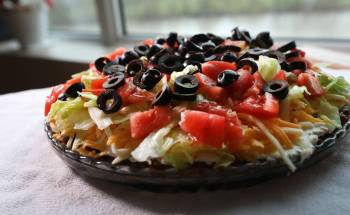 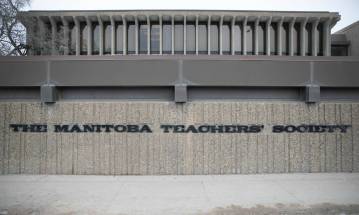 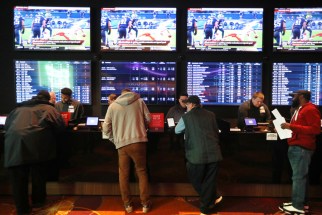 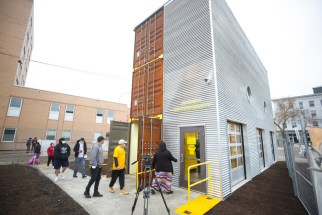