Dappled evening light filters through the branches above while Suzan Palani inspects an overgrown section of bush. The grape leaves she’s looking for are mingling haphazardly with other species of greenery. She wants to be certain before picking.

Dappled evening light filters through the branches above while Suzan Palani inspects an overgrown section of bush. The grape leaves she’s looking for are mingling haphazardly with other species of greenery. She wants to be certain before picking.

To the untrained eye, the nearby Virginia creeper vine — with its jagged leaves and small, toxic berries — could easily be mistaken for that of a wild grape plant. Following the woody stem from its threshold on the forest floor is a fail-safe Palani has learned from years of foraging with her mom.

“It was a big part of my childhood,” she says of harvesting grape leaves in public parks across the city. “And not just mine. It’s really funny, when I talk to other Middle Easterners… they have the exact same stories.”

Palani, 25, is Kurdish, and her family hails from Iran. After fleeing their home during the Iran-Iraq War in the 1980s, her parents spent two decades living in Iraq’s sprawling Al-Tash refugee camp before arriving in Winnipeg when Palani was four years old.

Grape leaves — aside from being the main ingredient in dolma, her favourite dish — have come to represent both sides of her identity. The genus found in local greenspaces is akin to the vines that grow wild in Iran, a long trailing bridge connecting one home to another.

“It reminds me so much of the maple leaf; it looks very similar,” she says of the three-pointed grape leaf. “I feel very connected to my roots and I want to go back home and actually experience what my culture is like. But, at the same time, I also feel really Canadian because I grew up here.”

Today she’s harvesting leaves near the duck pond at St. Vital Park but, growing up, her stomping ground was further west. Summers were spent walking the trails of Assiniboine Park and chatting with her mom while they collected enough greens to freeze and enjoy dolma — a savoury dish of stuffed grape leaves — year-round. During the excursions, the pair would often see other women in hijabs milling around the edges of the forest.

“We knew exactly what they were doing,” Palani says with a laugh.

The foraging trips have become less frequent now that the family has a grape vine growing in the backyard and Palani is in the thick of nursing school.

She’s arrived at the park straight from practicum and is wearing black scrub bottoms and a pair of sensible sneakers while she hunts for the perfect leaves — too big and the sour flavour will be diluted, too small and they’ll be hard to roll. Cyclists and running groups pass by as she snaps the thin stems from the vine.

“These look great; no bite marks,” she says, explaining that this year’s backyard vine has been ravaged by hungry cankerworms. When she gets home, Palani will soak the found leaves in water and vinegar or salt to rid them of bugs and other debris before cooking.

Making dolma is an involved process. After harvesting, it can take several hours to hand-roll and cook a batch, which is often stuffed with a combination of spiced rice, vegetables and meat. (The leaves can also be purchased pickled from the grocery store, but Palani isn’t a fan of the taste.)

Learning to make the dish was an equally involved process. Amid the pandemic, Palani was cast in an interactive theatre production about cultural recipe sharing and personal storytelling. Dolma checked both those boxes.

“You can’t really find it anywhere unless it’s homemade,” she says. “That’s why I think I love it so much. It feels very personal, but at the same time that’s why I wanted to share this recipe with other people, so they could try it.”

Tickets on sale for the Free Press Fall Supper

Join us for an evening of local food and drink for a good cause.

The second Free Press Fall Supper in support of Harvest Manitoba takes place on Saturday, Oct. 1, at the Ukrainian Labour Temple and features a multi-course menu inspired by the recipes in the paper’s forthcoming community cookbook, Homemade: Recipes and Stories from Winnipeg and Beyond.

Join us for an evening of local food and drink for a good cause.

The second Free Press Fall Supper in support of Harvest Manitoba takes place on Saturday, Oct. 1, at the Ukrainian Labour Temple and features a multi-course menu inspired by the recipes in the paper’s forthcoming community cookbook, Homemade: Recipes and Stories from Winnipeg and Beyond.

Homemade is a celebration of the Free Press’ 150th anniversary and the newspaper’s long tradition of home-cooking journalism. The cookbook includes archival and contemporary food stories, as well as 150 recipes submitted by cooks from across the province. It will be available for purchase at McNally Robinson Booksellers, and elsewhere, in September.

This year’s Fall Supper menu is the creation of chef Paul Ormond of Lola D’s Garden Co-op — a boutique catering company that supports local causes through pop-up food events. A fine-dining chef by trade, Ormond worked at 529 Wellington, Sydney’s at The Forks and Sous Sol prior to launching Lola D’s with his partner, Kerri Stephens.

Attendees will enjoy an upscale, four-course meal that creatively incorporates recipes submitted to the Homemade cookbook. The food will be served alongside spirits from Capital K Distillery, wine from Ellement Wine & Spirits and a specialty brew from Nonsuch Brewing Co.

The Ukrainian Labour Temple — located at 591 Pritchard Ave. in the heart of the North End — recently underwent extensive renovations, making the 103-year-old building fully accessible. The Winnipeg Trolley Company will provide park-and-ride transportation from the Free Press building on Mountain Avenue to the venue.

Tickets are $125 per person, with $25 from each sale donated to Harvest Manitoba. Tax receipts will be issued at the event. The evening will also include a silent auction in support of the province’s largest food bank, which distributes food to more than 83,000 Manitobans each month. Funds raised at the Free Press Fall Supper will be allocated to a Harvest food bank program operating in the North End.

Copies of the Homemade cookbook will be available at the event. Visit wfp.to/fallsupper for more information and to purchase a table or individual tickets.

Before she could teach others how to make Kurdish dolma — which are larger and tangier than other varieties found in the Middle East and Mediterranean — she had to learn it from her mother. The first challenge was transcribing a family recipe that had never been written down. A lot of time was spent converting handfuls and pinches into more widely accepted units of measurement.

Still, despite her attempts at precision, the dish never tasted quite like her mom’s. It was a lesson in the value of learning by doing, albeit a frustrating one.

“It’s so annoying,” Palani says. “That’s why she’s always like, ‘You have to sit down with me if you really want to learn.’”

It’s an approach the middle child of five siblings is trying to invoke as she learns more Kurdish dishes in between working and studying. This summer, she challenged herself to make her dad’s specialty: barbecued kebabs. On a warm afternoon, the family gathered around a fire pit at the nearby duck pond while Palani held court over the grill.

“Hearing them say, ‘That was pretty good for your first time’ was amazing,” she says. “It’s something that I’m trying to make more time for.”

Whether it’s sharing a dish with loved ones or strangers, cooking has become a way for Palani to celebrate every corner of her identity.

To prepare the stuffing, rinse rice until water runs clear; add salt and set aside in a large bowl. Peel and halve the onion, reserving one half for later and finely dicing the other.

Heat a pan over medium-high heat and add half the oil, finely diced onion and the chili pepper. Cook for two minutes or until the onion is slightly transparent. Add 3/4 of the tomato paste and dry spices, frying until combined. Add fresh herbs and cook for another two minutes.

Add the cooked tomato and spice mixture to the rice and fold together until evenly coated. Stir in lemon juice and set aside.

Fill a kettle with water and bring to a boil while preparing vegetables. Slice potato into 1/4-inch rounds and remove seeds from eggplant with a paring knife, creating a hollow cup. Season eggplant flesh with a pinch of salt. Separate the remaining onion half into individual layers. Pour boiled water into a bowl and submerge onion pieces in the hot water and let sit to soften.

To fill the dolmas, place one tablespoon of rice mixture near the wide edge of a grape leaf. Fold the leaf over rice and tuck the sides inward while rolling into logs 2.5 cm (1-inch) to 6 cm (2 1/2 inches) long. Repeat with remaining grape leaves, reserving three leaves for cooking.

In a medium-sized pot, add water and remaining oil until the bottom is covered. Lay extra grape leaves in the bottom of the pot and top with potato slices. Add a layer of rolled dolmas, followed by a layer of the stuffed onion and a layer of stuffed eggplant. Top with remaining dolmas.

Combine remaining tomato paste with three cups of reserved onion water, stirring until dissolved. Add liquid to the dolma and place a plate inside the pot, pressing down to compact the layers. Cover and let cook over medium-high heat for 20 minutes. Remove plate from the pot and bring to low-medium heat, cover and let cook for another 15 minutes.

Remove as much liquid or gravy from the pot as possible and set aside. Place a serving plate on top of the pot and flip together in one swift motion. Tap the bottom of the inverted pot before lifting to reveal the layers of cooked dolma. Smother with gravy before serving. 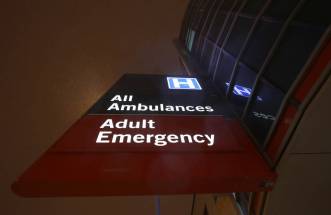 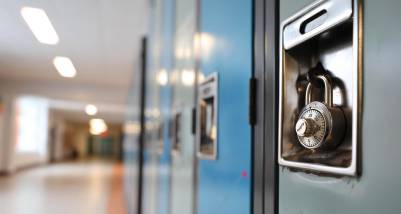 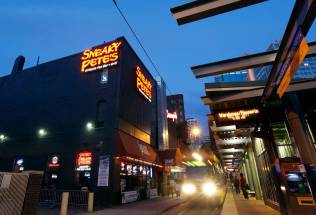 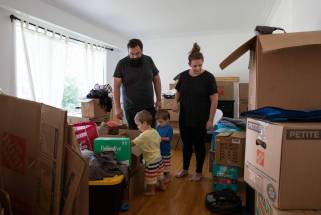 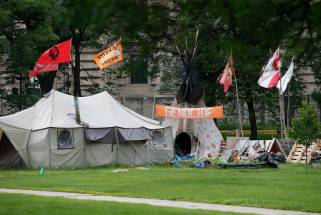 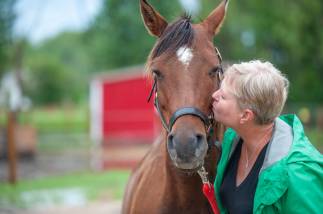 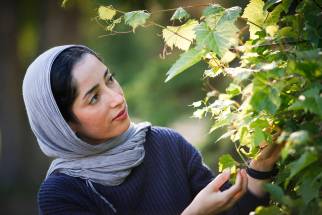 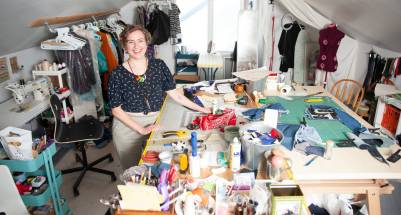 Twinning Trans-Canada should be No. 1 priority 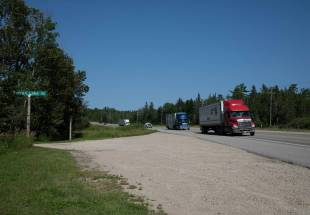 The power of horses She reaps what she sews