There’s a big wide world of coffee-table books out there. The typically oversized, lushly illustrated tomes that tell a story combining words and images in a style that’s as easy to casually browse as it is to read from cover to cover.

There’s a big wide world of coffee-table books out there. The typically oversized, lushly illustrated tomes that tell a story combining words and images in a style that’s as easy to casually browse as it is to read from cover to cover.

If you’re looking for that perfect holiday gift, consider these coffee-table books with a decided arts, life and culture bent as good as any place to start.

Billed as “an explorer’s guide to the world’s hidden wonders,” Atlas Obscura is a familiar sight on the coffee tables of Airbnbs in Brooklyn, millennials, well, everywhere else.

As the popularity of world travel increases, it can be difficult to explore the world in a way that feels truly unique and original. Atlas Obscura offers off-the-beaten-path destinations and ideas that are bound to make your Instagram feed way, way more interesting.

Come From Away: Welcome to the Rock — An Inside Look at the Hit Musical
Text by Laurence Maslon; book, music and lyrics by Irene Sankoff and David Hein (Hachette, 224 pages, $50)

This hefty hardcover delivers an authentic backstage view of Come From Away, the award-winning, longest-running Canadian musical in Broadway’s history. While the 90-minute stage production uses music and lyrics in retelling the story of the air travellers who found themselves in Gander, N.L., on Sept. 11, 2001, Maslon puts the story in context with historical text, interviews and photos. Not a snoozy cod in the bunch here, b’y.

In 2001, 38 planes carrying 7,000 passengers and 19 animals were forced to land in the small Newfoundland town’s airport following the 9/11 terrorist attacks in New York and Washington, D.C. These “come from away-ers,” as they were known, needed food, lodging, kindness and reassurance that life would return to a semblance of normal post-9/11. The townspeople of Gander became synonymous with that level of caring and compassion. Sankoff and Hein’s musical celebrates that.

Come From Away opened to critical and audience acclaim in March 2017. A sold-out, four-week run at Winnipeg’s Royal Manitoba Theatre Centre followed 10 months later. This book will be the ultimate book for the “come from away-ers” and musical theatre fans on your gift list.

This hefty tome serves as a superfan’s companion to the first three seasons of the Emmy Award-winning television show Fargo, based on the Coen Brothers’ 1996 black comedy (and modern American classic) of the same name. (“For Joel and Ethan,” the dedication reads, “those are some giant shoulders.”)

Written by showrunner Noah Hawley (who is also an author and screenwriter), this book collects all manner of behind-the-scenes ephemera, including the original series pitch document, script selections, photography, costume design sketches and more. There are also plenty of interviews with the show’s stellar cast, which includes Kirsten Dunst, Jesse Plemons, Ted Danson, Billy Bob Thornton, Patrick Wilson, Carrie Coon and others.

Insights from the crew — including production designer Warren Alan Young, who talks about his decision to mark the slower pace of time in Minnesota through cars — will definitely inspire a series re-watch. And while it’s a bit text-heavy for a coffee-table book, Fargo: This Is A True Story is beautifully presented, its design borrowing heavily from its Scandi-Midwest setting, where “the sedate innocence of unremarkable American life collides with the lawless frontier.”

And, like a good TV show, the book ends with a cliff-hanger: a sneak preview of Season 4, starring Chris Rock, which arrives on FX in the new year.

There’s a hyper-realistic quality to Itee Pootoogook’s coloured pencil and graphite drawings — both in his technique, and the way he captured everyday life in the Canadian Arctic. Pootoogook grew up in Kinngait, Nunavut (formerly Cape Dorset), and was part of a new generation of Inuit artists that helped reinvigorate traditional artforms. He died in 2014.

Hymns to the Silence is a thoughtful collection of his work, which includes more than 80 of Pootoogook’s meticulous landscapes, portraits and still lifes of fuel tanks, single-storey buildings and recently hunted animals. Essays in English and Inuktitut by artists, curators and academics provide a behind-the-scenes look at the artist’s life and process.

Based on the podcast of the same name by CBS Sunday Morning correspondent (and former Daily Show contributor) Mo Rocca, this potentially morbid collection is actually a testament to lives well lived — or at least lived with flair.

Rocca, along with co-writer Jonathan Greenberg, memorializes people he feels didn’t quite get the sendoff they deserved, from famous actresses to scarcely remembered civil rights pioneers, conjoined twins Chang and Eng Bunker to Sammy Davis Jr., devoting himself to the fascinating trivia and sometimes moving details of their lives. It’s a book designed to be consumed in small bites, with many sections and short chapters (including one devoted to people who share the same date of death; Farrah Fawcett didn’t get her due in 2009, thanks to Michael Jackson’s overlapping June 25 demise).

The drily humorous Rocca isn’t content merely to bid adieu to people; he also pens “mobits” for fads, teams, movements — even empires (farewell, Prussia!). This would make a great gift for trivia lovers, history buffs and/or anyone with an interest in the human condition.

What do you give your friends when you have no money? If you’re Joni Mitchell, you give them a handwritten book of lyrics and drawings.

Morning Glory on the Vine: Early Songs and Drawings was first created by Mitchell for a group of her friends in 1971. Called “The Christmas Book,” only 100 copies were initially printed. Now, released to the public for the first time, Mitchell — considered to be one of the best singer-songwriters of her generation — gifts the world with stunning, evocative work that, until now, has only been seen by her closest friends.

During the busy holiday season where consumerism can feel inescapable, this book is a beautiful reminder of the true simplicity and value of giving.

This book’s smaller stature might almost make it a better candidate for a side-table book, but what it lacks in size it more than makes up for in heart — or, as Nathan W. Pyle’s characters would say, “bloodpump.”

Strange Planet collects some of the four-panel comics Pyle regularly posts on social media, where he has amassed a loyal following for his little alien creatures who, as the book’s cover suggests, “imagine pleasant nonsense.”

Pyle’s blue human-like aliens curiously experience many of the trivial moments humans would encounter daily with literal wide-eyed innocence and enthusiasm. They politely interact with each other using stilted dialogue and funny franken-words to describe early-morning workouts (“pre-star strenuous action”), smoke detectors (the “hotdanger screamer”), buying a “rollmachine” (a car), experiencing a suntan (“star damage”) and so on. It’s baby Yoda-level cute.

Pyle’s creatures capture pure, child-like emotions, stripped of sarcasm. When one creature is sad, its friend requests “mutual limb enclosure” (a hug) and begins “absorbing face fluids” from the other. When it utters “let me absorb,” readers of all ages might feel their “bloodpump” getting ready to burst. 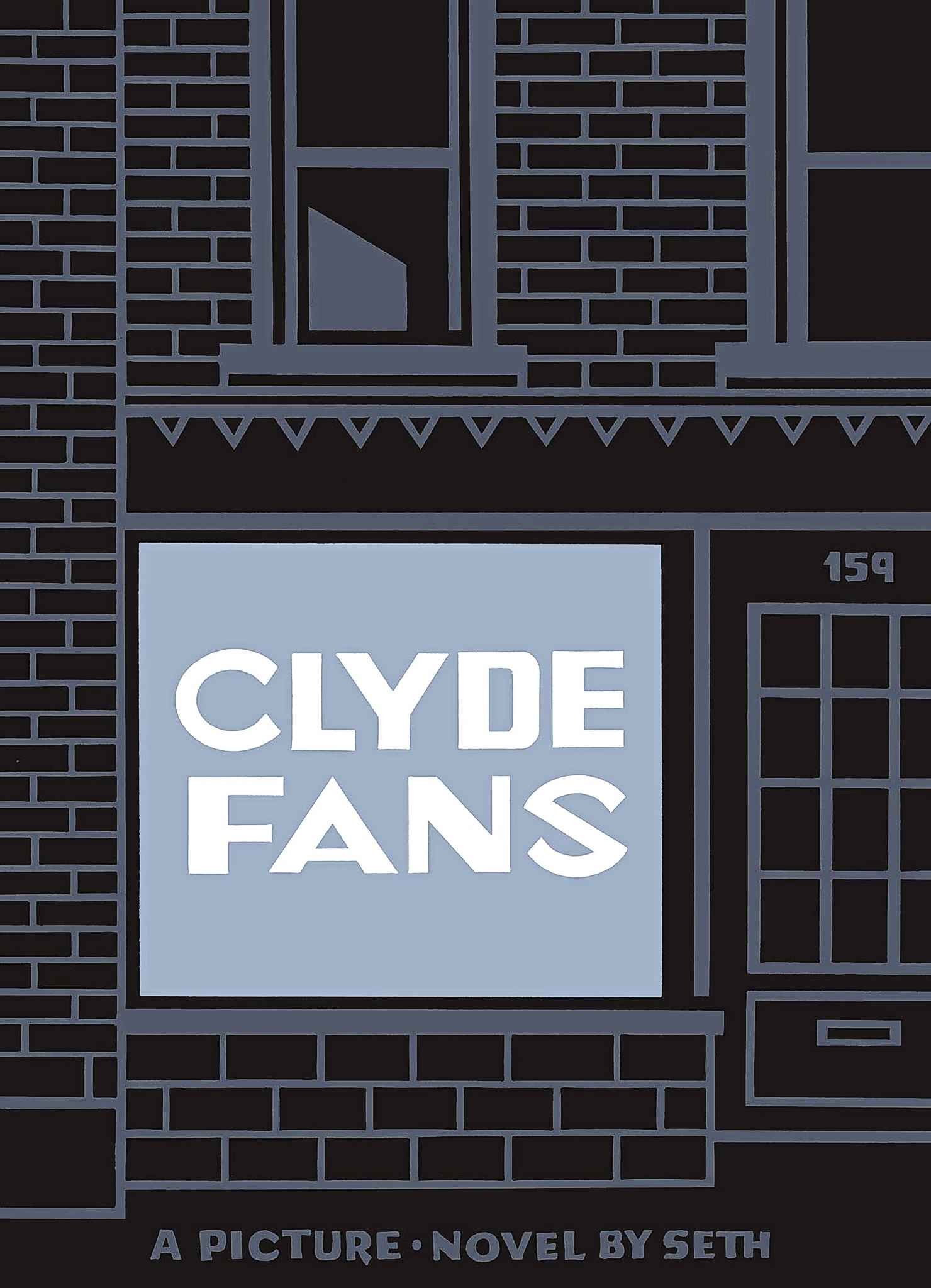