Lost treasure The trees that make up Winnipeg's beautiful, protective neighbourhood canopies are a priceless gift from past generations, and they're being taken from us at an alarming rate By: Melissa Martin Posted: 7:00 PM CDT Friday, Aug. 21, 2020 Last Modified: 8:39 AM CDT Monday, Aug. 24, 2020

In the early days of the pandemic, Oly Backstrom started walking. The world had become very small then: stay home or go to work. He’d never spent much time wandering the streets of his Earl Grey neighbourhood, he says, but as the walls of social distancing closed in, the outdoors began to beckon.

In the early days of the pandemic, Oly Backstrom started walking. The world had become very small then: stay home or go to work. He’d never spent much time wandering the streets of his Earl Grey neighbourhood, he says, but as the walls of social distancing closed in, the outdoors began to beckon.

As he walked, he started noticing the gaps in the tree canopy, where the broad stumps of missing elms sat bared to the sun. And he noticed the trees that were still standing but marked with the “red dot of death,” the round splash of paint to note disease, a sign for saw-equipped city workers.

The more he walked, the more Backstrom — the CEO of SCE LifeWorks, which connects people with intellectual disabilities to the workforce — was rattled by their frequency. It occurred to him that, while he knew the city’s tree canopy was slowly disappearing, he’d never had a clear look at the extent of the loss.

“I thought, I’m walking anyways, why don’t I map it out?” he says, chatting as he strolls down the street.

So he began walking with a mission. Over the ensuing weeks, he criss-crossed an area bordered by Grant Avenue to the south, Corydon Avenue to the north, Stafford Street to the west and Pembina Highway to the east. On a map, he marked each stump with a little black dot; then he walked the route again, this time mapping out all the red dots of death.

By the time he was done, he’d charted over 140 stumps and 40 trees marked for destruction. On the map, the rows of dots spread out in ominous rows, clustered together where disease spread from one tree to another. It opened his eyes to just how much of the canopy was in danger, and how much had already been lost.

“It really sunk in for me how much more extensive this issue is than I’d originally thought,” he says quietly.

As he speaks, the sun beats down on Warsaw Avenue, searing where it finds the gaps between remaining trees. On this block, residents have taken it upon themselves to make some of the stumps more beautiful, blanketing them with abundant gardens and, in one case, painting a stump with whorls of brightly-coloured flowers.

But it’s hard to miss how much the street has changed from what it was. Hard to miss how just the act of walking, pleasant in the dappled shade under the boughs, becomes a slog under the heat of the naked street. That’s the simplest thing about this, Backstrom says: when you go out for a walk, you always head for the trees.

“I’m glad it started a dialogue,” he says. “I think without that documentation, we’re all frogs in the boiling pot. It’s all happening slowly, and we lose track of the magnitude of the issue.”

Winnipeg’s tree canopy is precious in ways that are difficult to capture in numbers. It is one of the city’s most beautiful features; get a high view on a neighbourhood such as Crescentwood or Osborne Village, and that green blanket spans out thick and vivid, broken mostly by arterial streets and the spires of old churches.

Five years ago, I purchased a condo in Osborne Village. The elms outside the windows were one of its best selling features. My balcony is nestled by the leaves; on bright summer days I sit outside, watched by the crows that perch on the branches, watching red squirrels cavort over trunks mere feet away.

One day earlier this summer, I awoke to the growl of a chainsaw outside my window. Across the street, workers cut through one of the trees; I watched until it collapsed to the pavement. As it fell, my stomach dropped with it, lurching with the profound sense of loss of something that watched over my block for generations.

That is just one tree. We are in the midst of losing thousands. Within a decade, experts estimate, all of Winnipeg’s green ash trees — more than 350,000, as of the last inventory — will be gone. The elms, too, are at risk, with rates of loss creeping up in recent years, stalked by the fungal disease that first appeared in the city in 1975.

There are ways to fight back. Some of them take money; others take sufficient public will and education to lead to lasting behavioural change. Don’t move firewood, for instance; burn it where you got it, as beetles can hop rides on firewood to infect new areas. Arborists can treat trees with fungicides or insecticides.

And new trees can be planted, with many experts calling for a more diverse mix of species to make the canopy more resilient; last year, the city issued a challenge to residents and businesses, calling on them to band together to plant one million trees. It’s an admirable objective, but will need far greater support to be achieved.

To plant a tree is among the most hopeful acts a community can do, because it is a gift to future generations. The full potential of the gift takes decades to unfold. It is those who come long after the planters who will enjoy it the most. In this way, the tree canopy is one of the most precious inheritances left to us by those who first built the city.

“I’m glad it (the tweet) started a dialogue. I think without that documentation, we’re all frogs in the boiling pot. It’s all happening slowly, and we lose track of the magnitude of the issue.” – Oly Backstrom

You can see it if you look at old photos. In some shots taken of Winnipeg streetscapes from the early 20th century, the trees were little more than saplings in front of stately new homes.

Decades later, many of those houses are still standing. So are the elms, now spreading out as gentle, towering grandfathers.

If we believe in the city, then their vigil must be protected. It will take many acts of collective determination. It will take advocates — such as the volunteer-run organization Trees Winnipeg — and citizens, governments and businesses. It will take the conviction that this gift that left for us is one that we must cherish.

Until then, we will watch them fall, and maps such as the one Backstrom made will keep adding new dots.

One day it will be easier to map out where trees still stand at all. Maybe then we will walk down the street in the searing heat of the summer, sun beating our brows with no place of cover, and we will ache for what has been lost.

“The neighbourhood that we’ve been invested in, and living in for 24 years, is going to change rapidly and radically in the next couple of years if we maintain this course,” Backstrom says.

“That does really sadden me, because it doesn’t have to be that way.”

City residents left in a slump, as they look at the stumps 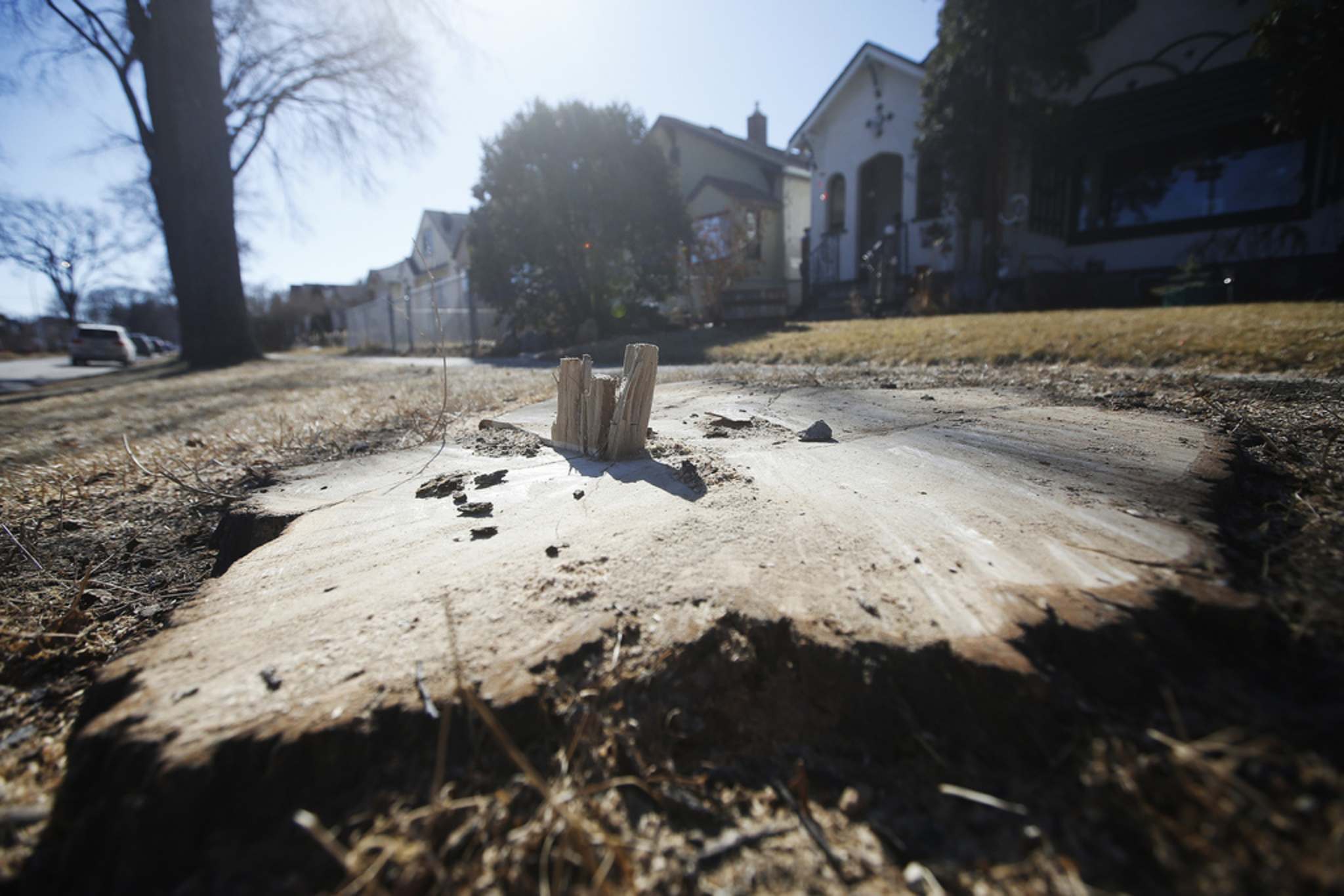 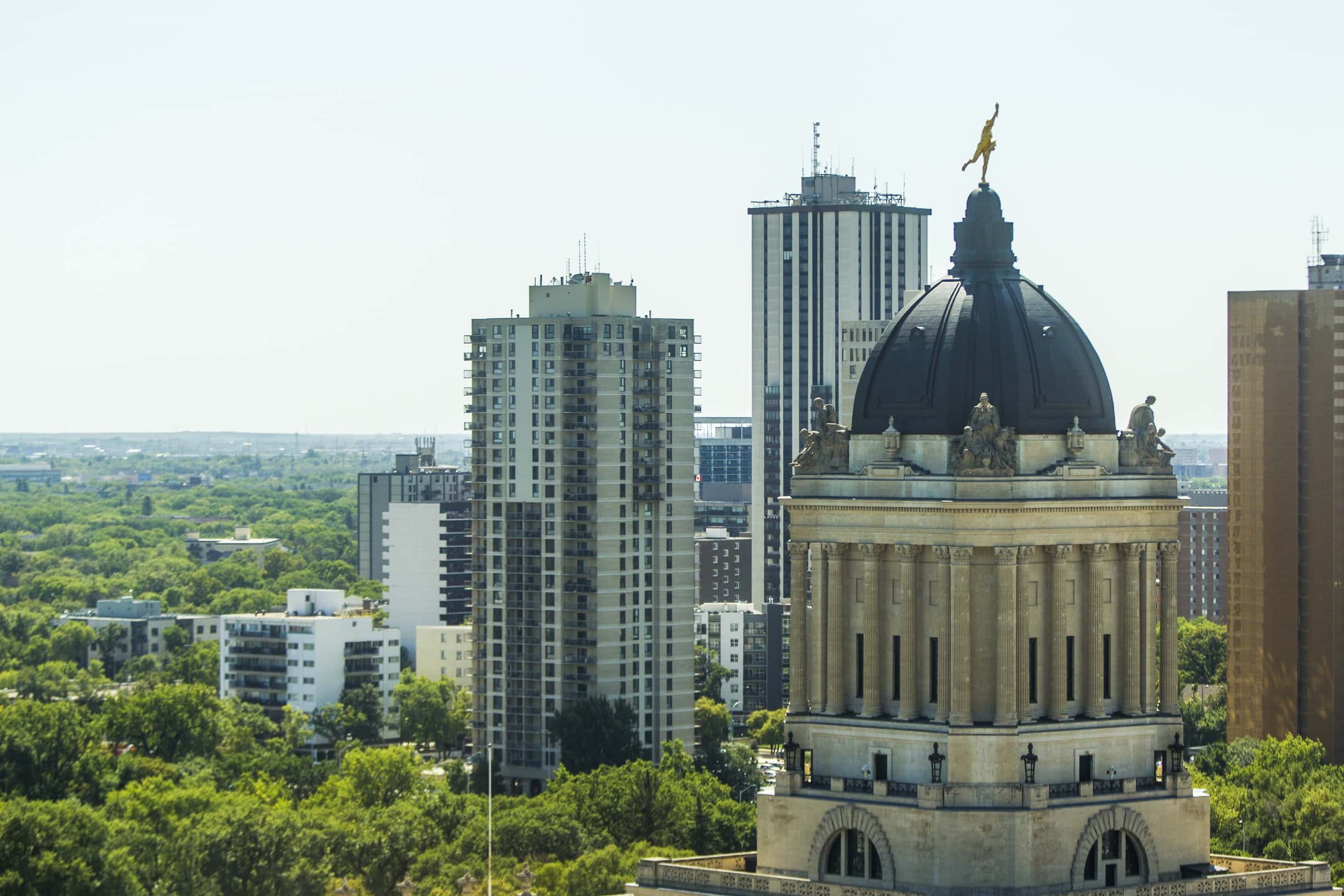 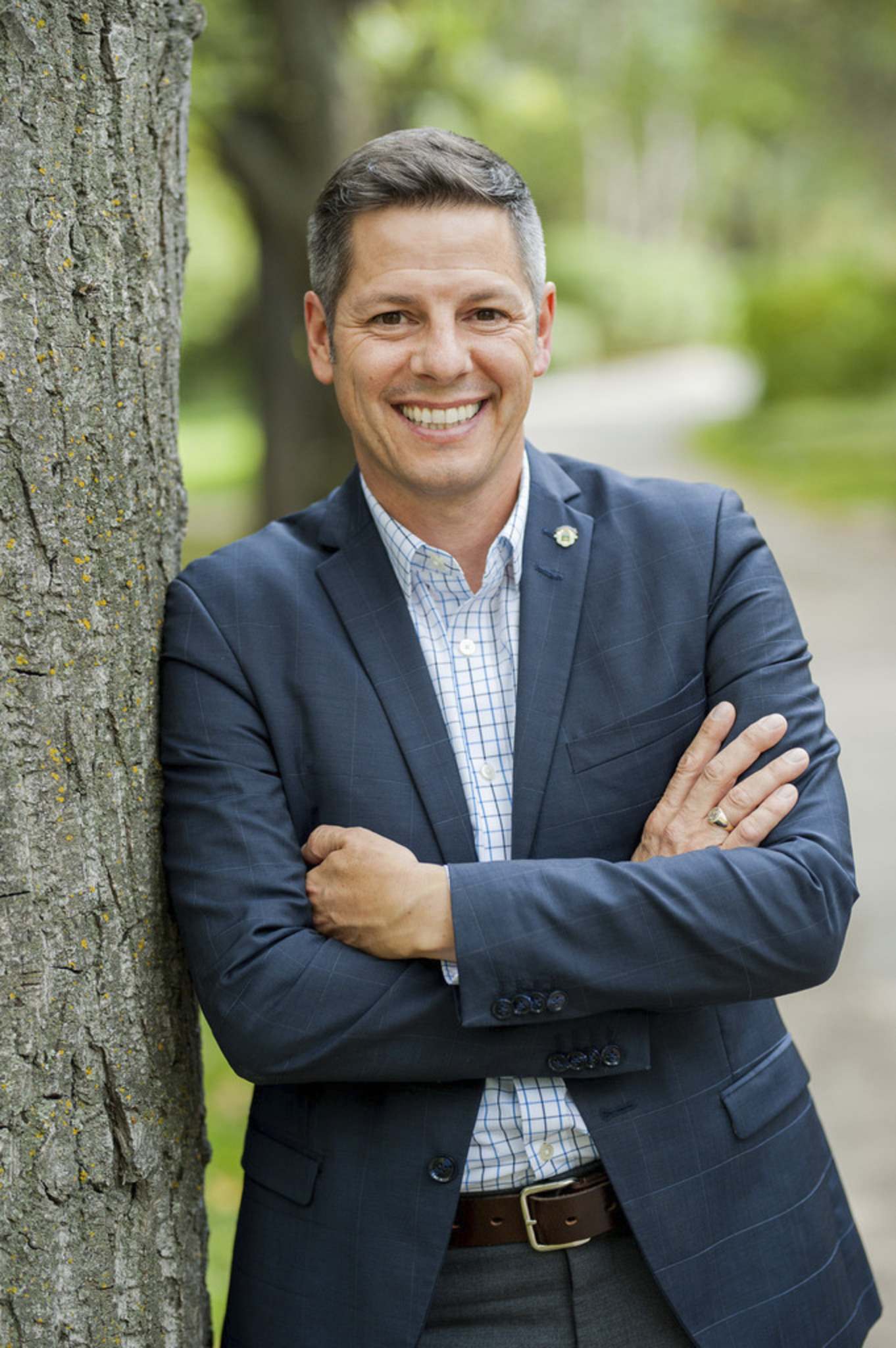 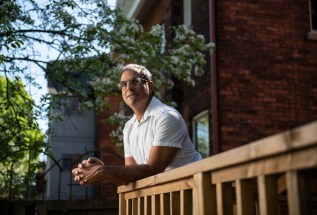 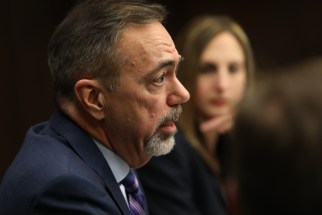 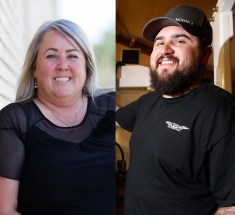 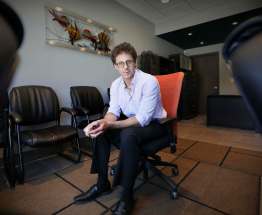 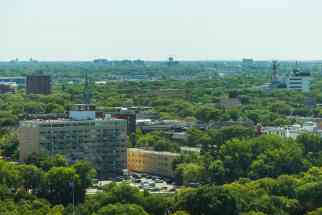 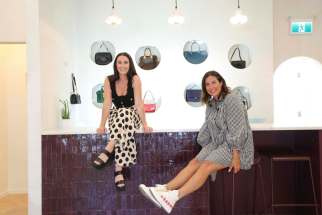 Living, learning for the future 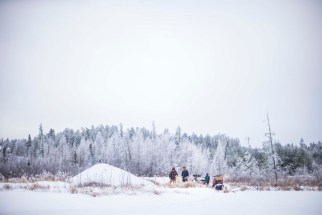 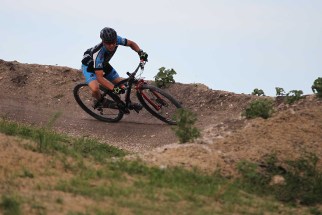 Manitobans must refocus on fundamentals 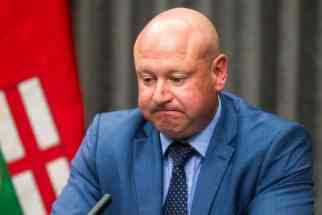