The COVID-19 pandemic hasn't slowed the City of Winnipeg's tree removal and planting progress — it's diseases, bugs and the aftermath of last October's snowstorm that crews have to worry about.

The COVID-19 pandemic hasn’t slowed the City of Winnipeg’s tree removal and planting progress — it’s diseases, bugs and the aftermath of last October’s snowstorm that crews have to worry about.

Last year, the city saw the highest number of trees infected with Dutch elm disease since it began tracking the problem, according to city forester Martha Barwinsky. They marked about 9,500 American elm trees for removal in 2019. Almost all of 2019’s marked trees have been taken down, Barwinsky said.

“We’re hopeful that we’ll have fewer diseased trees this year, because over the past three years, the goal has been to catch up with the backlog of Dutch elm disease removals,” she said.

So far this year, crews have marked about 5,300 of Winnipeg’s 225,000 American elms for removal, Barwinsky said.

The number of trees being planted is far lower. There were 1,400 replacement trees planted last year, fewer than anticipated because October’s snowstorm — during which wet, heavy snow damaged or felled trees throughout Winnipeg — led the city to cancel its fall planting program. Instead of planting, city crews instead spent two and a half months in clean-up mode.

There's a pandemic, invasive species and remaining damage from last October’s snowstorm to deal with — but the movement to grow Winnipeg’s tree population continues.

Residents can now register trees they’ve planted on their property on the City of Winnipeg website (winnipeg.ca/milliontrees) as part of its One Million Tree Challenge. The objective is to plant one million new trees as the city reaches one million residents.

However, the COVID-19 pandemic has drastically slowed the challenge’s progress, Bowman said this week. Fundraising has been put on the backburner, and large community groups haven’t been able to plant trees together.

“Ideally, the target is to have a one-for-one replacement,” Barwinsky said of planting efforts. “That would take… More funding and more resources.”

The city still doesn’t know the full extent of the damage the October snowstorm caused. Approximately 30,000 trees on public property were broken or damaged. However, about 90 per cent of the city’s roughly 3.1 million trees are on private property, and they remain uninvestigated. Officials hope to hire a consultant next year to assess the damage, Barwinsky said.

The city allocated more money for tree planting, pruning, and Dutch elm disease control in its latest multi-year budget. The budget increased from $11.8 million in 2019 to $12.5 million in 2023. The hope is to plant double the number of trees next year thanks to the increased budget, Barwinsky said. And this year, crews are on course to plant another 1,400 trees.

In the meantime, the City is trying to rein in Dutch elm disease and curb the emerald ash borer before the pest really wreaks havoc.

“Most of the ash trees that we’ve lost in recent years is actually due to cottony ash psyllid,” Barwinsky said.

“Ideally, the target is to have a one-for-one replacement. That would take… More funding and more resources.” — Martha Barwinsky, city forester

“We’ve been trying to be proactive and remove some ash trees in preparation for the huge losses that we expect to see,” she said.

The City isn’t planting any more ash trees because of the threat posed by invasive species. In fact, they’re not planting more than 25 per cent of any tree species to increase the diversity of Winnipeg’s canopy. Crews are planting American, Japanese and hybrid elms; they’re also planting trees like linden, maple, hackberry, oak and Ohio buckeye.

“With a greater distribution of a diverse mix of species, we actually have a better opportunity to preserve our American elms,” Barwinsky said. “Really, American elm is our best urban tree. It’s the toughest, it’s the hardiest — particularly hardy and resilient to urban conditions.”

Pam Lucenkiw, the co-chair of Outdoor Urban Recreational Spaces — Winnipeg, said she’s concerned about the number of trees being removed far exceeding the number being planted.

“If we think about what it’d be like to walk down a street without trees, it would be a much windier, noisier, less fresh, less comfortable place to be,” Lucenkiw said.

An urban forest strategy is being made for the city, and organizers will look for public input beginning this fall, Barwinsky said.

Winnipeg's tree canopies are a priceless gift from the past generations, and they're being taken from us at an alarming rate 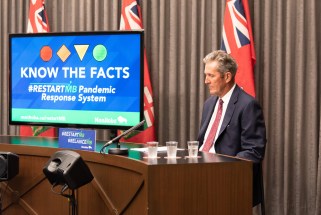 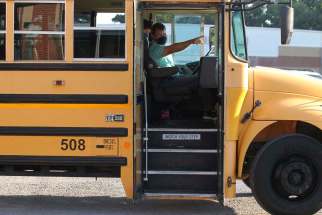 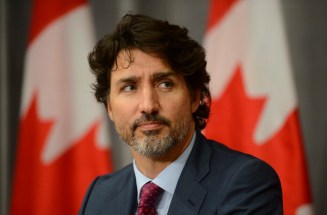 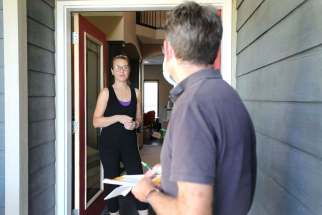 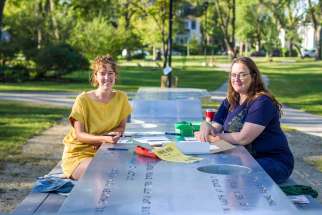 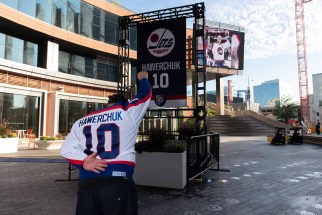 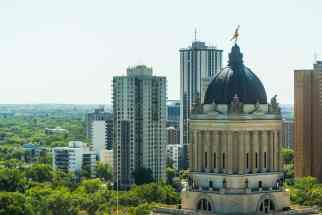 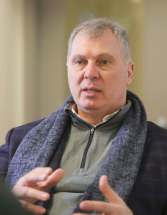