The incumbent Progressive Conservatives were the only one of Manitoba’s four biggest political parties to decline a Free Press request to interview their leader (Brian Pallister) about cannabis policy.

Before legalization, the Pallister government was fond of portraying marijuana legalization as a rushed initiative foisted upon the provinces by the federal government. Despite that, PC cannabis policy has successfully given Manitobans in some the most populated parts of the province access to legal, government-regulated marijuana through a growing network of privately-operated stores.

Twenty-four cannabis store licences have been issued so far, and more are on the way for rural communities. Ultimately, the PCs have said they want 90 per cent of Manitobans to have access to legal cannabis within a 30-minute drive.

But even with a growing number of places to buy weed in Manitoba, PC policy has left some Manitobans with nowhere to legally use the legal drug. Provincial restrictions on smoking and vaporizing recreational cannabis are stricter than those for tobacco, and the fine for using cannabis in public in Manitoba is $672.

Although Manitoba law doesn’t currently ban the public use of ingestible forms of cannabis such as oils, gel capsules and oral sprays, the PC government has hinted the law might be expanded in the future.

Green Party of Manitoba Leader James Beddome said reversing the home cannabis cultivation ban would be “one of the best things we can do” to help suppress the black market for cannabis.

Beddome said he’d like to see laws on public cannabis consumption eased, citing the example of Alberta (where cannabis smoking is permitted in some of the same places as tobacco and municipal governments can add their own restrictions). He also made the case for licensed cannabis consumption sites, comparable to bars.

“It creates opportunities for tourism, where there’s probably a lot of people from Minnesota, North Dakota, South Dakota and other bordering (U.S.) states that might be interested in coming up,” Beddome said.

Beddome and Manitoba Liberal Party Leader Dougald Lamont both cast doubt on the PC government’s claims about provincial cannabis revenues. (Last November, Pallister told the Association of Manitoba Municipalities not to expect cannabis revenue-sharing because: “There’s no profit in cannabis.”)

Lamont said a Liberal government would review the price of legal cannabis to determine whether or not it’s too expensive to effectively compete with the black market, and focus on making retail cannabis sales more accessible to Manitoba-owned companies. He described the PC government’s restrictions on consumption as “too draconian.”

“This is a legal product,” Lamont said. “People drink beer in beer gardens, I don’t see why there couldn’t be licensed areas for this sort of thing as well.”

As for legal home cannabis gardens, Lamont said: “There still has to be rules around these things, but people make beer and wine at home.”

Aside from permitting home cannabis cultivation, Manitoba NDP Leader Wab Kinew suggested his party wouldn’t seek to shake up the cannabis retail system set up by the PCs. However, Kinew said it would consider loosening consumption laws.

“I think the (ban in) provincial parks, we’d take a look at, just because, let’s be realistic, people are smoking weed in provincial parks as it is right now,” Kinew said, adding he’d want community consultations before tweaking cannabis consumption laws that could affect urban public spaces, such as city parks.

An NDP government would also rethink the PC approach to taxes on retail cannabis sales, which has seen provincial sales tax removed in favour of a “social responsibility fee” levied on retailers’ revenues.

“I think (PC taxes on cannabis) were too high,” said Kinew, whose party initially delayed the bill that implemented the social responsibility fee.

Still, he said, cannabis legalization appears to have worked out well in his Fort Rouge constituency.

“I look at my area, Osborne Village — we had a lot of empty storefronts in the Village, and then legalization happened and now there’s a lot of businesses there.”

Manitobans go to the polls Sept. 10. 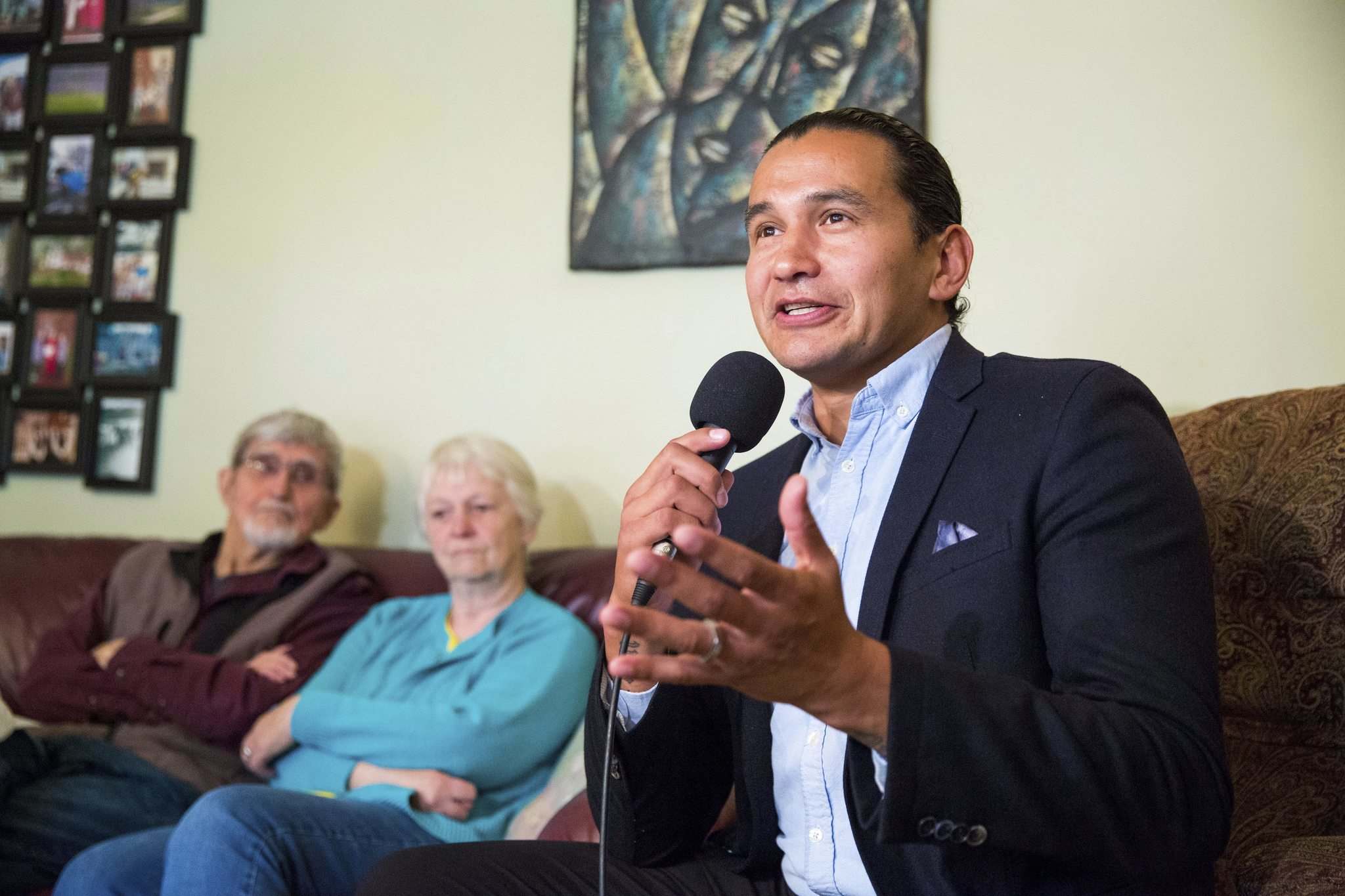