HOOP AND HOLLER BEND — The province has reduced the area expected to be affected by the deliberate breach in the dike at the Assiniboine River earlier today.

HOOP AND HOLLER BEND — The province has reduced the area expected to be affected by the deliberate breach in the dike at the Assiniboine River earlier today.

At a flood update this afternoon, Ashton said the reduction is thanks to the work of survey crews in recent days.

Near the site of the breach, water is moving slowly east over fields southeast of Portage la Prairie towards the Elm River.

Manitoba Premier Greg Selinger said earlier this afternoon officials are watching the water’s progression to see if roads, ditches and driveways will have to be dug up.

"The water is being released slowly," Selinger said in a news briefing near the breach. "It’s gone about a mile to the south-east of us.

"So far it’s gone as predicted. It’s been a controlled release that has not done any damage to anybody’s homes at this stage of the game."

The aim is to move the water to the east and south so that it can be both stored on fields and directed into the Elm River, which eventually empties into the Red River.

Around 7 a.m., heavy machinery began scraping away a layer of rock on a closed section of Provincial Road 331 – Hoop and Holler Bend – to allow water to flow out of a slow-moving Assiniboine oxbow and into the La Salle River watershed.

The water began flowing at the site southeast of Portage la Prairie at 8 a.m. and is now heading south as well as southeast toward a bend in the Elm River, which drains into the La Salle River downstream.

Just before 10 a.m., workers broke through Road 33 West to allow the water to pursue the latter course. Water also flowed into the Elm River, turning the normally translucent body of water muddy.

By midday the overland portion of the Hoop and Holler flood crept past Road 32 West, where it spilled through a natural drain into the Elm River. As of 3 p.m., the water had crept more than 2 kilometres. In open fields, the advancing edge of the water resembled an amoeba extending a pseudopod.

Also this afternoon, crews continued to work atop the dike as a slow gush of water pooled into nearby fields. From the sky above, water could be seen slowly creeping towards the rear of a nearby home and spilling into ditches across adjacent roads, reaching out and pushing forward in multiple directions.

The province’s plan was to allow, at first, only 500 cubic feet per second of water through the Hoop and Holler breach — an amount akin to what flows through a very large culvert.

This water is expected to eventually overtop a series of mile roads in the RMs of Portage la Prairie, Cartier and Macdonald in a manner akin to maple syrup flowing over a waffle.

For now, the affected areas are close to the cut. And the waffle plan is not being used, if the road-cutting is any indication.

Even though the breach has been made, the Canadian military was still working to protect Hoop and Holler Bend homes today. Soldiers were setting up aqua dams around properties four kilometres to the south.

Most properties in the pastoral neighbourhood are already protected. On the edge of the Elm River, 1.5 kilometres from the cut, Bob, Yvonne and Carollyn Kriski packed up their final belongings this morning and were waiting for the water to head their way.

"We’re not hurrying to rush away," said Bob, a high-school vice principal in Portage la Prairie.

"There’s a morbid curiosity I have. I want to see the water."

After dawn, Bob took Odin, the family cat, for one last little walk near the river, or at least as much of a walk as a cat is willing to allow.

He then placed a file folder full of income taxes in the car, while his wife Yvonne carried a box of vital documents, including the passports.

Along with daughter Carollyn, they tried to consume the remaining food in the house: buttered toast, instant coffee and bottled water.

All three were nervous about the cut, despite the province’s assurance the water’s flow will be manageable.

"There’s not a lot of confidence they can control the flow," Bob said.

South of the Elm River, soldiers from Lord Strathcona’s Horse in Edmonton spent Saturday setting up water-filled dikes near the estimated flood zone.

It’s expected to take several days for many of the 150 homes in the 225-square-kilometre artificial flood zone to be affected, according to provincial projections.

Many more properties – as many as 400 – are actually bracing for the water.

"Residents in the immediate area have already been evacuated and significant efforts have been put in place to set up flood-protection systems around affected homes," the province said in a statement.

In a television address Friday night, Selinger said the alternative — an uncontrolled break — would be "catastrophic and unpredictable," spilling water onto more than 500 square kilometres of land and up to 850 homes.

Selinger promised those residents who will be in the path of water that they will receive extra financial compensation.

Selinger said he had told his staff to create "a special compensation program above and beyond the disaster assistance and insurance already in place."

"Families and producers affected by the controlled release will receive compensation to cover damages, income losses and the cost of recovering the land after the flood waters recede," he said. 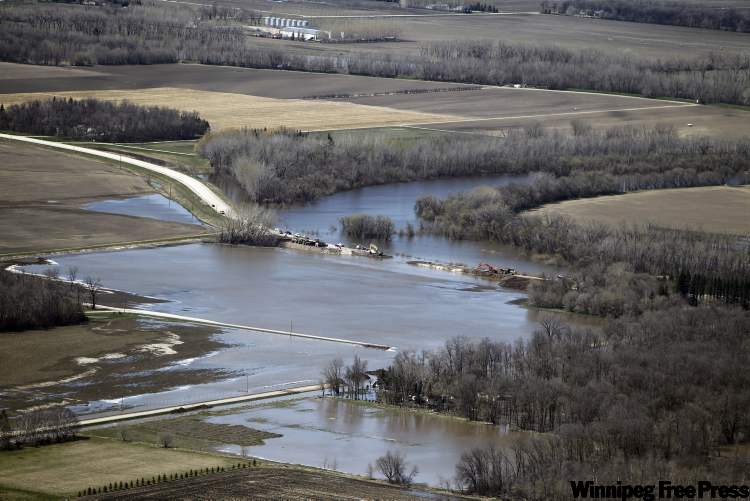 Saving memories from the tide 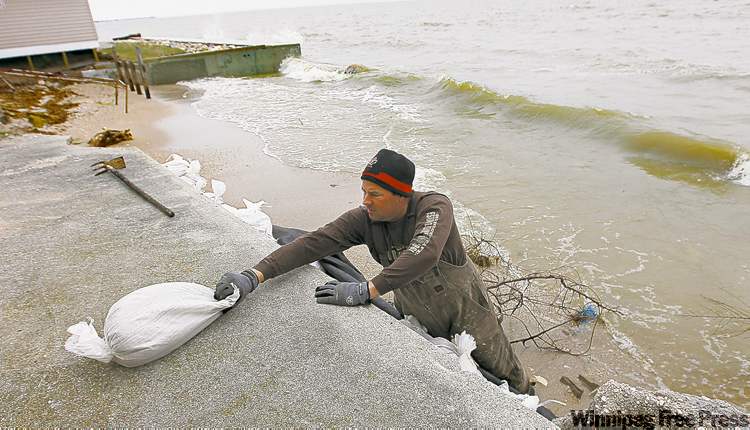 Haunted by 'decades of negligence' 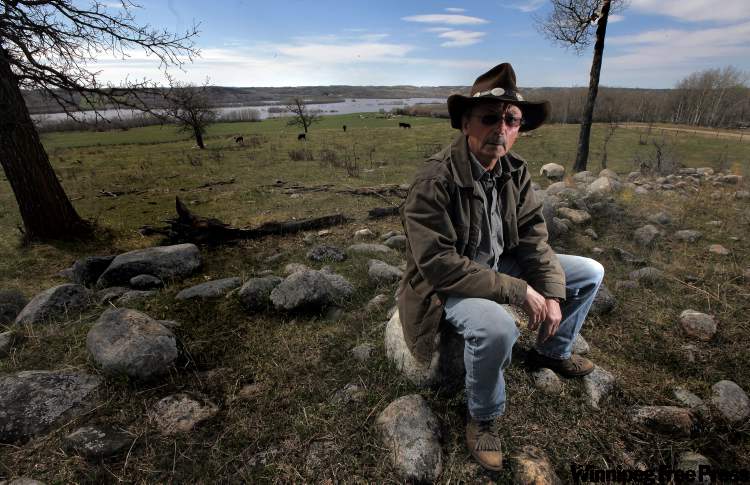 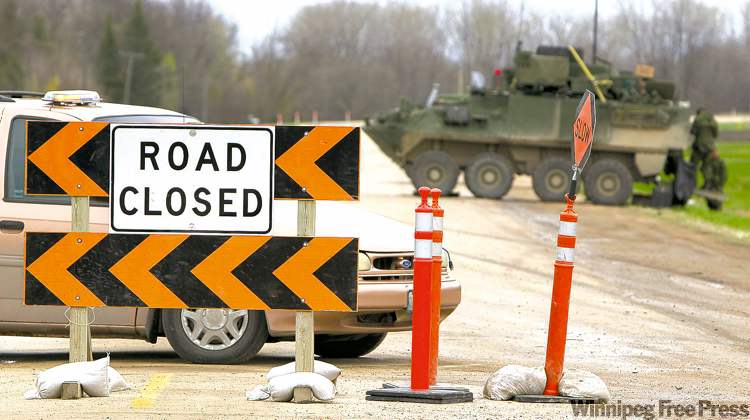 A tough choice, but the only one 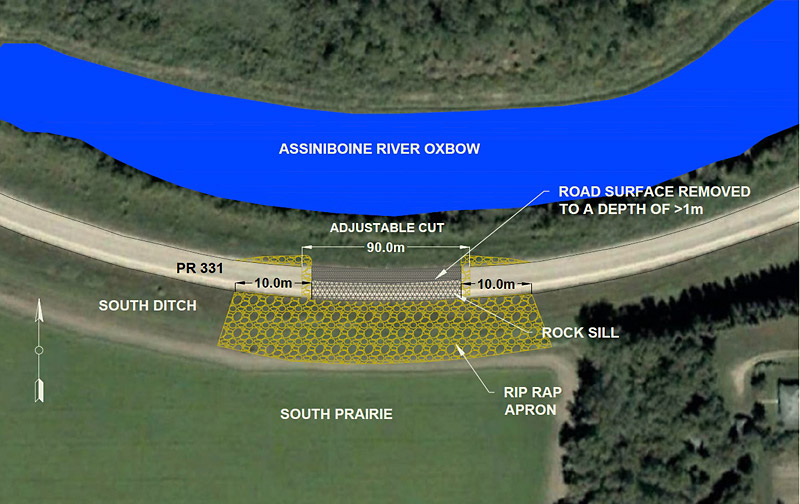