Back in the big leagues: NHL returns to Winnipeg

WINNIPEG – The National Hockey League is returning to the city – and now it’s up to fans and corporate types in town to open their wallets to seal the deal.

"I am excited beyond words to announce our purchase of the Atlanta Thrashers," Mark Chipman, the chairman of True North’s board, said at a press conference Tuesday morning. "We received the call we’ve long been waiting for."

"It’s nice to be back in Winnipeg after all these years," said NHL commisioner Gary Bettman. “Mark [Chipman] has been pursuing the NHL for a number of years, quietly and obviously, quite effectively.

"This venue, the MTS Centre, will be a fine, fine home for an NHL club and there is the strength of the prospective ownership group," Bettman said. "We get to be back in a place we wish we had never left in 1996."

The sale of the Atlanta Thrashers to True North Sports and Entertainment is conditional on the approval of 75 per cent of the league’s owners at the NHL’s Board of Governors meeting in New York on June 21.

That approval will depend on the BOG’s determination of fans’ support for the team, officials said. As such, the organization is launching a ticket-selling drive with the goal of selling 13,000 season tickets before the board meets.

“To be candid, this isn’t going to work very well unless this building is sold out every night," Bettman said.

Specific seat selection will not occur during the initial drive. Fans will only be committing to the number of seats and the price category. Seat selection will occur after the successful completion of the drive to 13,000.

The Drive to 13,000 officially starts Wednesday at 1 p.m. with a presale to existing Manitoba Moose season-ticket holders, mini-pack holders and corporate advertising partners. General public on sale opens this Saturday at noon.

Specific seat selection will not occur immediately; fans will commit to a number of seats and their price category with the designation of seats occurring after the drive to 13,000 is completed.

No team-name announcement is expected today, and there is no telltale logo at centre ice at the MTS Centre as the arena is serving as the set for a movie about sports personality Don Cherry’s life.

“Now it’s up to the rest of us to step up and show we can support this team.”

The province is supporting the NHL bid by moving existing VLTs into the Tavern United, said Selinger It’s expected to make up to $4 million a year to go toward the MTS Centre’s mortgage. The deal is for 20 years.

The Winnipeg Jets, who played at the since-demolished Winnipeg Arena, joined the NHL in 1979 after seven successful years in the WHA.

Their history in the NHL was hit-and-miss and after some serious money-losing years and the desire of city and provincial governments to get out from under the losses they had agreed to cover after 1991, the team was sold in 1995 to American businessmen Richard Burke and Steven Gluckstern and moved to Phoenix in 1996.

True North has been negotiating with the Atlanta Spirit Group on the Thrashers franchise purchase since early May.

The agreement was finalized this morning, Bettman said, with key players still working on the deal on a conference call at 4:30 ET this morning.

No real local purchaser emerged for the Thrashers in Atlanta, Bettman said.

"Sometimes we simply have no choice, as was the case back in 1996 when the Jets left Winnipeg," he said. 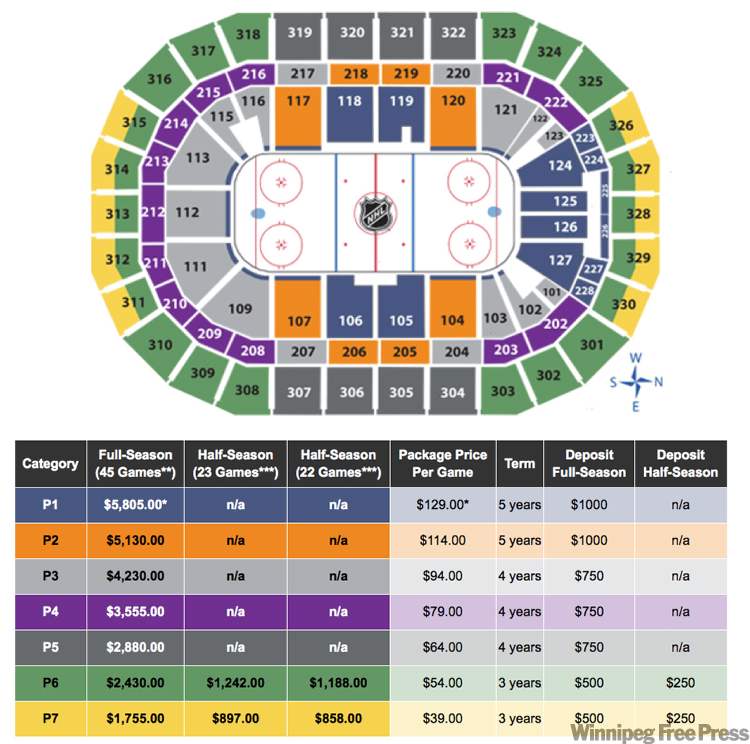 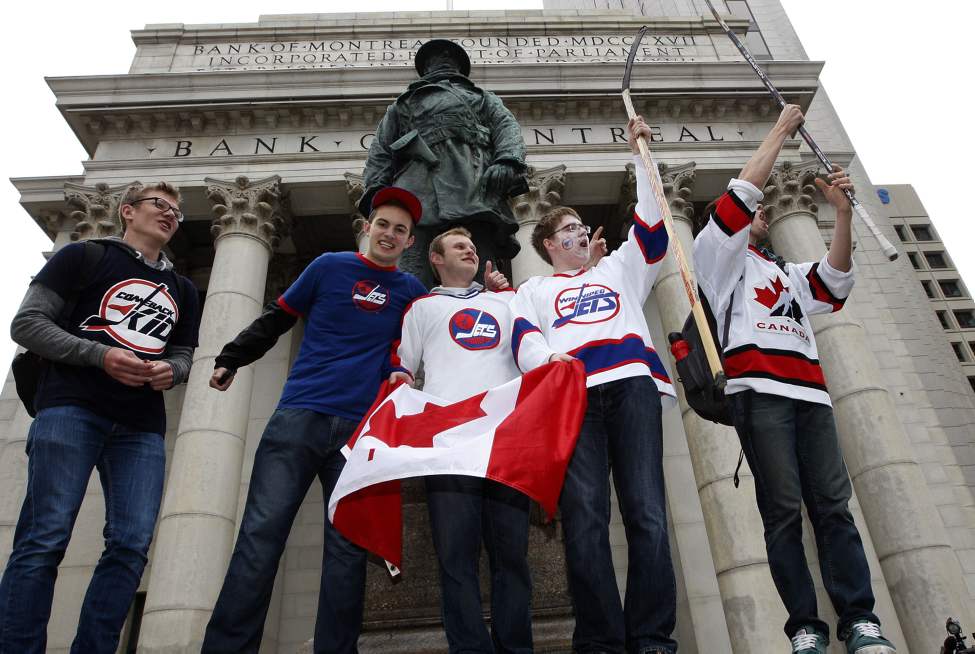 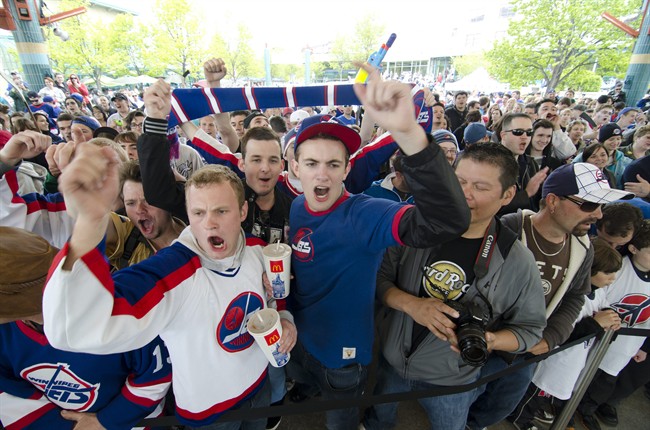 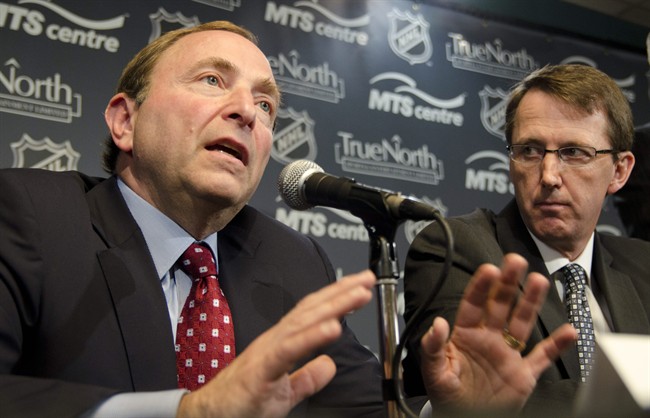 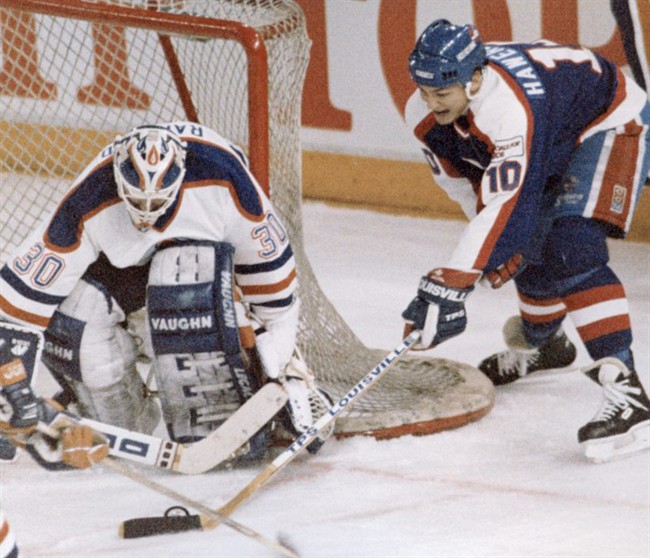 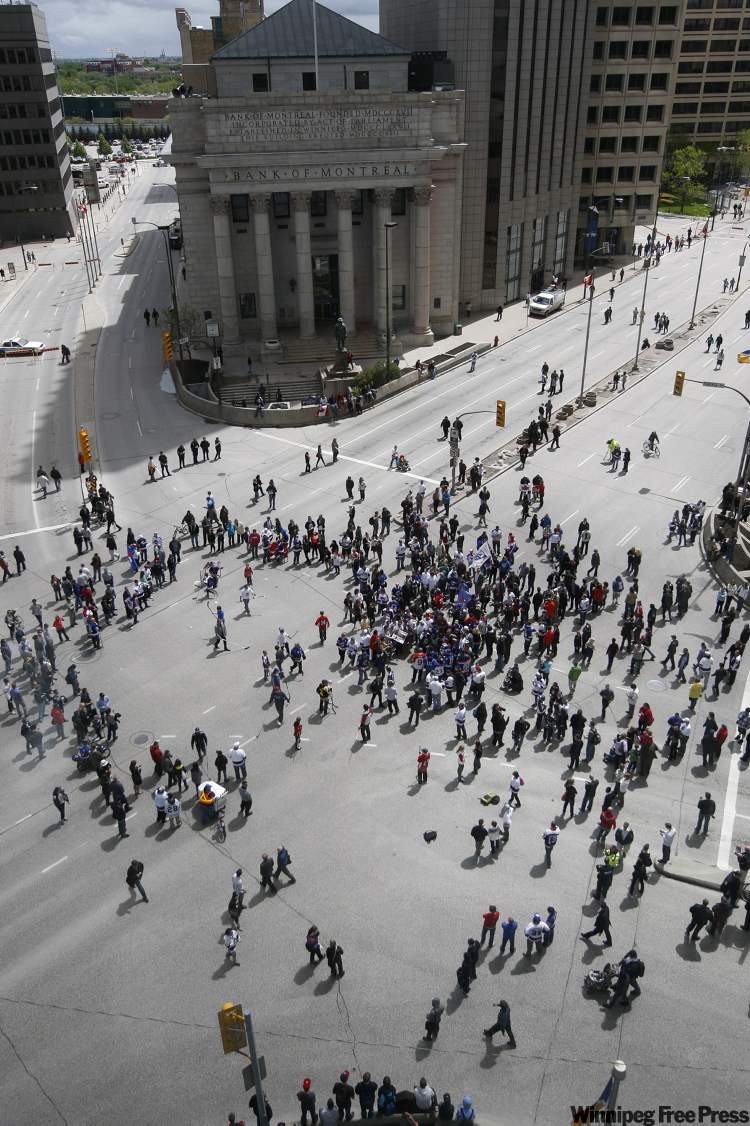 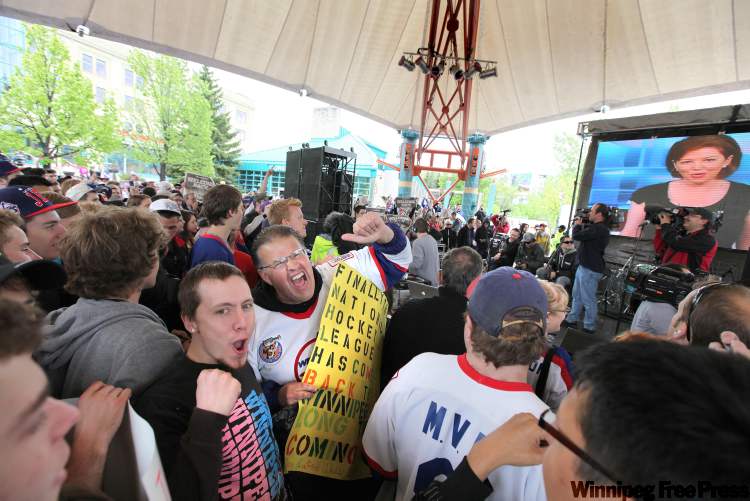 This time we won't be starting from scratch 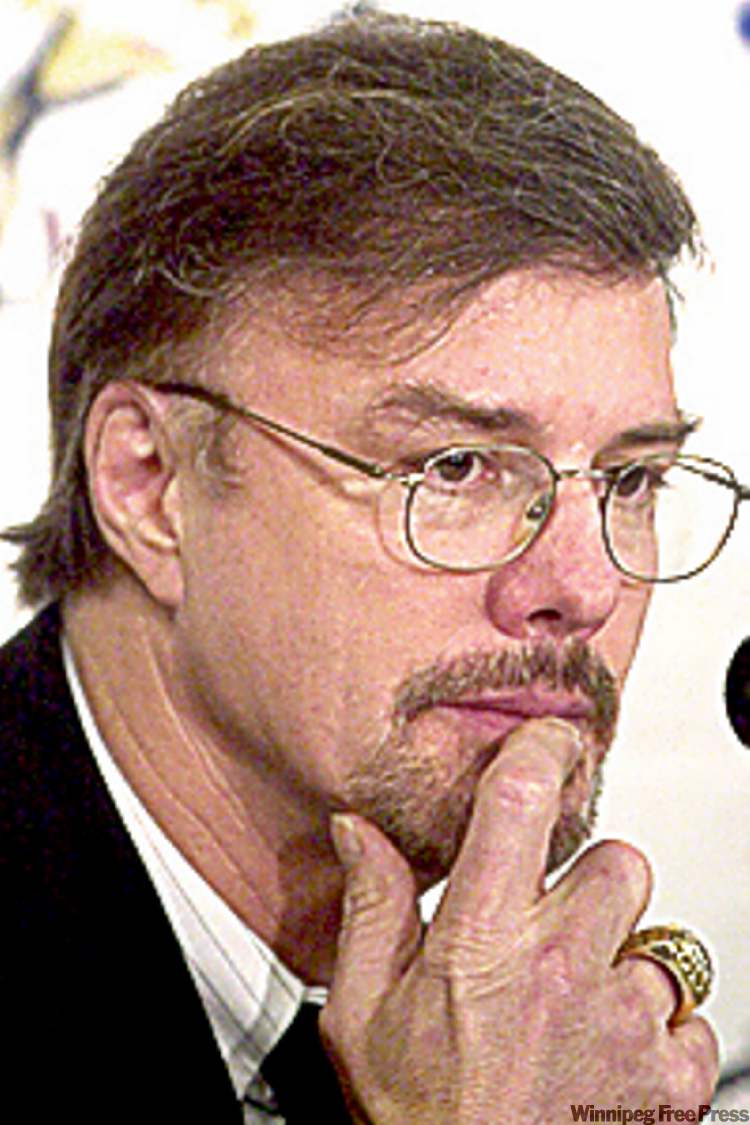