WINNIPEG -- The simple act of turning a calendar has changed something dramatic for the Winnipeg Jets.

WINNIPEG — The simple act of turning a calendar has changed something dramatic for the Winnipeg Jets.

After winning four of their last five games in a stirring December, January has brought five losses in six games, including Saturday afternoon’s 2-1 disappointment against the New Jersey Devils at the MTS Centre.

Is January a frightening word?

“I don’t think it’s anything big-picture stuff, anything like that,” said Jets left-winger Tanner Glass after the Devils erased a 1-0 Winnipeg lead with the only two goals of the third period. “Obviously we’re not scoring enough goals to win games. Look at our last few games … you need to score to win.

“Especially in the third period. You have to have pushes and you have to put the other team on their heels and put doubt in their minds that you’re going to be beat them.”

That’s not the Jets recently.

In their last five games, Winnipeg has six goals. In the last three, losses to Boston, San Jose and now the Devils, the Jets have surrendered six goals and scored none, though they do have an overtime marker in Buffalo that stands as their only win of the New Year.

On the season, the Jets have been outscored 50-27 in third periods, second-worst behind only hapless Colubmus.

The skid has now brought the standings into a more pressured focus.

The Devils, now 25-17-2, are away from the Jets by seven full points and in sixth spot. Winnipeg, at 20-19-5 for 45 points, is stuck in 10th and there will be other games before the Jets take the ice again Monday night in Ottawa.

“Two pretty good plays,” said Jets coach Claude Noel. “Their second one, we read the play in front of the net and missed it by three or four inches.

“I thought our guys played hard. It was a hard game to play. We would have liked to have scored more. The chances were few and far between for both teams.”

In keeping with the way it’s been falling in 2012, Foster’s game-tying goal was a won offensive-zone faceoff by centre Danius Zubrus, who kicked the puck about three feet back from the faceoff dot for the shot.

Zubrus, according to NHL stats, won just four of 19 faceoffs on Saturday.

The ending of the game, with Pavelec on the bench for the final 80 seconds, saw the Jets get high-quality chances near Devils goalie Marty Brodeur.

But it was the story of the night and much of the year — nobody could make the critical play.

“We played a hard game,” Noel said. “We lost the game. There were two plays that got made in the end. We missed a few. Even in the end we got a little bit unlucky, but that’s the way it goes.

“They’re doing the best that they can right now with what we have. What I like is the fact that we wanted to play a game with more will, regardless of the score. We were up for a good portion of the game, but even though they tied it, we rallied back and battled hard to the end.

“I’m certainly not going to beat up on my team.”

And the team isn’t going to beat on itself, Glass said.

“No, I’m not (seeing that); it won’t be coming from me,” Glass said. “You’ve got to stay positive. That’s how you get out of these things. You’ve got to come to the rink with a smile on your face with the right attitude, ready to work and get better.

“Everyone knows what we’re doing right now isn’t good enough, that we’re not getting wins. But you’ve still got to come and fun with it, enjoy it and if you start getting down on yourself, your teammates and the gameplan, whatever else it might be. it makes for a miserable season.” 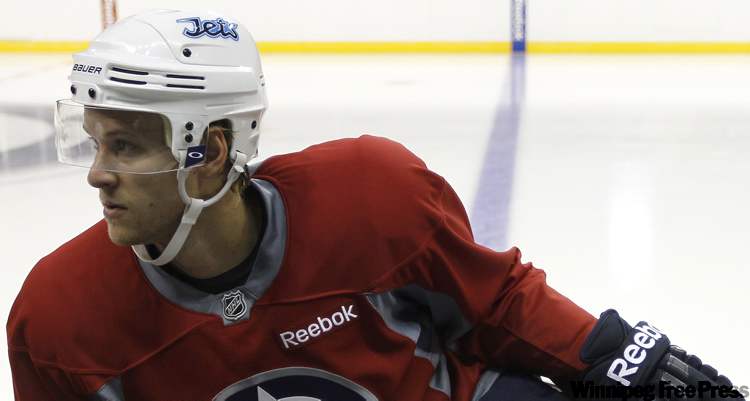