Mike Clynes, project director at Stuart Olson Dominion, said strong gusts knocked down a small concession wall that was partially constructed at Investors Group Field. Clynes said crews will be able to repair the structure by noon, and it will not have a major impact on the project.

Earlier this month, the Winnipeg Blue Bombers confirmed the team will play at least five games in the old Canad Inns Stadium after construction delays at Investors Group Field pushed the opening date back.

Clynes said crews cannot install steel beams when winds are blustery. He said there was no other reports of damage at the new stadium due last night.

According to Environment Canada, winds in Winnipeg gusted as much as 85 km/h late Monday.

“When we have the wind like we’ve had lately it does impede productivity,” Clynes said. 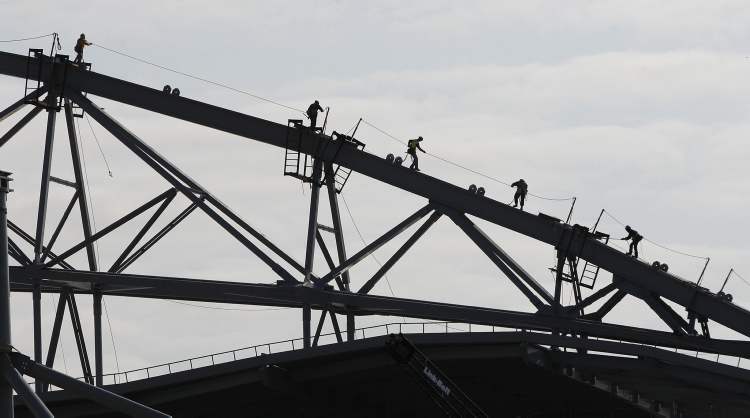