It is, as it always seems to be in Quebec, a nail-biter of a campaign, and the issue of separatism is once again rearing its ugly head. It is also an election coming on the heels of some of the largest and longest-lasting protests Canada has seen, as thousands of Quebec students took to the streets to protest hikes in post-secondary tuition fees.

With young people in Quebec seemingly more engaged right now, one could hope it will drive them to the polls in greater numbers than usual.

Generally, less than one-third of Canadians under age 25 vote in provincial and federal elections, including in Quebec. An Elections Manitoba survey after the 2011 Manitoba election found three in four Manitobans between 18 and 29 were non-voters. That compares to one in three people over 55 who are non-voters.

Last week, as the Quebec election got underway, the Institut du Nouveau Monde in Quebec, a non-profit group promoting civic participation, called for mandatory voting, saying it was the only way young people would start going to the polls.

INM’s director Michael Venne penned a blog calling the falling youth voter turnout numbers “catastrophic.” In the blog, he calls for a study of mandatory voting, saying the way to get people to vote is to make it seem like a civic duty and to make voting mandatory would underscore the notion voting is a duty.

Perhaps it is truly time to take mandatory voting out for a spin.

Venne is not alone.

Former Prime Minister Joe Clark told the Free Press in June he was slowly changing his mind about the idea of mandatory voting.

“I used to dismiss it because it seemed to be ordering people to do something they wouldn’t do by their will,” Clark said, following a forum on youth voting hosted by Elections Canada. “But I think the analogy with speeding laws, with other rules holds. It is a national interest that the public have more participation in the political process and perhaps a requirement to vote would lead to that.”

Clark said he hasn’t studied the issue much himself, nor has he looked at the experience of mandatory voting in Australia, “but I think we’re in a sufficiently serious situation now that we need to look at other alternatives. I don’t think we should exclude anything.”

Australia is perhaps the best known of the countries with mandatory voting laws, but there are about 30 countries in the world where voting is a legal requirement. Penalties for not voting mainly include fines. In Belgium you will face difficulty getting a public-sector job if you didn’t vote.

There is no question mandatory voting drives up turnout.

In Australia, voter turnout in 2010 was 93 per cent. In Belgium’s last national election, turnout was 89.22 per cent, the lowest since the Second World War.

In Argentina, in 2011, 79.4 per cent of voters cast a ballot in the parliamentary elections.

All three have mandatory voting.

Compare that to turnouts of 61 per cent in Canada in 2011, 65.7 per cent in the United Kingdom in 2010 and 64.3 per cent during the last presidential election in the United States in 2008. None of those countries has compulsory voting.

There are some potential drawbacks to mandatory voting. If democracy is based on freedom, then is it counterintuitive to force people to vote against their will? What about forcing people who aren’t paying attention to vote — do their ballots actually improve the legitimacy of a government?

But not paying attention is not normally the No. 1 reason non-voters cite for not casting a ballot. In almost every survey, being too busy is one of the top reasons people cite for not voting. Perhaps if people were told they had to vote, it would creep up the priority list a tad.

The answer to our voting system woes is not an easy one, but before we reach a point in our democracy where less than half the population is engaged, it is time to look at some drastic measures that might shake us all up a bit. Venne is right. Mandatory voting should be on the table for discussion. 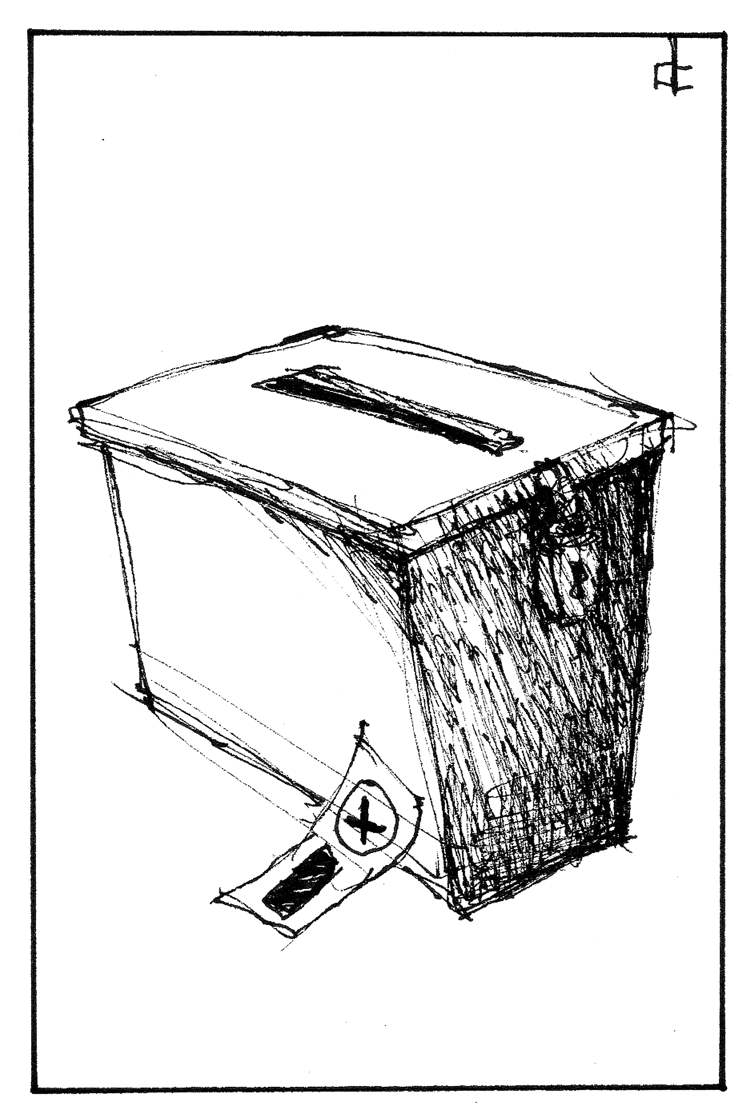