BROKENHEAD OJIBWAY NATION -- The Starr brothers put Scanterbury on the map. Now, it's the community's turn.

A former neighbour has memorialized the famous ditch wavers with a huge red lawn chair, placed in the spot where the men brought smiles to thousands of lake-goers.

Nelson and James Starr spent more than 20 years standing in the tall grass that separated their home from Highway 59. Four days a week, the men offered greetings to passing vehicles.

They wore a path through the weeds to their regular waving spots.

A generation of Winnipeggers bound for Grand Beach and surrounding communities slowed their vehicles, waved back, honked their horns and stopped to offer them water and gifts.

There was a quiet dignity to the ditch wavers; an implacable, Mona Lisa-like mystery to the matched set of stout men in ball caps. They were born on Brokenhead, two of five children. Both were mentally challenged. They weren’t sent to school. No one expected they’d amount to much more than gentle souls. The brothers didn’t work, kept to themselves and couldn’t dream they’d someday become small-town celebrities.

When I met them a decade ago, it was up to James Starr to explain why they waved.

“It makes me happy,” he said shyly. “People wave. Sometimes they stop and give us things like drinks, sometimes sandwiches.”

Nelson Starr died in 2007 at 71. James is living in a seniors facility.

Beach-goers and community members missed the comforting presence of the brothers. The Starrs were so popular, the local convenience store is named Wavers.

So John Bear, a 52-year-old maintenance man with a bum leg, decided he’d do something to memorialize Scanterbury’s famous citizens.

“I seen the spot where they waved and I thought we should have something there. It was almost like a vision.”

A memorial chair seemed like a perfect symbol. Bear has built ice shacks, but this was his first art project. He happened to have an old deck in his yard, so the material was at hand.

When Bear was done, he’d constructed a 2.4-metre-high, 193-centimetre-wide chair, big enough to hold two adults comfortably. It’s so tall that when you stand on the seat and wave, people on the highway see you easily.

Bear says building the chair was a way of easing some of his own demons. He’s been unable to work since a failed 2010 knee operation.

“I was depressed a lot,” he says. “I was dealing with stress a lot. I talked to people in the community and that helped. But this chair; it reminds me that everyone has ups and downs. It changed my perspective on my disability.”

The chair got its first public showing during Brokenhead Ojibway’s treaty days. Bear entered his chair in the public parade. He won first prize.

This was no fancy Canada Council project. The lumber was salvage. The paint (three coats of red and white) cost him $120. His labour was free. The band kicked in a little cash but this was really one man’s mission.

Chief Jim Bear, Bear’s uncle, has travelled extensively across Canada. Whenever he mentions Scanterbury, he says, people talk about the Starr brothers.

“These two individuals received gifts continually. They received letters from all parts of the world. People looked forward to seeing them.”

He’s pleased his nephew took the time to build the tribute chair.

“The brothers did this for years and they weren’t paid,” he said. “He did this out of the kindness of his heart to remember them.”

It’s working. People stop to pose for pictures on the chair. When Jim Bear clambered onto it one warm morning this week, people waved at him. A broad grin split his face.

Slow down the next time you pass by Scanterbury.

The chair is a tribute to two simple men who gave a gift to everyone who saw them.

Sit in that giant chair for a while, wave and you’ll feel their spirit. Life doesn’t have to be complicated to be good. 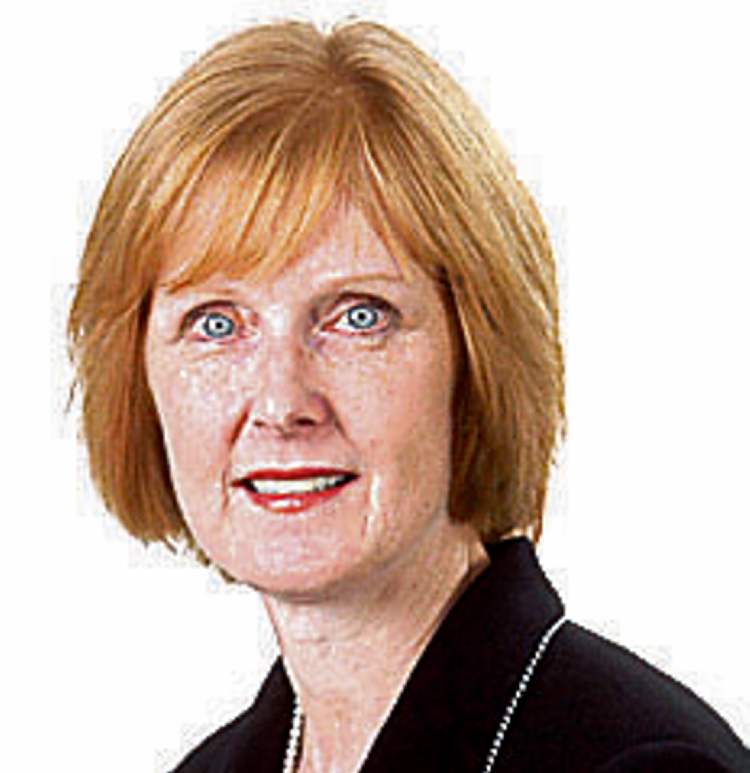 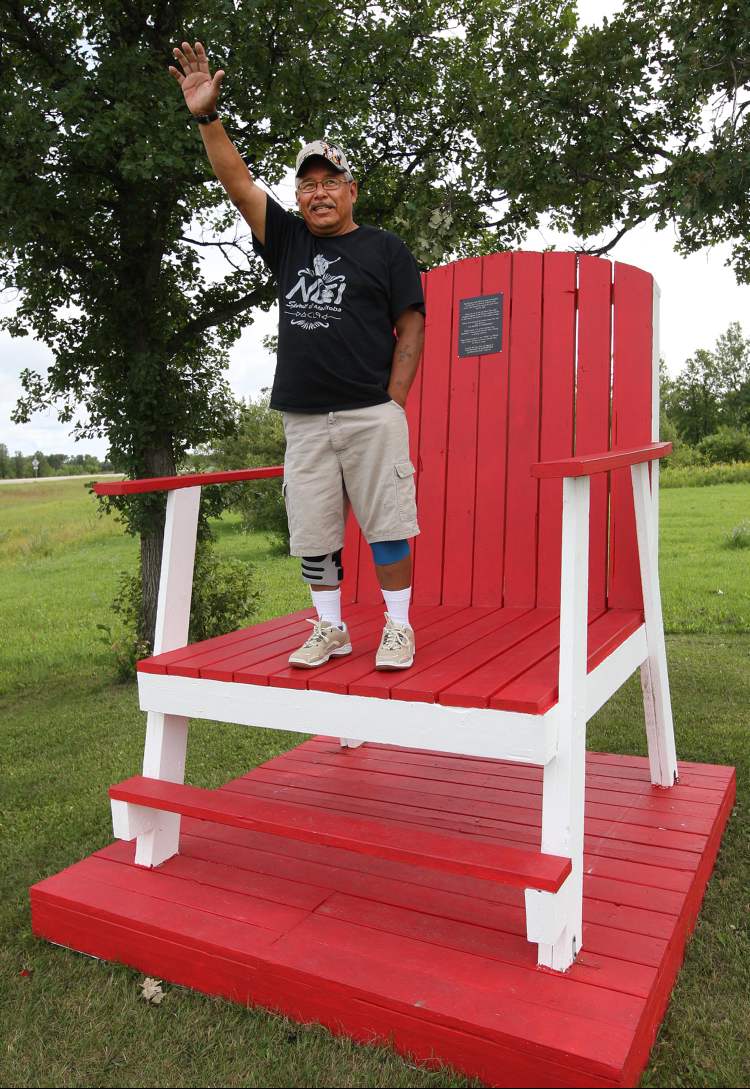