How about some tolerance for Christians

With the issue of same-sex marriage argued before the Supreme Court and raging elsewhere in America, a question:

With the issue of same-sex marriage argued before the Supreme Court and raging elsewhere in America, a question:

Is it possible to be a traditional Christian or Muslim or Orthodox Jew — and hold to one’s faith on what constitutes marriage — and not be considered a bigot?

And is faith now a problem to be overcome, first marginalized by the state and then contained, so as not to get in the way of great changes to come?

The issue of same-sex unions is by nature contentious and divisive. It is not merely about equal protection under the law, but redefining the foundation of our culture, which is the family itself.

It’s not my intention to add to the anger and the noise. If you’ve followed the news of the crowds outside the U.S. Supreme Court this week, and watched those vicious little boxes within boxes on cable TV, with angry people barking at each other, you’ll get plenty of noise.

I’m not angry. Yet I am struggling. And I’ve been silent on the subject for some time, trying to figure it out.

I’m not opposed to same-sex unions. Americans have the right to equal protection under the law, and same-sex couples should be able to expect the same tax benefits and other considerations allowed to those of us who are now being called, in some quarters, “opposite-sex couples.”

As far as I’m concerned, Americans have the right to do as they please as long as they don’t infringe upon the rights of others. America is all about liberty and freedom.

But this all comes now during the season of Lent, a time of fasting and prayer, when Christians are compelled to confront the obligations of their faith.

And while I hear the new moral arguments, about equal rights and equal protection, I’ve read little about the religious freedom aspects and what the Supreme Court’s ruling might mean for houses of traditional worship.

All I’m asking is that in the rush to establish new rights, that tolerance for religious freedom be considered as well.

The federal government has already told religious institutions that run hospitals that they must provide contraceptives to their employees, even if it runs counter to their beliefs. So now, if the government ultimately compels us to describe same-sex unions as marriage, what’s next?

For centuries, churches have allowed the state (and by this I mean the government) to licence marriage ceremonies. It follows then that what is happening in America at present was inevitable long ago.

To speak of faith in this context is to invite the charge of bigotry — if not outright, at least by comparison to angry fire-and-brimstone preachers who seem to use the Bible as a lash. Some wield the Old Testament like a cudgel, and avoid the New Testament, in which Christ asked us to refrain from judging and to love our neighbor.

No one with half a brain wants to be thought of as a bigot. But that’s what I and others risk as members of a distinct and irritating minority — as traditional Christians in journalism.

It is a world of language and political symbolism, a world where ideas are often framed so that they may lead to inexorable conclusions favoured by the dominant culture. In this media world, I sometimes wonder whether the word “sin” has been outlawed by the high priests of journalism for fear of offending one group or another. And I’d rather not ask.

Now that the debate has been framed, if I hold to my faith and resist applauding the changes, I’m easily cast as some drooling white cartoon bigot of the Jim Crow era, denying black Americans the right to sit at a lunch counter and have a meal with the white folks.

It’s a cheap construction, yes, thoughtless, yet widely accepted in the news media and therefore effective.

What is also clear is that, given demographic shifts and attitudes, particularly by young people regarding sexuality and family, traditional Christianity is no longer the dominant culture.

It is the counterculture, fast becoming a minority view.

Again, I don’t oppose same-sex unions. I think Americans should have the right to associate as they please. My wife and I have had friends and family members who were gay, and died of AIDS. We loved them, and still do.

But I am Greek Orthodox, a never-changing faith, and this is Lent.

In recent weeks, with the advent of a new Roman Catholic pope, there have been many beautiful words written about tolerance and change, written by those who on one hand support abortion rights and gay marriage, yet on the other talk lovingly of the comforting ancient rituals and the sound of ancient prayers.

Forgive me, but I find this all quite difficult to reconcile. The liturgy is not a costume drama. The incense isn’t a prop. The singing isn’t about nostalgia. These are means to reach a timeless place, where the state and its laws do not go.

And while I struggle with the fast-moving issue of the redefinition of marriage and its effect on our culture and how to reconcile the rights of others and my own religious beliefs, I ask only one thing:

Tolerance for those whose faith and traditional beliefs put them in what is fast becoming the minority.

John Kass is a columnist for the Chicago Tribune. 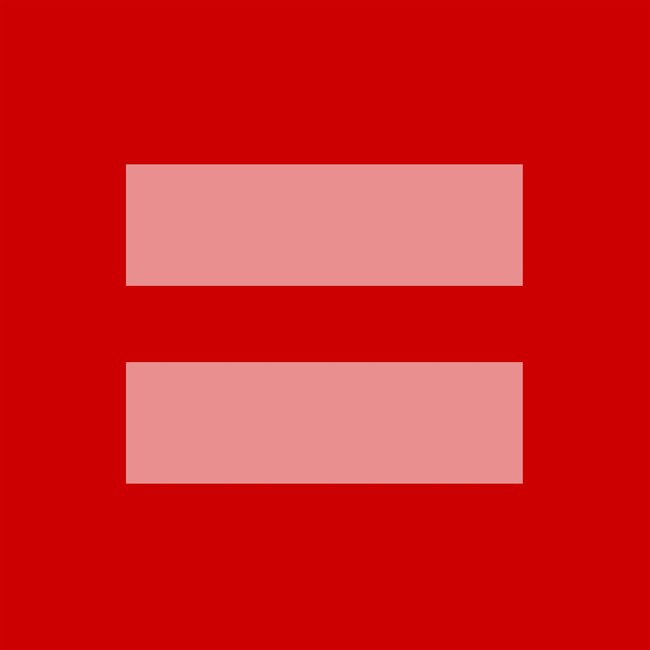 U.S. Supreme Court should lead, not follow
Court could pass on gay-marriage ruling 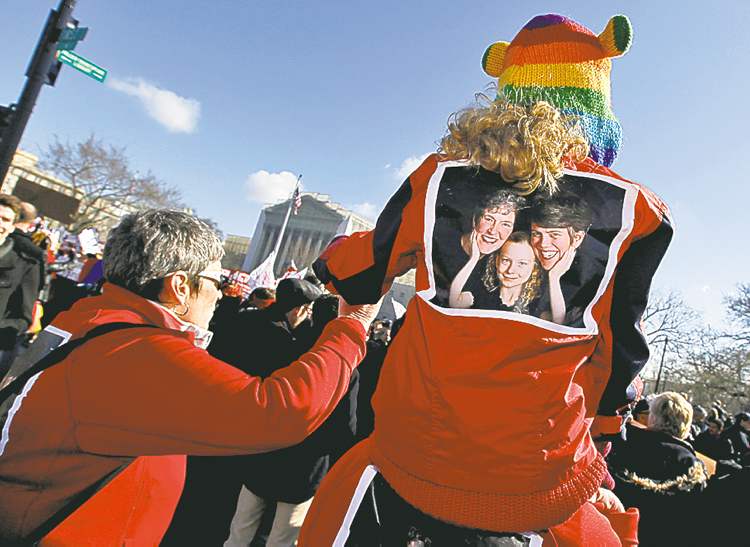