More than 70 per cent of Manitoba inmates are First Nations or Metis, but the province still doesn't have an aboriginal court

TORONTO -- Charles Rupert is in court for a stupid, petty, sloppy crime born of addiction and desperation.

TORONTO — Charles Rupert is in court for a stupid, petty, sloppy crime born of addiction and desperation.

The middle-aged Rupert has piled up 56 convictions in his life. This time he did some break-and-enters at a Toronto apartment building, making off with a couple of laptops. He got caught on surveillance cameras, and a cut he suffered during one B&E left behind a trail of blood police harvested for DNA.

Her court, and Rupert’s sentencing hearing, feel like any other. Wedged in between huge piles of files, the young Crowns and legal aid lawyers hunch down and whisper among themselves as they juggle a busy docket. Family members of offenders sit on hard pews in the gallery, the annoying courtroom door squeaks every time a court worker darts in or out, and Hogan manages it all with an informal sternness.

Hogan’s court is special. It’s Canada’s oldest aboriginal court, also called a Gladue court after the landmark 1999 Supreme Court decision mandating judges take an aboriginal offender’s personal and cultural history of dislocation, poverty, addiction and abuse into account in sentencing. That decision has also spawned what are known as Gladue reports — detailed profiles of an offender, the often brutal realities of his home reserve, his personal and family struggles and his people’s history of colonialism, all meant to offer judges context when considering a sentence.

As Rupert’s lawyer rises to speak to sentencing, he gives a snapshot of Rupert’s Gladue report, the details of which are no less miserable for being so familiar.

Originally from Wikwemikong First Nation on Manitoulin Island, Rupert was taken from his family and placed in a white home when he was two years old. He “escaped” back home to the reserve when he was 13, but his stepfather refused to allow him to return. He has been on his own ever since, turning to heroin and now crack cocaine and Oxycontin. The slim, grizzled 43-year-old suffers from bipolar disease and fetal alcohol spectrum disorder, a brain injury that damages impulse control and the ability to predict the consequences of one’s actions. But he’s got a wish to go into drug treatment at a Salvation Army program in Ottawa, and he’s already been accepted.

Hogan sentences Rupert to six months of additional time in jail, taking into account his waiting drug-treatment bed at the Sally Ann.

“I also took into account your aboriginal heritage, and I know it has not been easy,” says Hogan. “I strongly encourage you to take that offer (of drug treatment).”

“I will,” Rupert says quietly, as lawyers begin shuffling paperwork for the next offender.

Toronto, not exactly a city with a vibrant aboriginal population, has four Gladue courts, including one for young offenders. Sarnia has one, as does London, and a bunch more are in development elsewhere in Ontario. There are also several aboriginal courts in British Columbia.

Manitoba, the province with the largest proportion of aboriginal people, has no Gladue court. And critics say Manitoba is among the worst at implementing Gladue principles meant to combat the glut of aboriginal people in jails and prisons. That’s despite the fact more than 70 per cent of all inmates in provincial jails are First Nations or M©tis.

At a recent conference in Toronto on Gladue, several aboriginal law experts expressed surprise Manitoba still does not have an aboriginal court, one dedicated to the spirit of the Gladue ruling, with well-trained court officers, expert report-writers and links to all the culturally appropriate rehabilitation services that could halt an offender’s cycle of crime.

Such a court would be the second step for a province that hasn’t quite taken the first. There’s ample evidence Manitoba has fallen behind even on the basics — ensuring all aboriginal offenders have access to high-quality Gladue reports, done in a timely fashion that won’t force them to spend longer in remand than necessary. It’s a criticism Manitoba Justice says it takes seriously and is working on.

University of Manitoba law professors Debra Parkes and David Milward, who have studied Gladue in Manitoba, say the Supreme Court’s rules are followed only in a spotty, ad hoc way here.

In a paper published last fall, Parkes and Milward outlined several problems with Manitoba’s Gladue process, including the way Gladue elements are tucked into old-school pre-sentence reports probation staff prepared. Those PSRs are meant largely to estimate an offender’s risk to society. A Gladue report is meant to accomplish the opposite, often making an argument, where appropriate, against jail time and in favour of treatment or a diversionary program such as the ones offered by Onashowewin.

Probation staff also don’t have enough time to really delve into an offender’s background to offer a nuanced profile of him, his community and his people’s history of colonialism. Since Gladue submissions are also made by defence lawyers, often legal aid funding is too stingy to afford lawyers the time and resources to properly prepare a Gladue submission.

In recent years, Manitoba judges have also started to raise a little hell about the quality of the Gladue reports they receive.

In a harshly worded ruling issued in November, Court of Appeal Justice Michel Monnin said there is in Manitoba “either a concerning disregard or a systemic impossibility to provide what is required for judges to comply with the dictates of the Supreme Court.”

And, a couple of years ago, Judge Fred Sandhu took aim at what should be the real goal of Gladue — the ability to offer aboriginal offenders proper treatment and programs to keep them out of jail.

“Unfortunately, the Gladue-process outcomes in Manitoba are rendered generally weak and ineffective due to a lack of resourcing to put Gladue principles into action in a manner than inspires confidence, both by the court and the public,” wrote Sandhu.

Manitoba Justice says it has heard the criticisms, takes the spirit and intent of Gladue very seriously and is about to launch new and improved reports.

Yolande Lafond, executive director of adult probation, says the new reports will be much more comprehensive, including new sections on an offender’s connection to their culture and spirituality, more information on family history and more details on alternatives to incarceration and community programs.

“We have acknowledged the need to improve in some areas,” said Lafond. “We took those criticism seriously.”

Probation officers who author pre-sentence reports will be trained on the new Gladue protocols in the coming weeks, and better Gladues should start appearing in courtrooms across the province later this summer. 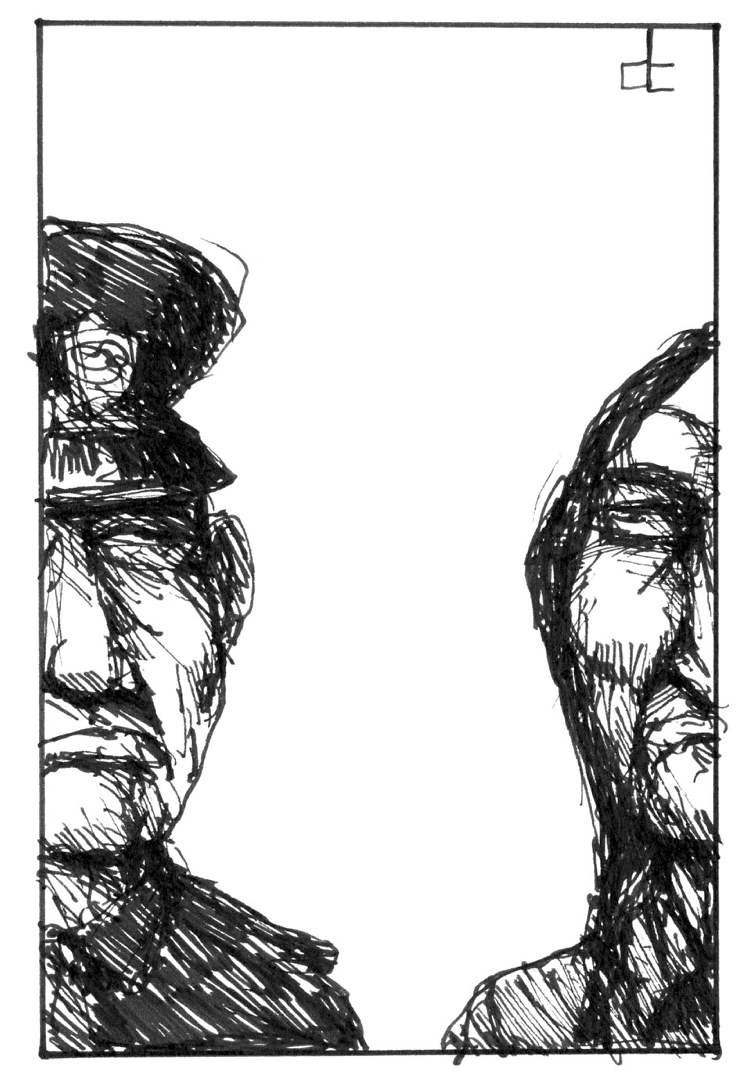 It’s become shorthand for an approach to aboriginal law mandated by the Supreme Court in a landmark 1999 decision with which courts all across Canada are still grappling. It’s intended to reduce the overrepresentation of aboriginal people in jails and prisons across Canada and force judges to consider systemic factors such as poverty, isolation, abuse and cultural dislocation that may have prompted a person to get tangled in crime. The case involved a British Columbia women, Jamie Gladue, who pleaded guilty to stabbing her common-law husband to death. The Supreme Court found that, during sentencing, lower courts failed to take into account the Cree woman’s personal history and the systemic factors that may have caused her to commit the crime.

The case mandated that judges get information about those factors, as well as information on alternatives to jail. When it works well, that information is often in a report prepared for the court that could include details about the offender’s home reserve, excerpts from long, personal interviews with an offender’s family and friends, input from band officials, nurses or drug-addiction workers. The reports also include brief histories of government policies such as residential schools or the Sixties Scoop that may have affected an offender’s upbringing, as well as specific alternatives to jail for the judge to consider.

Is Gladue a race-based discount, a form of two-tiered justice where one group gets a lighter sentence based on race?

Well, yes. But it’s justified because of the distinct history of aboriginal people in Canada, and because the court must find some antidote to the overrepresentation of aboriginal people in Canadian jails, a problem created in large part by a century of government policies such as forced relocations of bands, restrictive Indian Act rules, residential schools and the Sixties Scoop.

Not only is Gladue a Supreme Court mandate, it’s also in the Criminal Code, which says “all available sanctions other than imprisonment that are reasonable in the circumstances should be considered for all offenders, with particular attention to the circumstances of aboriginal offenders.”

And advocates say Gladue respects the key principle of proportionality in sentencing, that the punishment must fit the crime. For a sentence to be fair, judges must look at an offender’s level of moral blameworthiness given his background. And, there is nothing stopping judges from applying the same principles to other offenders who may have suffered the same kinds of historic and personal oppression.

It’s hard to say. It is very costly and time-consuming to study whether Gladue offenders go on to commit other crimes, and such studies haven’t really been done in Canada.

— sources include: Gladue Handbook: A Resource for Justice System Participants in Manitoba, University of Manitoba faculty of law; Sessions from the 4th National Conference on Aboriginal Criminal Justice Post-Gladue and Ipeelee, Toronto, April, 2013; Gladue: Beyond Myth and Towards Implementation in Manitoba by David Milward and Debra Parkes.