KAMLOOPS, B.C. -- At age 50 and with his team uncharacteristically struggling earlier in the week, it was inevitable there would be whispers: "Are we seeing the end of Jeff Stoughton? And is the legendary Manitoba skip going to go out with a whimper, instead of a bang?"

KAMLOOPS, B.C. — At age 50 and with his team uncharacteristically struggling earlier in the week, it was inevitable there would be whispers: “Are we seeing the end of Jeff Stoughton? And is the legendary Manitoba skip going to go out with a whimper, instead of a bang?”

Well, it turns out the rumours of Stoughton’s demise, which grew loudest when Manitoba was in the midst of a two-game losing streak and the skip was mired seventh in shooting percentage at his position, have been greatly exaggerated.

Because not only is Stoughton not done, he’s in the playoffs at the Tim Hortons Brier after a masterful 7-6 extra-end victory Thursday morning in an epic see-saw battle with B.C.’s John Morris and then a clutch 8-6 come-from-behind win Thursday night over Ontario’s Greg Balsdon.

And not only is Stoughton not about to go out with a whimper, he’s making all kinds of noise with some of the best performances of his Hall of Fame career here the last five games, all of them wins.

There’s good and then there’s crazy good and with his performance the last two days, Stoughton’s shooting percentage had gone from seventh to tied for best in the field heading into Thursday night.

“It gives you confidence going into the playoffs,” Stoughton said. “Things are going pretty good for us and we feel like we’re playing better now than we were at the start of the week and I think that’s what you want to do — you want to build on it.

“You hate coming out of the gates shooting lights out and then try to hang on. This way we do have something to build on.”

So no, in other words, Jeff Stoughton isn’t done just quite yet. But how this chapter ends is still very much up in the air heading into this morning’s final round-robin draw.

With Thursday’s wins over B.C. and Ontario, Manitoba finished the round-robin tied with B.C. for second place at 9-2. That’s right behind first place Kevin Koe of Alberta, who is 9-1 and has one more round-robin game to play this morning against Quebec.

The bottom line? If Alberta wins this morning, Manitoba will play Alberta in tonight’s Page playoff 1 vs. 2 game, with the winner advancing straight to Sunday’s Brier final. That’s because Manitoba owns the head-to-head tiebreaker with B.C. based on Thursday’s win.

However, if Alberta loses to Quebec, that would create a three-way tie for first at 9-2 and Manitoba would be the odd-team out in that scenario and drop into the 3 vs. 4 game, while B.C. would play Alberta in the 1 vs. 2 game.

How’s that, you ask?

Well, each of those three teams has a 1-1 record versus each other this week and the next tiebreaker would be cumulative pre-game draws to the button, where Manitoba has struggled all week and trails both B.C. and Alberta heading into today.

While there is much still to be determined today, the one thing that is certain is the Stoughton foursome has saved its very best play for week’s end.

In addition to Stoughton, Manitoba second Mark Nichols was also leading in shooting percentage at his position heading into Thursday night, while third Jon Mead was second among thirds. Lead Reid Carruthers was tied for fifth.

“I’ll take this all day,” said Mead. “This is way better than starting the week 7-0 and then limping into the playoffs. Our first goal was to make playoffs and now we’ve done that. Now, can we improve on the 3 vs. 4 game?

“Yes, in an ideal world, it’d be nice to have one more win at this point, but the best part is how we’re playing at the end of the week. And the guys are playing great.”

The identity of the fourth playoff team must also still be resolved today, with Quebec’s Jean-Michel Menard and Saskatchewan’s Steven Laycock tied for fourth at 6-4. Saskatchewan has the easier path today, taking on New Brunswick (5-5) in its final game, while Quebec has to contend with Alberta.

Upheaval sure to change face of curling in '14 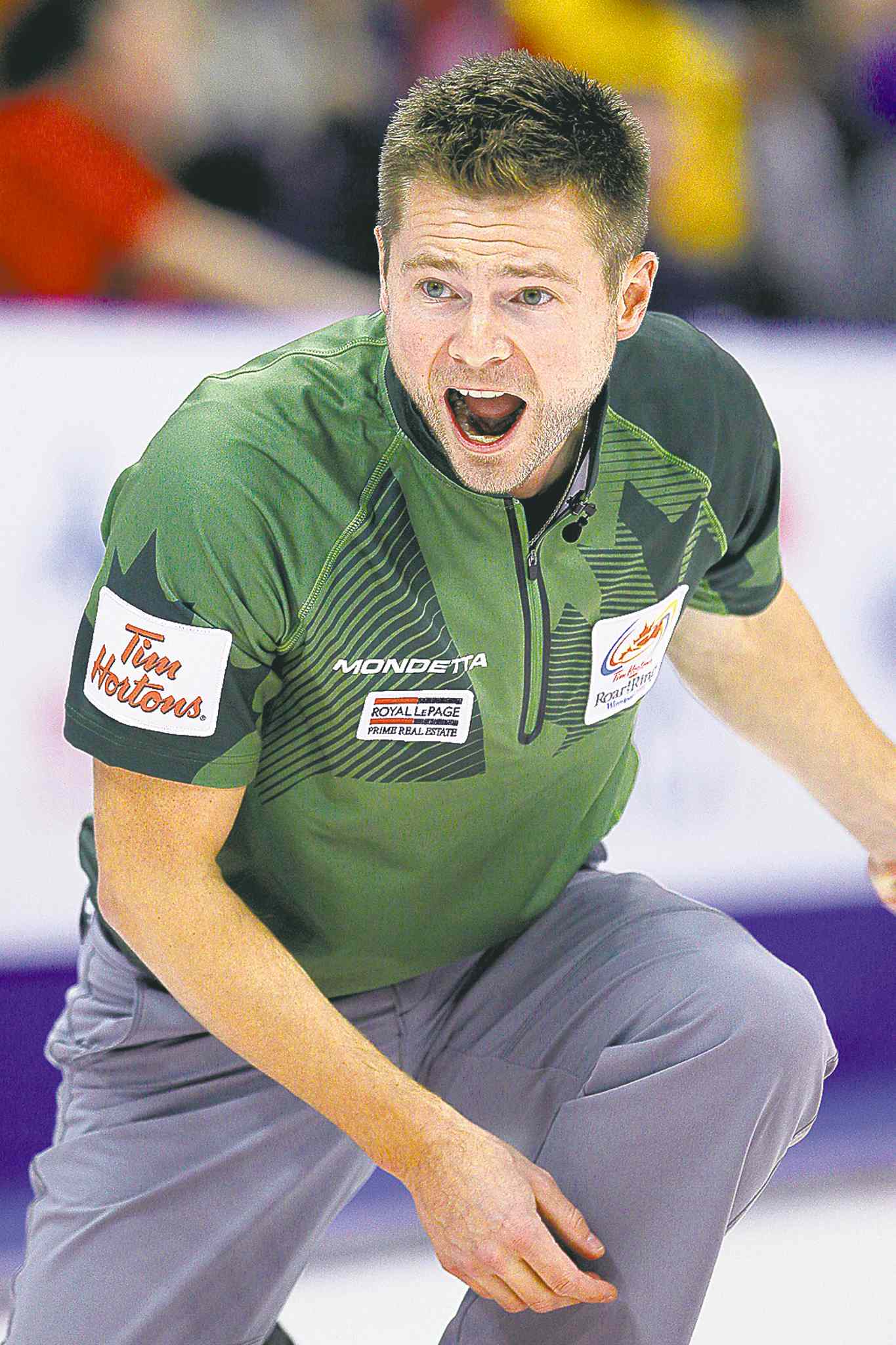