A search for the visionary mayor

Ask political scientists, urban planners and civic political animals to name Canada's most visionary mayor, and you're likely to get a single answer: Calgary's Naheed Nenshi.

The Harvard-trained academic and business consultant authored what is easily one of the greatest underdog election wins in Canadian political history, surging from single-digit support in pre-election polls to a commanding win on election day.

Since then, Nenshi has been hailed as the model of the next-generation politician: smart, articulate with a deep understanding of new tools of political engagement such as social media. He has been touted as a possible future premier of Alberta, with some speculating on what he could do as leader of a federal party.

And yet, take a long look at Nenshi’s record in office and it’s tough to identify a long list of specific accomplishments or visionary policies.

Nenshi has openly battled with developers and the railways. He did cut the ribbon on several big infrastructure projects — a new LRT line and a bridge to name just two — but for the most part, those projects were started by his predecessor. He has also raised property taxes steadily since taking office, with increases of at least five per cent during the past four years.

In its October 2013 editorial endorsing Nenshi for re-election, the Calgary Herald raised improvements in snow clearing and new bylaws to allow more food trucks as notable accomplishments during Nenshi’s first term. However, despite a modest record of achievement, the Herald believed Nenshi was a good choice for a second term. “So while there are not many tangible accomplishments to point to in Nenshi’s first three years as mayor, he has, nevertheless, already left an intangible legacy for the residents of Calgary.”

To many observers, the contrast between the symbolism of the so-called Nenshi effect, and the reality explains in large part why there are so few truly visionary mayors. It’s not because the mayors are not creative or innovative. Rather, the lack of visionary accomplishments reflects the fact local governments are overburdened with problems, particularly infrastructure deficits and under-equipped with the powers needed to solve them.

“Cities are defined less and less by big, signature solo initiatives,” said Jino Distasio, director of the Urban Affairs Institute at the University of Winnipeg. “For most cities, it’s hard to think outside the box because they have so many things to do and so few resources to get them done. So, everything gets boiled down to potholes and property taxes. It makes municipal politics rather mundane.”

Richard Florida, an American urban studies specialist teaching at the University of Toronto, agrees most municipal leaders “lack the real power and authority to do the job.” However, Florida said that does not mean there is a lack of municipal visionaries.

Among those he considers visionaries:

— Pittsburgh Mayor Bill Peduto, who spearheaded an initiative to increase immigration to his city as a key driver of economic activity;

— Former New York City mayor Michael Bloomberg whose hyper-liberal agenda included convincing the state to allow him to replace state school boards with a municipal body controlled by the mayor’s office, then raising teacher salaries by 15 per cent.

If there is one factor that connects those visionary mayors, it is that all of their good ideas were almost wholly dependant on the willingness of senior levels of government to grant increased power and authority to municipalities.

Consider the situation facing New York City Mayor Bill de Blasio. Elected last November, de Blasio ran on a radical campaign that focused on income inequality, and included core pledges such as the establishment of universal preschool for residents. He sought to fund it by imposing a surtax on incomes above $500,000.

The problem facing de Blasio was his surtax proposal needed approval from the state, and particularly from New York Governor Andrew Cuomo. The new mayor lobbied Cuomo aggressively but ultimately could not convince him to consider a new income tax. The state did, however, give de Blasio a $340-million appropriation to launch the first phase of universal preschool.

Municipal leaders are so hamstrung by a lack of taxing and spending authority, that often some of the most innovative ideas for local government actually begin with activists at senior levels of government.

In Allentown, Pa., observers are watching closely to see the results of one of the most radical urban-redevelopment programs ever devised.

Allentown has been for much of the last quarter-century a poster child for post-industrial decline. At one time a bustling community with steel mills and other heavy industries, Allentown has slowly lost its major employers, most of the wealth of its citizens, and ultimately its ability to prosper.

Enter the neighbourhood improvement zone initiative. Rather than conventional tax-increment financing schemes, used currently in Winnipeg, which re-channels future property taxes to spur development, the NIZ collects all of non-property taxes (income, sales and business) paid by businesses and individuals within the zone and uses the money to service municipal bond and create bridge financing for developers focused on projects in a 50-hectare swath of downtown Allentown.

The plan has already generated an estimated $1 billion in current and planned capital investment. The keystone projects include hundreds of thousands of square feet of new retail and commercial space, and a new downtown multi-event arena.

The punchline in the Allentown success story is a familiar one: The NIZ was an initiative brought forward by a state congressman. Yes, municipal leaders in Allentown had to take up the challenge of putting the NIZ into action. But without state largesse, it would never have been.

These examples show the true municipal visionaries may not be the mayors with the best ideas. They may be more correctly described as the mayors who can convert their personal popularity into levers to pry loose the powers and authorities they need from senior levels of government.

This is where mayors such as Nenshi and Edmonton’s Don Iveson are earning their reputations as visionaries. “While both Nenshi and Iveson represent generational change, are savvy with social media and incredibly popular with their respective voting publics, they have also sought to carve out a new relationship with the provincial government in a bid to wrestle more powers for their cities,” said MacEwan University political scientist Chaldeans Mensah.

Iveson and Nenshi are lobbying the province to create new civic charters that would allow cities greater taxation and spending authority. As is the case in almost every province, municipalities are legal creations of provincial legislatures. Most cities cannot invoke new taxes or fees without provincial legislative approval.

The Nenshi-Iveson play is somewhat reminiscent of the Big City Mayors movement of the early 2000s, in which former Winnipeg mayor Glen Murray played a pivotal role. The campaign, which has since lost its momentum, called for increased investment in infrastructure by senior levels of government and new municipal spending and taxation powers to lessen the reliance on property taxes.

It would be tough to understate the degree to which senior levels of government have ignored those pleas. While the federal government has rolled out various infrastructure funding programs and cut municipalities in for a greater share of gas taxes, and many provinces, including Manitoba, have significantly ramped up infrastructure spending, the combined total of these investments continues to lag behind the need.

Consider that Winnipeg’s estimated infrastructure deficit is now more than $7.5 billion. That is six times the city’s annual budget. Without massive injections of money from the federal and provincial governments, or new municipal taxation powers, there is no way any future mayor will be able to close that gap.

The future mayoral visionaries will most definitely be those who can — by using carrots or sticks — convince other levels of government to radically change their relationship with municipalities. It will only be through the cultivation of those connections that change will come.

“Cities right now are really unable to lead because they are so subservient to other levels of government,” said Distasio. “We need to change that equation.”

Vision: n. ability to plan or form policy in a far-sighted way 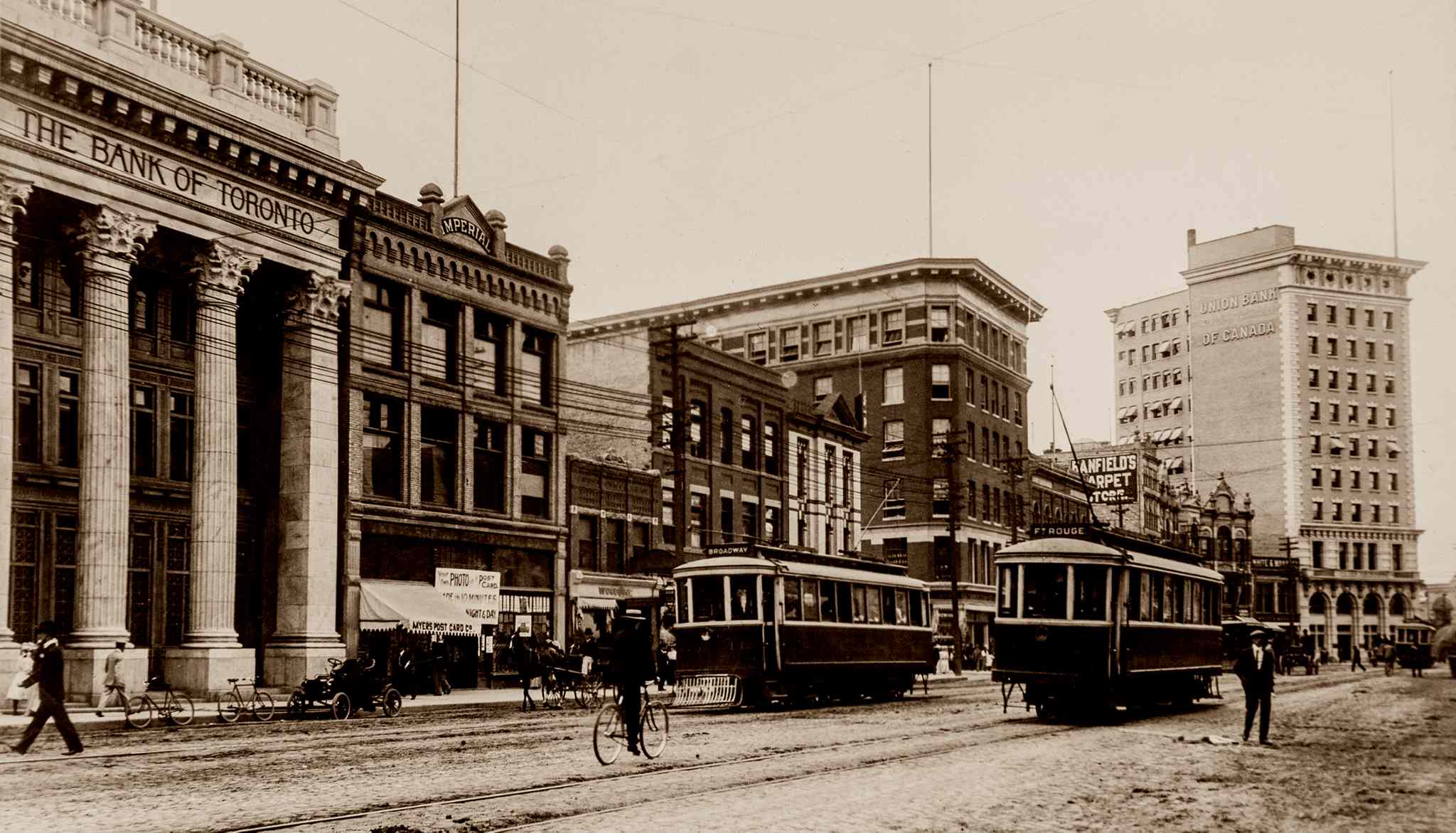 In search of a visionary city -- at the News Café 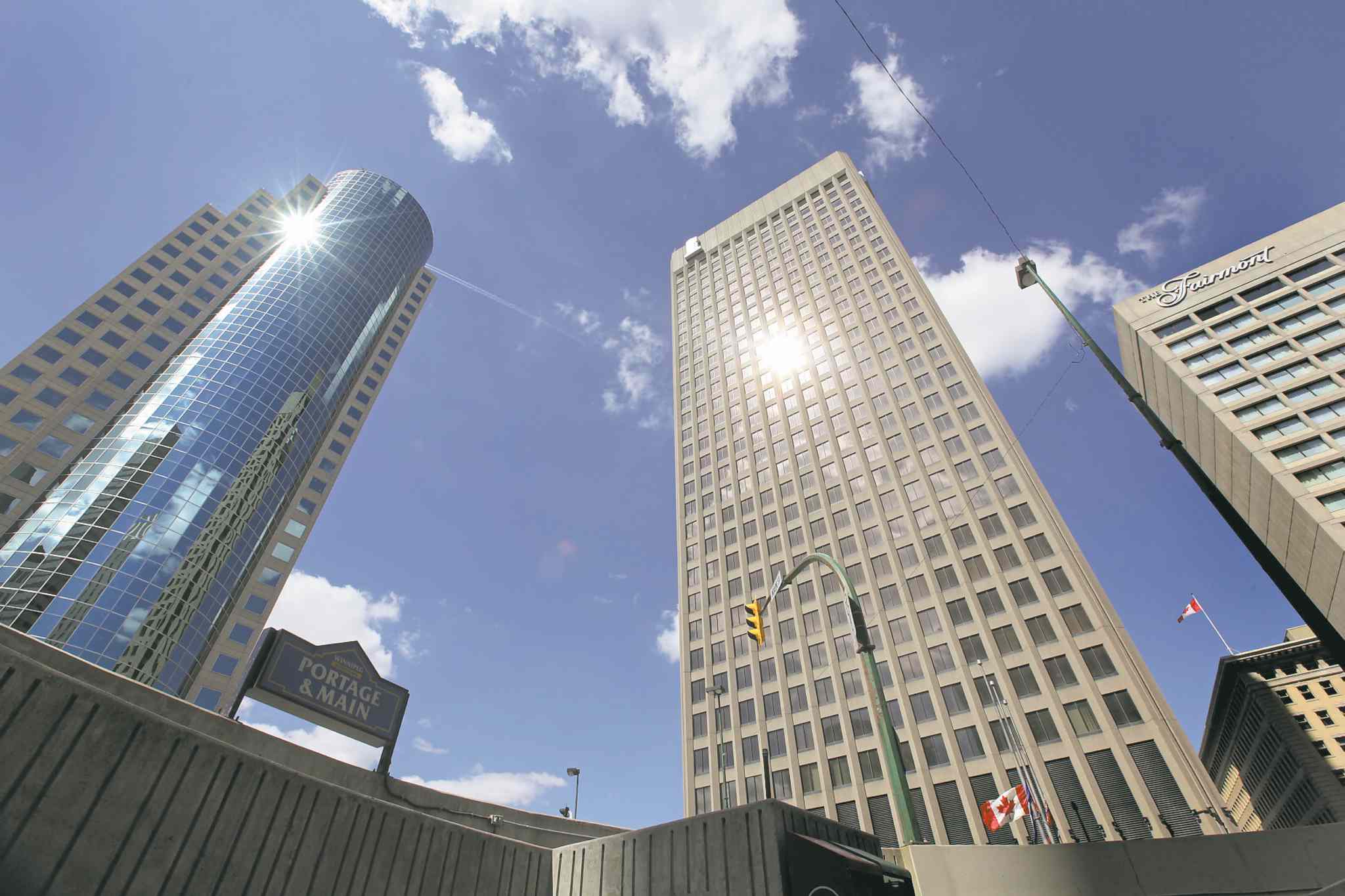 A discussion on vision

We will be talking vision with Gail Asper and Susan Thompson at the Free Press News Café today at 2 p.m.

Come join us at 237 McDermot Ave., and hear what the woman who helped make the rights museum a reality and Winnipeg’s first female mayor have to say about vision and our city.

The panel will also be streamed live at winnipegfreepress.com.