For years, biologists warned that while there was a pickerel population explosion in Lake Winnipeg caused by an abundance of nutrients in the water, someday the numbers would crash.

That day may be near, but it doesn’t appear to be because of issues of eutrophication or lack of oxygen caused by too much phosphorus in the lake. Instead, fingers are being pointed at commercial fishing.

“It’s starting to slip, unfortunately… 2005 to 2013 were just unprecedented years,” Klein said this week. “Commercial fishing was bringing in from 4.5 million to five million kilograms per year of walleye. But last year, they brought in 3.5 million kilograms and this year, I wouldn’t be surprised to see at the March 31, 2016, year-end, they barely manage three million.

“The high mortality rate is because of fishing and commercial (fishing) is the single biggest user.”

The commercial fishery on the lake — and the anglers who come to land a pickerel (also commonly known as walleye) — represent a large economic engine.

A few decades ago, the province carved up the fish harvest into individual quotas that could be bought and loaned. That quota, which covers pickerel, whitefish and sauger, allows more than six million kilograms of fish to be harvested annually from the lake.

But there is no ready mechanism in the quota system to reduce the harvest levels when fish populations are in decline.

Vicki Burns, former outreach co-ordinator at the Lake Winnipeg Foundation and now a director of the Save Lake Winnipeg Project, said the declining numbers of pickerel “is a very big concern and a very big red flag to pay attention to the lake and to move faster to help it.”

“If the quota is the cause, we really do need to reduce the quota and ensure long-term sustainability. It just makes a lot of sense. I really hope our government will take strong action on this.”

But Robert Kristjanson, whose family has fished on Lake Winnipeg for more than a century, said he doesn’t believe the fish population numbers are anything more than a temporary dip.

“We’ve gone down and then gone back up again,” Kristjanson said. “My family has been fishing for years here — I don’t believe it. You go through different periods of times with large ups and downs on fishing. You have to be around as long as we have to know. But talk to me at the end of fall and I’ll know.”

Karen Scott, a researcher with the Lake Winnipeg Research Consortium, said while she agrees pickerel numbers are down, more research needs to be done about the cause. “It’s a hard question to answer — there’s not a lot of research on the food web on Lake Winnipeg. There’s not much information on the productivity of the fish.”

Scott said a recent research project conducted by students at the University of Manitoba appeared to show pickerel in the lake’s north basin were feeding almost exclusively on rainbow smelt, an exotic species introduced into the lake in 1990.

“The rainbow smelt also could be contributing to the productivity of pickerel, but we don’t know,” she said.

“We need more work there, but so far most of the research has been on nutrients and algae in the lake.”

Craig Ferris, president of the Walleye Anglers Association of Manitoba, said his members haven’t noticed any overall decline in pickerel populations, but they have noticed they’re not catching as many in the 32-centimetre to 48-cm length range.

“We encourage people not to keep the larger fish because they’re the best spawning fish,” he said.

Ferris said he hopes the government doesn’t have to step in to restrict the fishing — or even close the lake, like the Minnesota state government did Aug. 2 with Mille Lacs Lake.

“Just with our group, we had 125 Americans come up for a weekend of fishing with us (on the east side of Lake Winnipeg),” he said.

“They buy gas, bait, stay in hotel rooms, take meals, hire guide services. They bring in a lot of dollars. We’ve had some tell us they caught bigger fish than ever in their lives.”

Rob Olson, managing director of the Manitoba Wildlife Federation, said his members also haven’t seen a decline in pickerel populations, but they are aware biologists have been warning for years about a collapse in the numbers.

“Our members worry about it,” Olson said. “There’s real concern with sports fishing. Most of us aren’t scientists so when scientists tell us about a pending disaster, we take note.”

Olson said there are now more sport fishers on Lake Winnipeg — especially ice fishing — than when he was a child more than three decades ago.

“It used to be rare to see ice fishers, but last March, when we were out I counted 500 vehicles. It was like a town out there on the lake. And half of the licence plates were from Minnesota and Wisconsin.”

Olson said sport fishers from Minnesota tell him “Lake Winnipeg has the best ice fishing in North America and is likely the hottest walleye destination on the continent now.”

“It would be a massive economic impact if they shut down that lake,” he said.

Dave Bergunder of the Freshwater Fish Marketing Corporation, the entity that buys and sells all commercially fished fish on the lake, admitted the numbers do “cycle up and down.”

“If we had more fish we’d like to get it, but you always want to be at a sustainable level… everybody wants a renewable resource which is around for our children and grandchildren.”

Bergunder said even though Minnesota — in an unprecedented move — made it illegal to fish for walleye in Mille Lacs Lake due to the annual quota being exceeded, it hasn’t led to increased sales for his company.

“It’s more of a sports-fishing sport down in Minnesota,” he said, noting those aren’t the fish that end up on plates in restaurants.

“Most of our commercially sold fish are sold in Minnesota. The Midwest U.S. is our biggest volume market.”

More data needed before pickerel quota would be lowered: minister 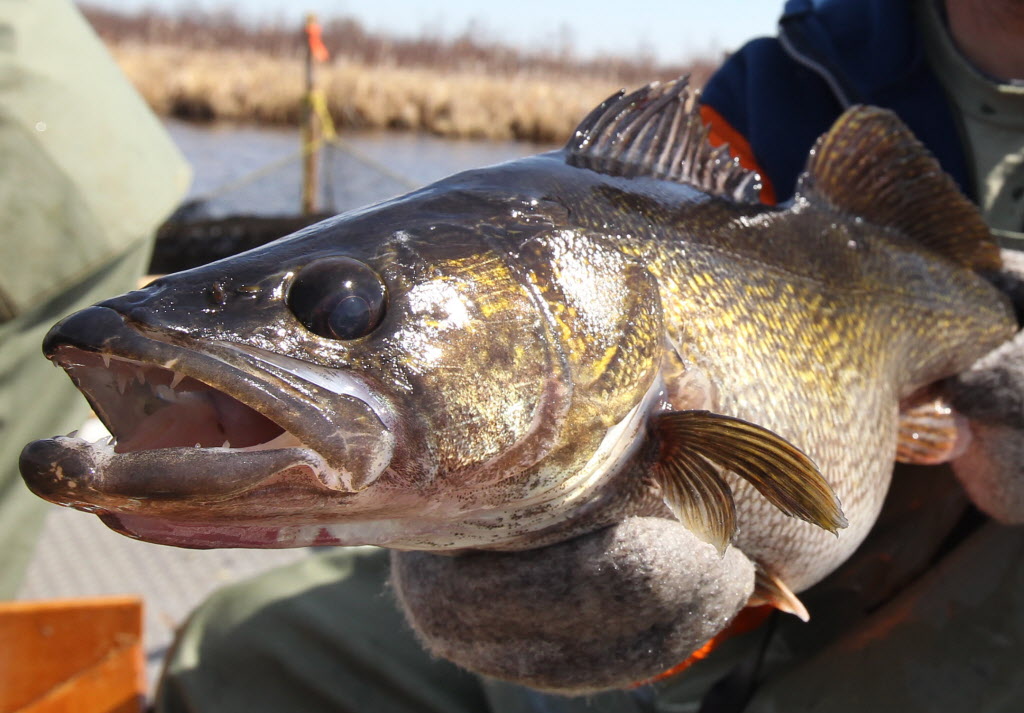