Crescentwood residents are miffed a century-old home was demolished.

Crescentwood residents are miffed a century-old home was demolished.

They’ve posted drawings, flowers, RIP notes, sympathy cards and placed a wreath on the fence surrounding what is now a construction site.

A stately white brick home sat on the 17 Harvard Ave. lot before demolition two weeks ago.

The 21/2-storey home across the street from Peanut Park was built in 1910.

“We don’t know who’s been doing it but condolence notes and messages: ‘rest in peace,’ and drawings by children have started showing up on the builder’s fence,” said Christene Skene, a neighbourhood resident. “It’s heartwarming, in a very sad way.”

When Barb and John Meyers sold their house in July, they had no idea it would be demolished. A young couple approached them last winter to inquire about a private property sale.

After spending 12 years on Harvard Avenue, the Meyers decided it was time to downsize because their children had grown up.

The property was sold July 1 for about $600,000 and, Barb Meyers said, remained unoccupied until a few weeks ago when cranes appeared and tore down the garage and home in “one fell swoop.”

“When you tear down a Crescentwood house, you’re tearing down the essence of the neighbourhood,” she said.

“They will build, I’m sure, a very beautiful modern house, but it won’t be a Crescentwood house. It will be out of step with the rhythm and spirit of the neighbourhood.”

Ian Bastin lives a couple of doors down and said there were rumours the house was being demolished but official notice was never given to neighbours.

“Living here is a commitment to the architecture and to the character of the neighbourhood,” Bastin said. “So when a house like that gets destroyed, it’s devastating for all of us because it’s a comment that all our houses are worthless.”

Bastin, a trained architect, said he doesn’t recommend “normal people” live in a Crescentwood house because taking care of an old home is a hobby and requires maintenance.

“The new owners could be the nicest people in the world, but they’ve made a lot of enemies already. There’s just a total lack of consideration for the community,” he said.

Bastin said the Meyers’ house was full of solid oak doors and maple hardwood floors that aren’t made anymore. Bastin said none of the home’s woodwork or interior was kept.

“The waste is immoral,” he said.

Meyers said witnessing the destruction of a piece of Crescentwood is heartbreaking, considering all the efforts residents have made to protect the neighbourhood.

Friends of Peanut Park, a Crescentwood community group, has helped raise money and worked with the city to redevelop Peanut Park.

To date, the group has contributed more than $70,000 to restore the park. The group also pays for a park gardener, which costs about $10,000 per year.

Skene, a friend of the Meyers and a member of Friends of Peanut Park, said the group is in the process of applying to get the neighbourhood designated a heritage conservation district (HCD).

She said the city has told her Crescentwood has to wait until a decision is made about a potential HCD across the river, at Armstrong’s Point.

If Armstrong’s Point becomes an HCD, all community property and buildings will have to be restored and renovated to complement the neighbourhood’s character.

“There’s a groundswell of frustration and sadness that, even with the best efforts to save the neighbourhood, somebody can come in and just tear a house down,” Skene said.

Charles Feaver, another neighbour of 17 Harvard Ave. and a Friends of Peanut Park member, said he was surprised the new owners haven’t introduced themselves yet.

He said the new property is going to be a single-family home.

Feaver was on vacation earlier this month when he started receiving messages from friends who were worried about 17 Harvard’s disappearance.

“There are concerns about commercial pressure to build condos around us,” he said.

But not everyone in the neighbourhood thinks change is bad.

Claude Davis, a real estate agent who has lived in Crescentwood for 30 years, wrote a note to the new owners of 17 Harvard Ave. to express his excitement that they chose to build their dream home in the neighbourhood.

“Their choice is to build something new rather than to rebuild the existing home — and that’s their choice,” he said. 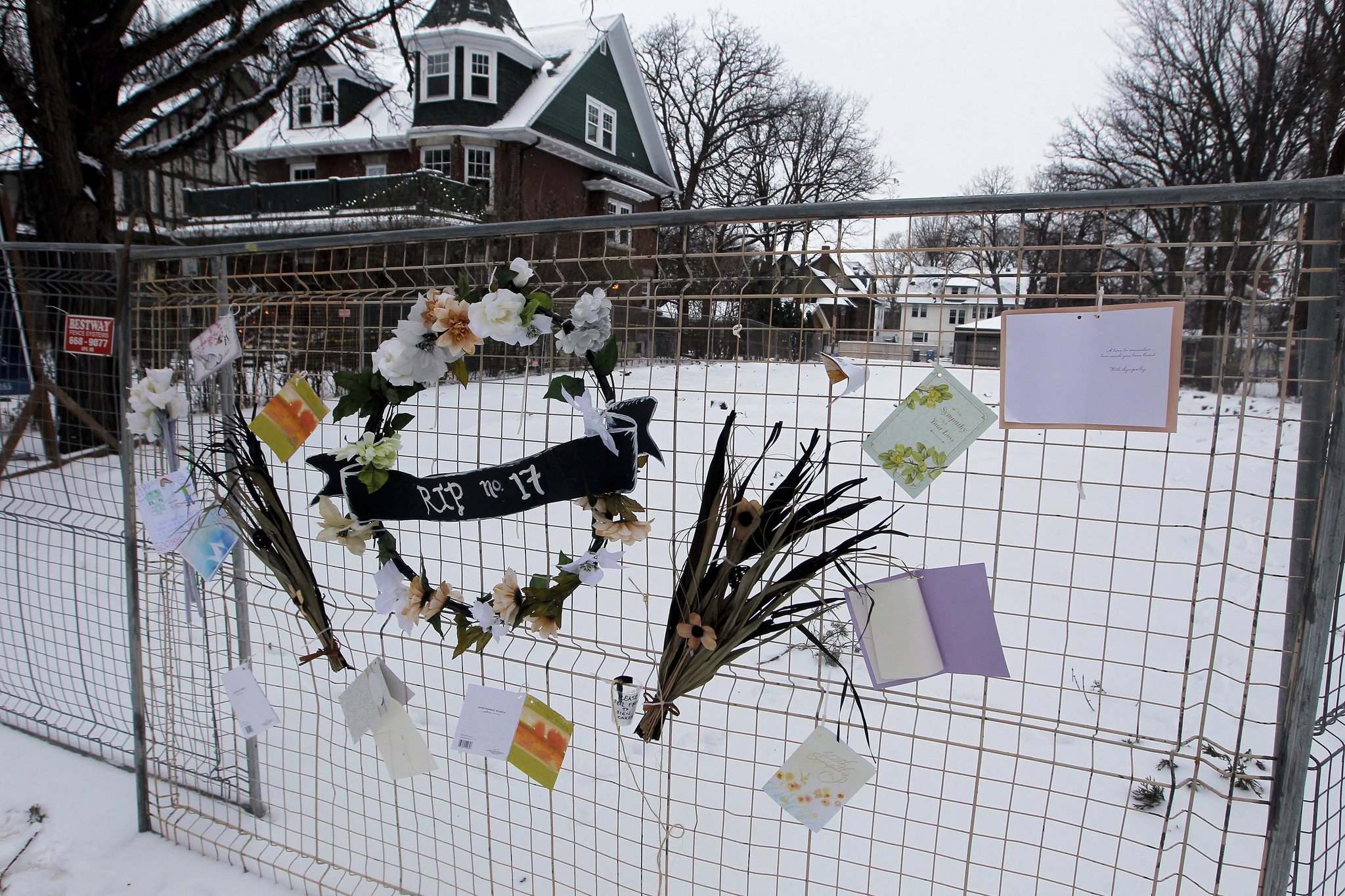