After more than a decade of legal limbo and uncertainty, people who live near the former Kapyong Barracks aren’t holding their breath there will be progress to redevelop the Kenaston Boulevard site in the near future.

After more than a decade of legal limbo and uncertainty, people who live near the former Kapyong Barracks aren’t holding their breath there will be progress to redevelop the Kenaston Boulevard site in the near future.

They also say if redevelopment involves a project they don’t like, they are prepared to mobilize against it.

Since troops cleared out of the base in June 2004, court dates have come and gone, millions of dollars have been spent on legal proceedings, negotiations have limped forward and the buildings have fallen into disrepair.

Homeowners say they have been waiting in suspended anticipation, unsure of what to expect and what effect redevelopment would have on their property values.

Of the dozens of homeowners who spoke to the Free Press, many said they feel left in the dark by politicians who don’t appear to be interested in including them in the redevelopment process, or keeping them up to date.

“I think it’s ridiculous, to be honest. It’s a waste of money and obviously something should be done with the space. They should move on with it and figure out what they’re going to do,” said Alex Feder, whose home backs onto the property west of Kenaston Boulevard, north of Grant Avenue.

Diane Lee, who’s lived behind the barracks on the west side of Kenaston Boulevard for more than 20 years, said the situation has been up in the air for so long it feels like it will never be resolved.

“It’s almost like it doesn’t exist. It could be another 20 years before they do anything. It has been in limbo for so long. It seems like it will be like that forever,” Lee said.

But even if it feels like the situation will drag on forever, residents know change is coming. The neighbourhood recognizes it’s not a question of if redevelopment happens, but when.

The property is one of the prime pieces of real estate in Winnipeg, on the edge of one of its wealthiest neighbourhoods. While everyone wants to see something done at the site, many residents admit to being worried about who might be their new neighbours.

Some residents, some of whom asked not to be named, admitted to being concerned the property looks poised to be redeveloped as an urban reserve after ownership is transfered to various First Nations stakeholders. However, most made clear they’re not opposed to an urban reserve, just confused as to what it entails.

Many homeowners are concerned the redevelopment has the potential to lower property values. While those with homes bordering the barracks would seem to have the most cause for concern, some in the wider community say they worry about it, too.

Glen MacAngus, a real estate professional who does business in the area, said property values are likely to be affected once redevelopment happens. The question is: will they go up or down?

“When something concrete happens there, we will see what happens to property values, in terms of it going up or down. If you back onto the barracks, it’ll certainly be affected. There will be some questions there,” MacAngus said.

“It’s certainly an eyesore for Tuxedo and it’s prime real estate, for sure. There’s an opportunity to do something with it that will be a benefit for the community. In my opinion, an urban reserve, done in a tasteful fashion, would be absolutely perfect.”

In 2017, Long Plains First Nations Chief Dennis Meeches, said once the land is returned to First Nations, there are a number of mixed-use possibilities for the site, including: single-family homes, a condo complex, a mall, box stores, a casino, gas station, and a war museum.

Paul Knight, who owns property near the barracks, doesn’t like many of those options.

Knight said he’s been in a holding pattern for the past three years, waiting to build a home on his property until there’s more clarity on what the site will become. He doesn’t want to invest in building a new home until the uncertainty is resolved. He said if his property backed directly onto the barracks, he’d have sold it a long time ago.

“I don’t think it’s fair or democratic to have this pushed down our throats. I don’t know what they’re going to put there. Nobody is saying anything about it.”

Knight said he’s reached out to MPs, MLAs and city councillors). Their responses haven’t shed light on where the redevelopment process is at or what he should expect.

If community members aren’t properly consulted during the redevelopment or if people feel as if their concerns aren’t being respected, Knight said he’ll help mobilize the community.

“I’m prepared to go out and have petitions signed by everyone out in River Heights and Tuxedo. No one has had the decency to come out to those of us who live there and tell us what the plan is,” he said.

Feder also said would get active to protect the character of the neighbourhood if he felt it was being threatened, adding he thinks many other residents would be on the same page.

“I’m probably not emphasizing enough how adamant or vocal I’d be if something was going to be put there that would detract from this neighbourhood. And I know a lot of my neighbours feel the same way,” Feder said. 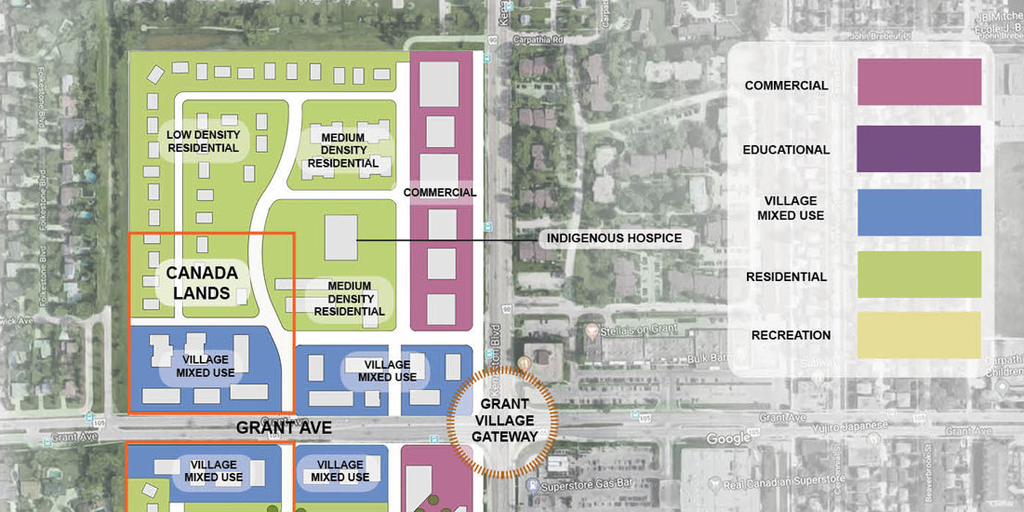 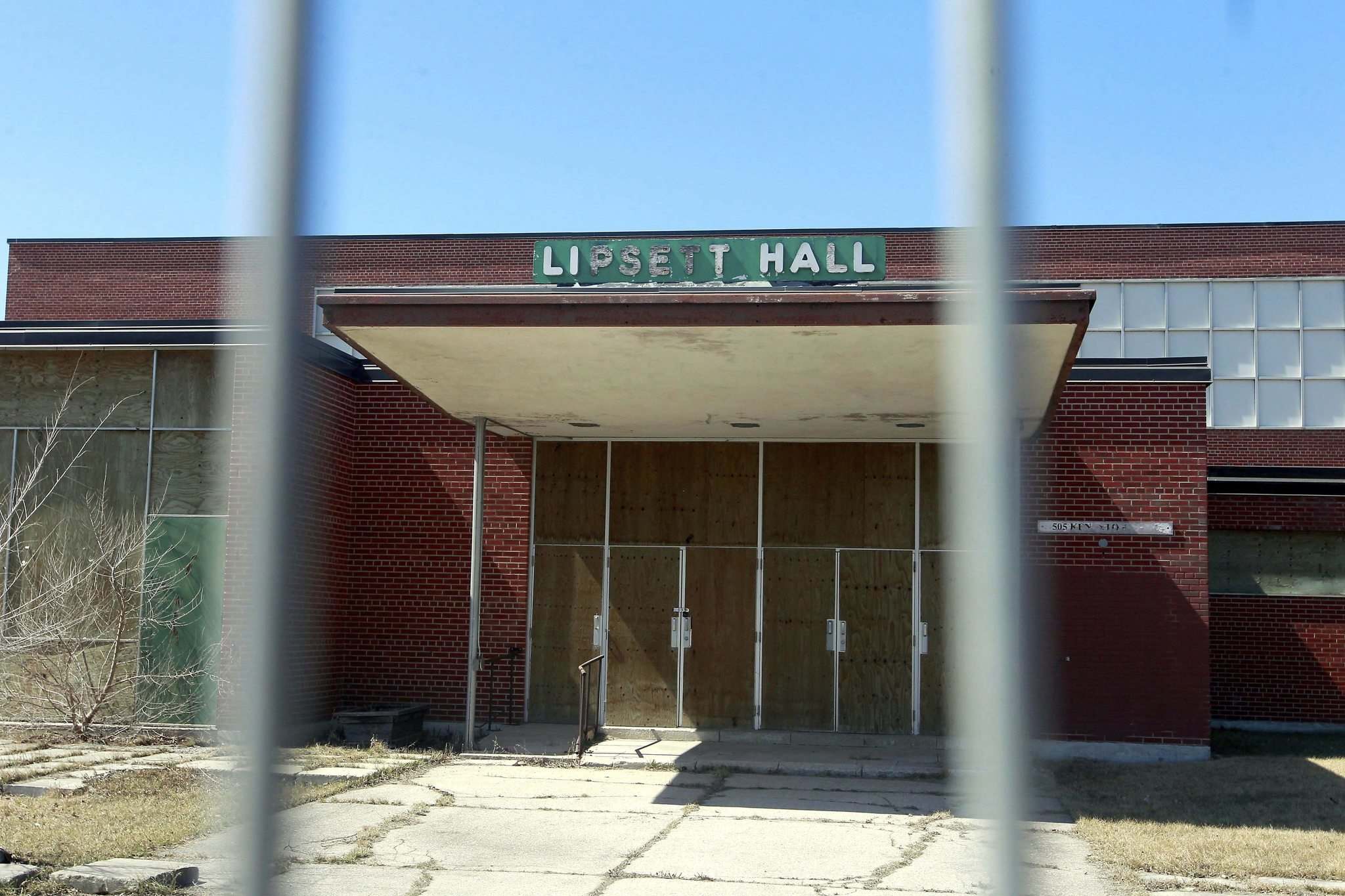 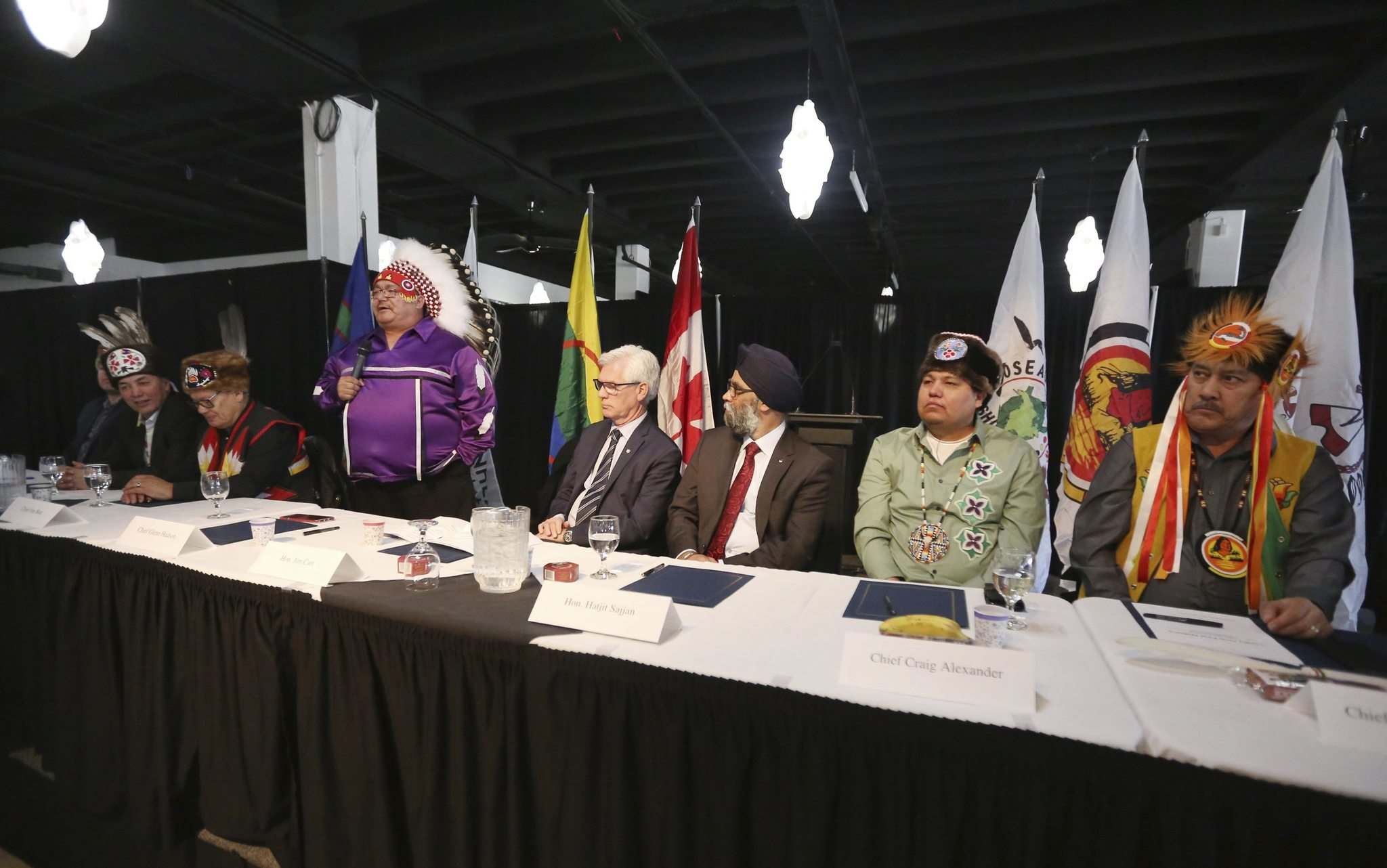 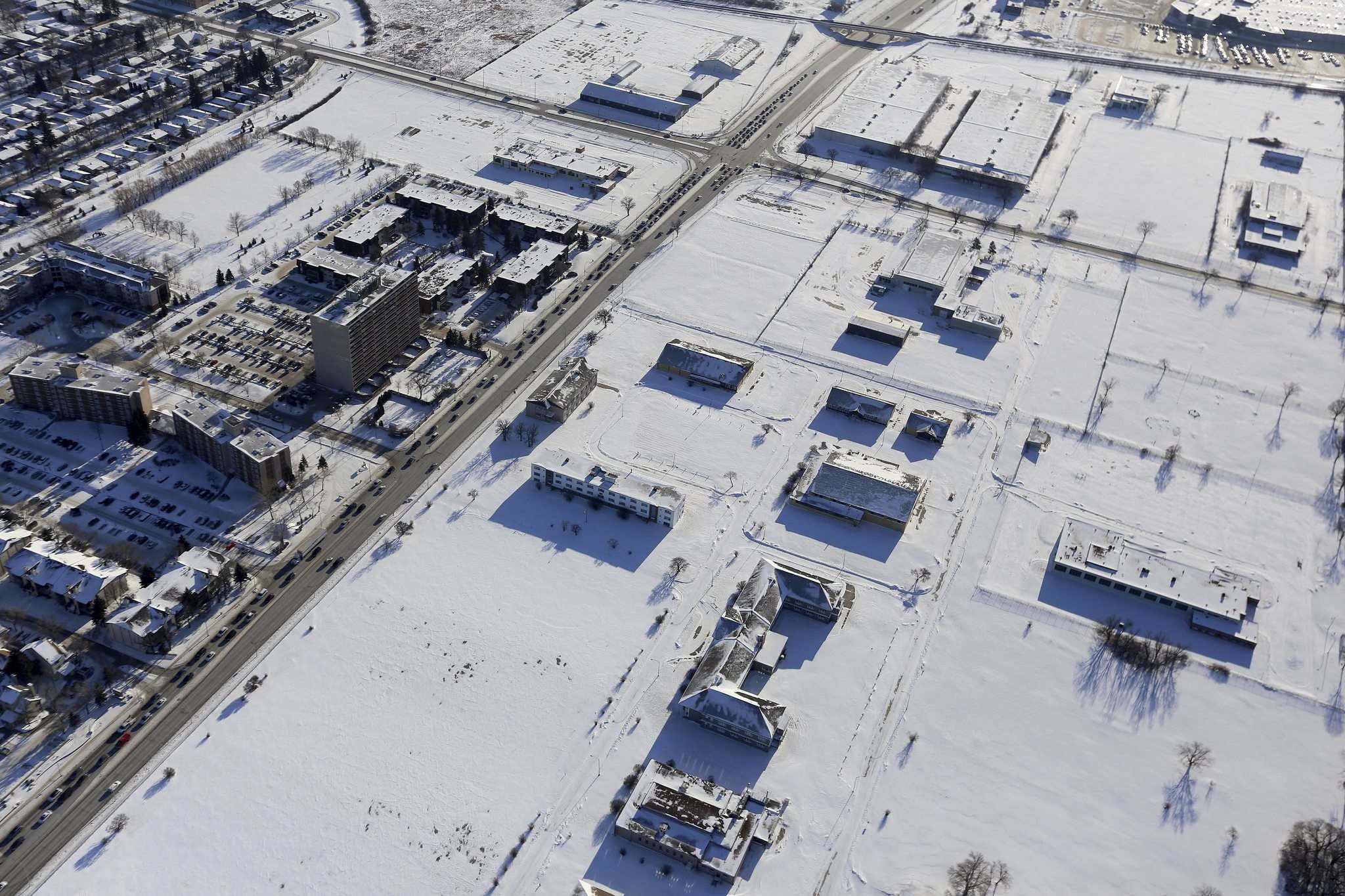 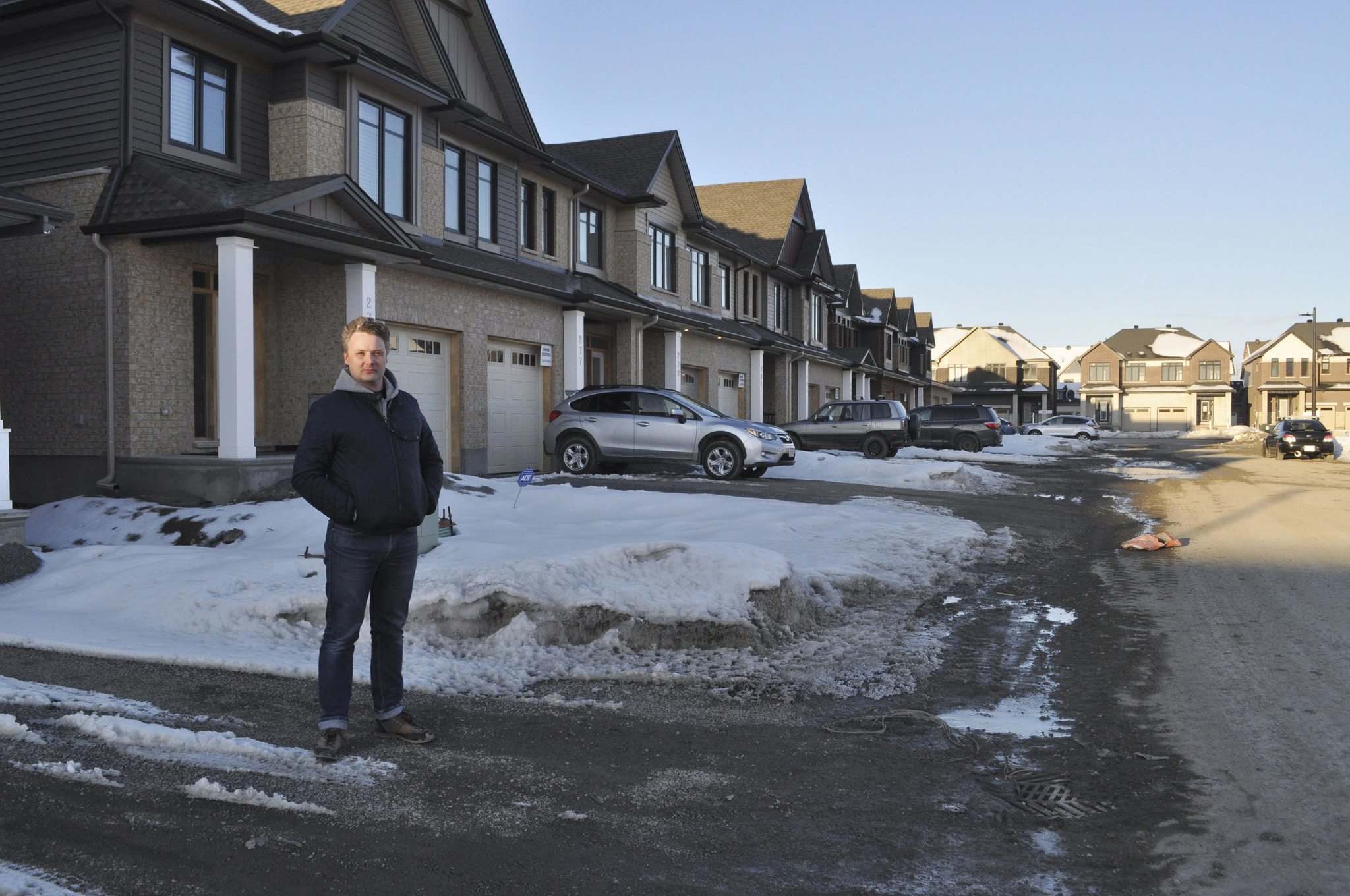 Despite delay and decay, hope remains for a thriving development at Kapyong Barracks 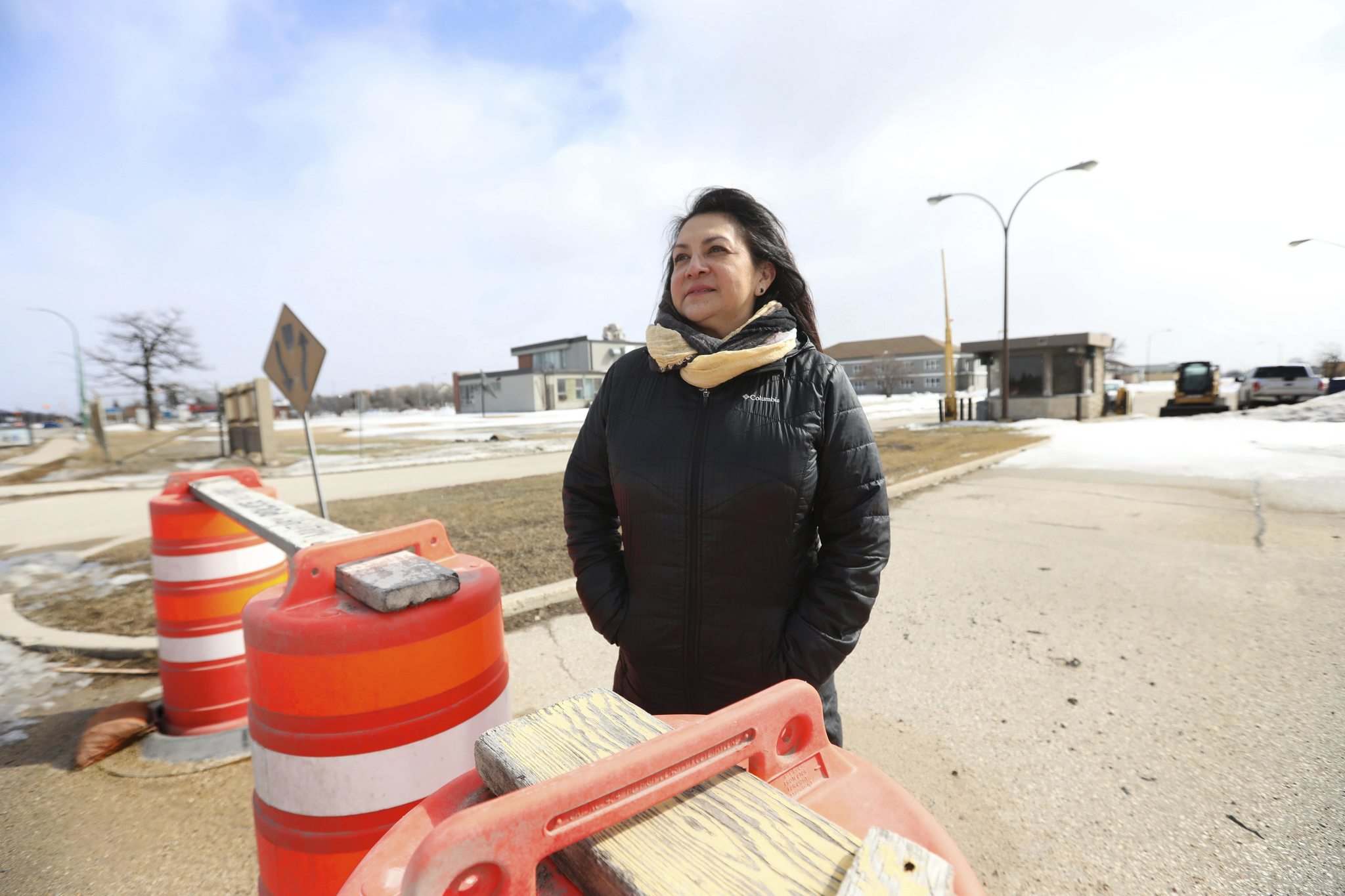 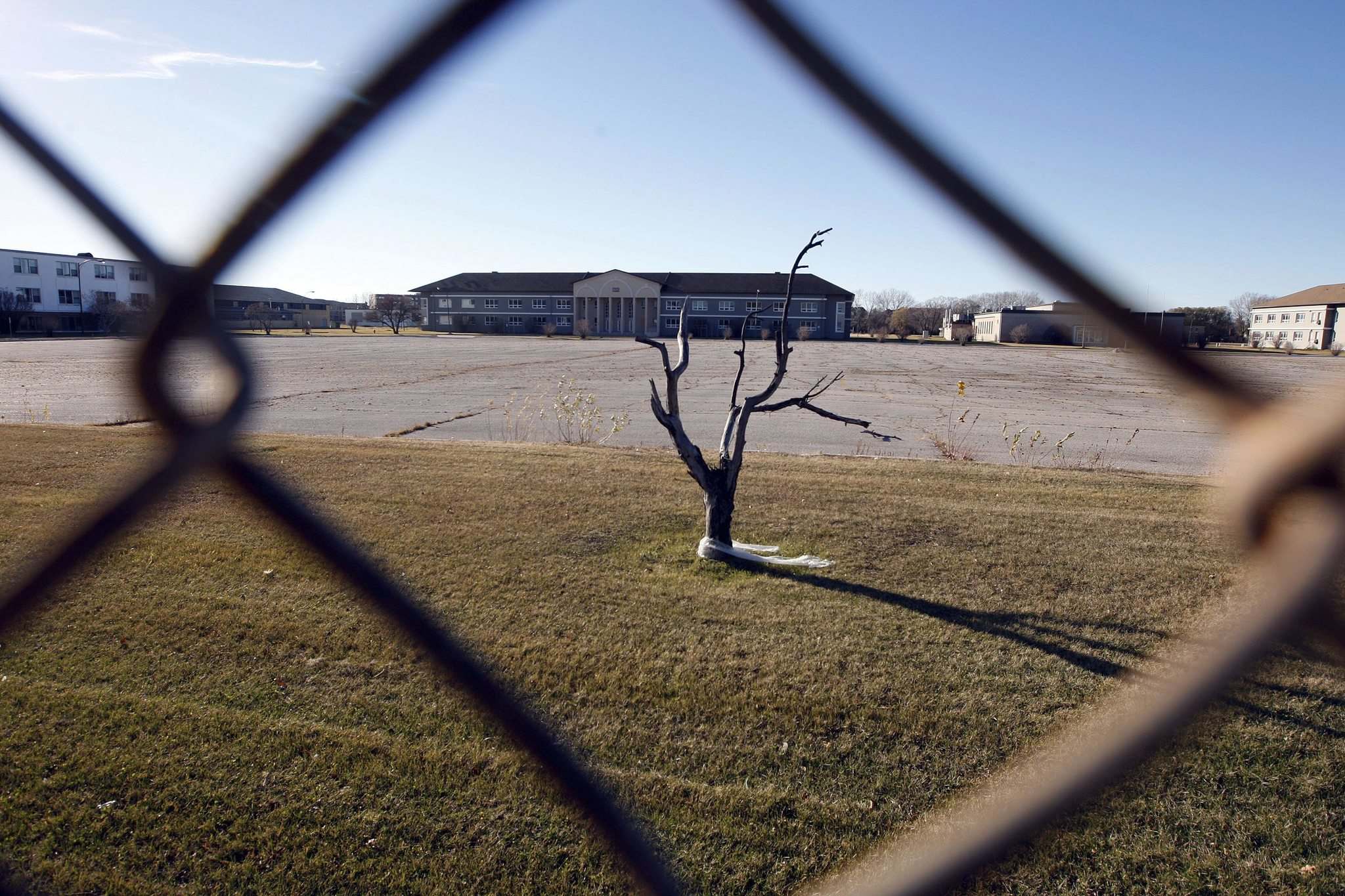 Sports facility left to rot during battle over barracks land 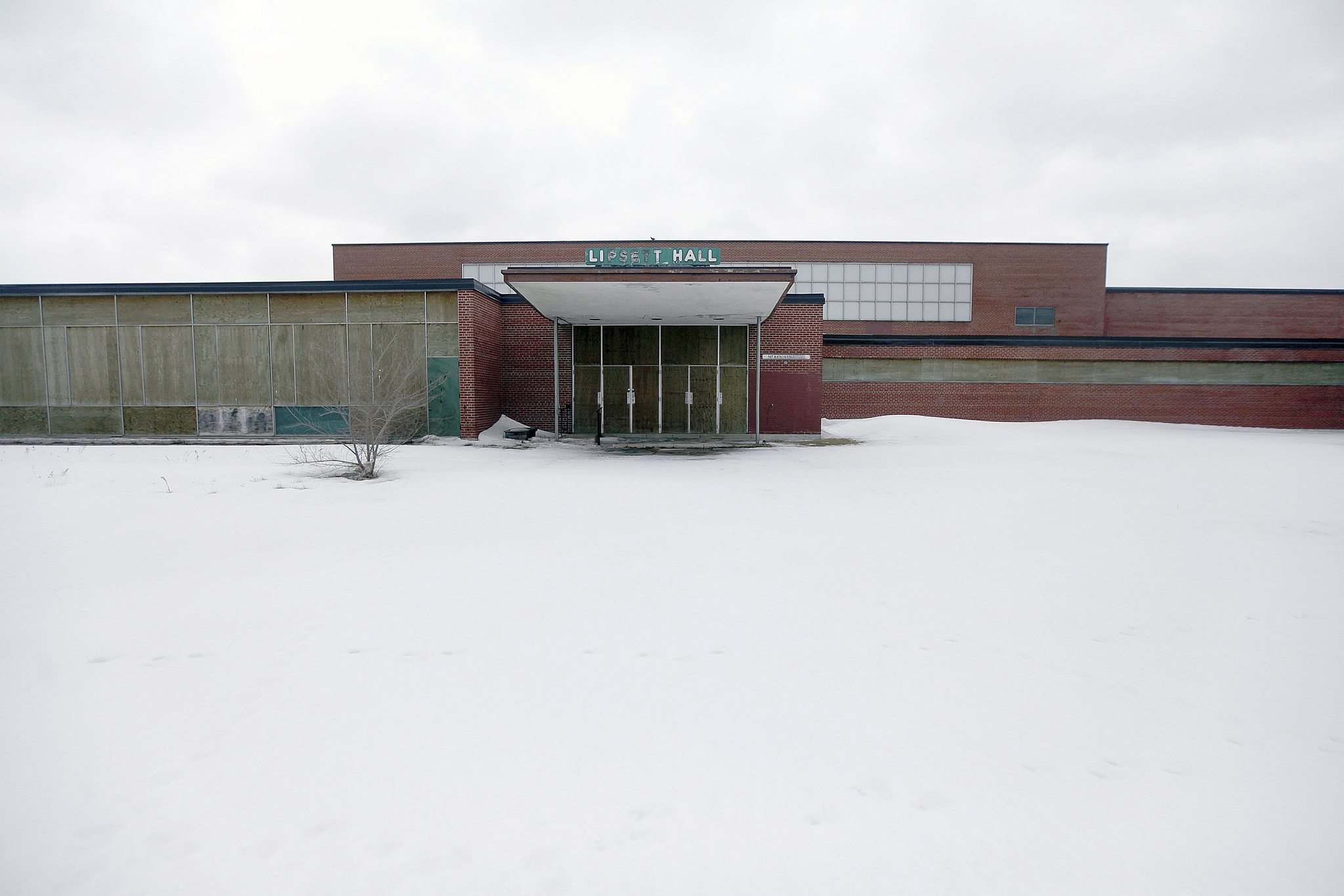 How much land are we talking?

Kapyong Barracks stretches over 160 acres. To understand how big that is, we’ve placed its footprint over some other parts of Winnipeg for scale.

City hall can’t do much

City hall’s hands are tied when dealing with the Kapyong Barracks property.

Both elected officials and administrative staff told the Free Press that because the barracks land, and the adjacent housing units on Kenaston Boulevard, are owned by the Department of Defence, the city’s regulations on derelict housings and demolition cannot be applied.

City hall’s hands are tied when dealing with the Kapyong Barracks property.

Both elected officials and administrative staff told the Free Press that because the barracks land, and the adjacent housing units on Kenaston Boulevard, are owned by the Department of Defence, the city’s regulations on derelict housings and demolition cannot be applied.

“It’s Department of Defence lands and they have complete jurisdiction over them,” said Coun. Marty Morantz, chairman of council’s public works committee whose ward encompasses the west side of the barracks property and who lives across the street from the barracks land. “Nor do we have any control over what they do with their buildings.”

Questions about what authority city hall has over that property were raised in November 2016, when the department informed civic officials it planned to demolish some of the structures.

Civic officials said at the time the department “could claim ‘Royal Prerogative’ which would exempt them from some or all requirements associated with the city’s permit process or other city approvals.”

However, Morantz said that once a portion or all of the property is transferred to First Nations as settlement for outstanding treaty land claims, city hall will have input into planning on the site through a services agreement, which would see city hall provide all the same services other property owners receive (ie water, sewer, police, fire) in exchange for an agreement on how development takes place.

While the barracks and the housing units have been abandoned for almost 14 years, Morantz said he’s not aware of any complaints that one normally associates with abandoned and derelict properties: vandalism, broken windows, graffiti, fires, illegal homesteading.

Morantz said he doesn’t consider the barracks property derelict, adding the site is fenced and access is controlled.

The battle of Kapyong lasted only three days in 1951 as Canadian soldiers held their ground against impossible odds in the Korean War.

But the battle over what to do with the barracks named after that proud part of Canada’s military history continues today.

In this series, the Free Press examines how much longer Winnipeg will have to wait for this urban blight to be redeveloped.