OTTAWA — Treaty One First Nations has unveiled a tentative plan for development of the abandoned Kapyong Barracks lands.  The next step is to ask Winnipeggers for their suggestions.

OTTAWA — Treaty One First Nations has unveiled a tentative plan for development of the abandoned Kapyong Barracks lands.  The next step is to ask Winnipeggers for their suggestions.

“We tried to include a whole cross-section of possible ideas,”  Long Plain Chief Dennis Meeches, the spokesman for Treaty One, told the Free Press. He stressed the design is nowhere near final.

“We just needed somewhere to start.”

Last Friday, Meeches released initial renderings of the site to an Aboriginal Chamber of Commerce (ACC) gala. The drawings include a daycare, hotel, Indigenous hospice and gas bar on the 160-acre site, as well as sports facilities and mixed-use buildings.

Meeches said it could include student residences, seniors’ housing and stores of varying sizes. There is park space, and plans for a war museum that focuses on Indigenous soldiers in the Canadian Armed Forces.

“I would love to have a transparent process going forward; we need to hear people’s opinions,” he said.

“We’ve been at this for such a long time, and now we have, I believe, full support” from Ottawa, Meeches added.

It’s the first detailed proposal to emerge from Treaty One, 14 years after the military vacated the site. Meeches said he’ll take the sketch to the seven nations within the treaty, and then to city officials and local residents.

“We want it to be a seamless process, but sometimes there are hiccups,” he said. “They might give some great recommendations; they might challenge us on some concepts.”

Kapyong to boost Treaty One traditions

Renderings include a welcoming fire and gathering area, which are meant to acknowledge Anishinaabe customs. They include some sort of design for the intersection of Kenaston Boulevard and Taylor Avenue, which will have reserve land on all four corners.

Renderings include a welcoming fire and gathering area, which are meant to acknowledge Anishinaabe customs. They include some sort of design for the intersection of Kenaston Boulevard and Taylor Avenue, which will have reserve land on all four corners.

“We want to make sure that we include as much as we can about who we are as Treaty One Indigenous people and we want to try and ingrain and incorporate a lot of our traditions and customs into design features,” Meeches said.

“We’ll put a lot of thought into how we lay that out.”

“This can be an example of what can be done when nations come together. And also a lesson for general Winnipeg citizens, about what is possible when it comes to an urban reserve — and maybe our misconceptions and our fears and hesitations are misguided,” Syvixay said.

He said Indigenous aspects of the site could help people feel more included and others aware of local history, like when his fellow Downtown Winnipeg BIZ staff put up decals with greetings in local Aboriginal languages.

“Even though it really did seem like a simple gesture, it really did open the conversation for what inclusion could look like, and better represent and welcome people into their spaces,” said Syvixay.

The entire building process will likely take one or two decades, Meeches said, but he hopes the entire site will be reserve land with some buildings finished by the 150th anniversary of the signing of Treaty One, on Aug. 3, 2021.

Canada Lands Co. (CLC), the Crown corporation that has helped negotiate a government land deal with Treaty One, will likely own Ottawa’s 50-acre allotment. That portion could focus on medium- and low-density residential sites, as well as some mixed-use buildings. Many of CLC’s similar projects elsewhere have included mid-rise apartments with retail or schools on the ground floor.

Jason Syvixay, a city planner with years of experience in Winnipeg, said that’s what makes the renderings useful.

“Even though it is high-level, I think that this is a great start, in giving some certainty to those who might have been interested, or those who may have had some misconceptions about what is possible,” said Syvixay, who moved to Edmonton in February but keeps abreast of Winnipeg city issues.

“All of those items on that site plan really speak to the fact that they’re going to be creating a vibrant, economically and socially prosperous place,” he said.

He said the current layout suggests the site could accommodate either walk-up shops or the big-box retail more common along Kenaston Blvd. He said city staff will need more clarity on what types of pathways exist, and their impact on road traffic, cyclists and public-transit routes.

City officials are proceeding with plans for widening Kenaston Boulevard, something the city was previously unable to do because the road allowance surrounding Route 90 was ensnared in court battles.

Kevin Klein, who was elected last month as councillor for Charleswood-Tuxedo, campaigned on a pledge to have more transparency around the Route 90 project. He wouldn’t comment on conceptual plans, but said they suggest local people will soon have some ideas to weigh in on.

OTTAWA — It remains unclear whether the Kapyong lands will contain a casino, an idea that has been contentious with locals.

The renderings include a convention centre, but they don’t say whether that includes a casino. Some of the Treaty One chiefs have proposed a casino to bring in revenue for their nations; Meeches said the casino is not the chiefs’ main priority.

“We don’t know what will happen down the road with the government. We’re talking about a 10-year, 20-year development of Kapyong. It could even take longer,” he said.

Residents in nearby Tuxedo have voiced apprehension about garish buildings near high-income neighbourhoods. In any case, the province would need to approve the licence for a casino to operate.

“I know the City of Winnipeg is excited to sit down and begin formal discussions,” he said.

“We need to involve the citizens, in that area especially — they are part of the stakeholders; they need to be involved in the discussion.”

ACC board chair Darrell Brown said Kapyong represents a juggernaut for Indigenous businesses, for supplying initial goods and services as well as a long-term empowerment project.

“It’s critically important for us to see this happen,” Brown said.

He said when Meeches unveiled the renderings, “everybody was on the edge of their seats” and about 20 lined up to take photos of the plans.

“It was very much a high level of excitement.”

In April, Treaty One signed an interim agreement-in-principle with Ottawa to eventually create an urban reserve on the site. It was the first sign of major progress after a years-long court battle. Negotiations are ongoing to officially transfer the bulk of the property to Treaty One.

Trade Diversification Minister Jim Carr, whose riding includes the Kapyong site, has said his goal is to get the project out of Ottawa’s hands by next fall’s federal election. He has also said any development on the site will have to comply with city bylaws.

There are two existing urban reserves in Winnipeg. Long Plain’s Madison site near Polo Park includes a gas station, Yellowquill College and some local businesses. This summer, Peguis First Nation got the designation for their mixed-use business development at 1075 Portage Ave., which could include a clinic.

Bad neighbour: Residents say they're tired of decades of uncertainty over Kapyong 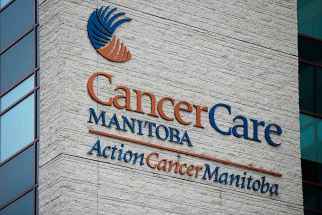 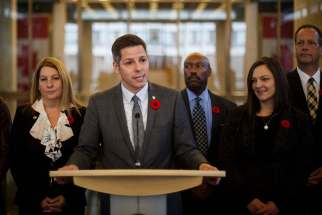 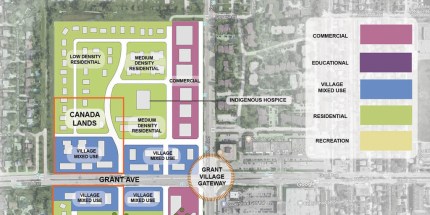 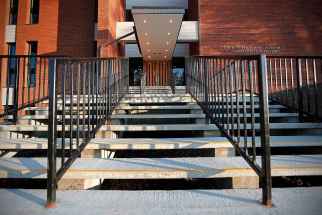 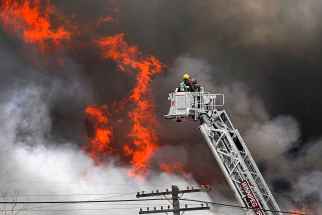 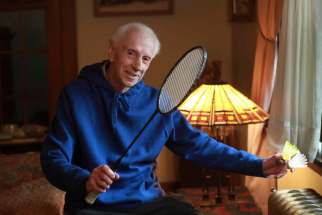 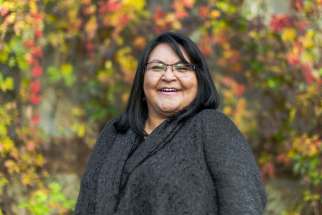 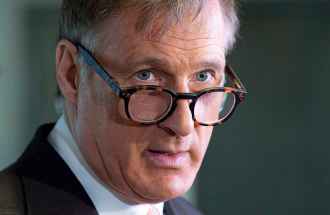 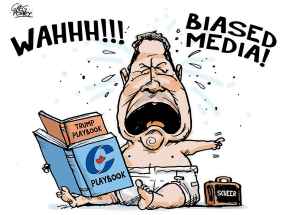 Bowman appoints three council rookies to his EPC inner circle School trustees urged to extend vote to non-citizens, and teens 16 and over