Manitoba Hydro and the Clean Environment Commission knew about decades-old allegations of abuse in Fox Lake Cree Nation since at least 2012 — if not far sooner — and didn't address them, according to a University of Manitoba professor with knowledge of the situation.

Manitoba Hydro and the Clean Environment Commission knew about decades-old allegations of abuse in Fox Lake Cree Nation since at least 2012 — if not far sooner — and didn’t address them, according to a University of Manitoba professor with knowledge of the situation.

On Tuesday, she made public a CEC report containing allegations of racism and abuse northern residents suffered at the hands of Hydro workers, starting in the 1960s. The province referred the report to the RCMP for investigation.

Peter Kulchyski, a native studies professor at the U of M and a member of the Concerned Fox Lake Grassroots Citizens group, said Fox Lake leadership presented the CEC and Hydro with a report on its socioeconomic situation around 2010, but the findings were “suppressed.”

“I made the point that it was probably more important that we protect future women and that we take a look at what the report was saying, and in the end, the CEC decided not to release the report,” Kulchyski said.

In conversations with Hydro and the CEC, Kulchyski said he made a number of suggestions on how to improve working relationships among First Nations and Hydro construction camps. He recommended better cultural sensitivity training for Hydro workers, walk-home programs to escort community members after dark, and more public-awareness campaigns.

“We should be inventing new practices, because we just can’t let these huge construction camps (set up) that are 90 per cent male – or very largely male – and people who don’t come from the province, who are in the perfect situation to be predators,” Kulchyski said.

“Our people recalled much social tension within the town. Many reported incidences of racism and discrimination in their work, school and community lives, including involvement with the RCMP. There were incidences of violence and crimes, including rapes and sexual assaults. Our people typically list the impact of the influx of workers, and the resulting toxic social environment in the town of Gillam, as the main socio-economic impact resulting from hydroelectric development,” the 2012 report states.

It’s unclear when the province became aware of the dysfunction. The Clean Environment Commission is an independent Crown agency of the Manitoba government, which reports its findings to a cabinet minister.

This is something we’ve been saying for decades: Dumas

The worst part of a recent provincial agency report on a half-century of atrocities reportedly committed against Indigenous people at the hands of Manitoba Hydro construction crews across the north is the sheer normalcy of it all, Grand Chief Arlen Dumas says.

The worst part of a recent provincial agency report on a half-century of atrocities reportedly committed against Indigenous people at the hands of Manitoba Hydro construction crews across the north is the sheer normalcy of it all, Grand Chief Arlen Dumas says.

“My immediate concern is how shockingly normalized it is, from a First Nations perspective. I know everyone is shocked and appalled by it, but this is something we’ve been saying for decades,” the leader the province’s Assembly of Manitoba Chiefs said Wednesday.

Dumas joined a chorus of calls for change from First Nations leaders in the wake of a Clean Environment Commission report on the impact of hydro development in the province’s north.

Drawing on testimony from individuals in First Nations from Fox Lake to Split Lake and beyond, the document offered shocking testimony of damaged communities, brutalized individuals, and sexual assaults in the wake of hydro developments construction.

“I guess that rape and sexual assault are a byproduct of the extraction industry,” Dumas told the Free Press, prior to a news conference on the issue. He said he expects the documented stories are the “tip of the iceberg,” and more accounts will make their way into the public forum.

From now on, the way industry and the province does business in the north will change, First Nations leaders vowed.

“Just a small example, just a few months ago, over the winter, it was okay for some employees with Manitoba Hydro to be posting blatant racist things on their Facebook pages — and it was the vigilance of communities and their leaders that demanded that issue be dealt with. And it was. Soundly,” Dumas said.

The presence of social media is changing the way business operates, he said. “It is not 40 years ago. It is a new time, with people who on social media who are aware of these issues and we are going to continue to cast a light on this.”

Dumas called on Premier Brian Pallister to take a trip to the North, and make a personal apology to people who testified to abuses in places such as Fox Lake Cree Nation, about 12 hours northeast of Winnipeg.

“The statute of limitations on rape and sexual assault are fairly open-ended. I think that people should be held accountable — not only the monsters who committed these acts but also the people who were complicit, negligent in allowing these things to be done under their watch,” Dumas said.

The province should also be held accountable for the way it released the report, without informing the First Nations that had participated in the commission, he said.

“The holding of this document for what seems to be months, I find that uncomfortable. And not sharing it with us in an open and transparent way, so that we could actually work with the communities to see how we could do a proper response to the document. We’re going to demand things of this sort don’t happen again in the future.”

Fox Lake leadership disagreed with a statement made Tuesday by Squires, who told media the latest CEC report “unveiled years and years of silence from many of these communities who have suffered a lot of abuse.”

“Our experience is an open wound. The release of the report has triggered many emotions. This affects us all. I would like to think that we are moving forward, but when days like yesterday happen; I wonder if anyone is listening? We have never been silent and we have only missed someone to listen,” Spence said in a prepared statement.

“Manitoba claims that they unveiled years and years of silence. The premier should be available to meet to demonstrate the commitments of the province. We need more than a photo op.”

The province has said Minister of Indigenous and Northern Relations Eileen Clarke will be visiting northern communities that provided testimony for the CEC report, but couldn’t confirm when such a trip would take place.

The Free Press requested interviews with Clarke and Minister of Crown Services Colleen Mayer to speak to the CEC report’s findings on Tuesday and Wednesday. The requests were denied, and Squires continues to be the sole member of the Tory government fielding questions.

Premier Brian Pallister was not available for an interview Wednesday; his press secretary sent a statement on his behalf: “We are extremely concerned with the allegations, which is why we referred (the report) to the RCMP. We’ll continue to review and examine its implications and provide further comment in due course.”

Squires dodged questions about why she didn’t immediately alert RCMP upon receiving the disturbing report, waiting at least two months before sounding the alarm. She had said she first needed to brief colleagues.

“Unequivocally, we read that report and we were absolutely heartbroken about the years and years of systemic abuse and racism that occurred in northern Manitoba. I know many people, like myself, read that report with tears in my eyes,” she said.

“So we’re certainly looking forward to working collaboratively with our Indigenous peoples in northern Manitoba and throughout all of our province to develop a better path forward and on behalf of our government we apologize for what had occurred decades ago.”

The Clean Environment Commission said Wednesday it was not its role to advise the RCMP nor Hydro about the allegations of sexual abuse it heard from Fox Lake Cree Nation members at a hearing in January.

“That’s not our job. We were there to collect public information,” said Cathy Johnson, CEC secretary.

She said commission chairman Serge Scrafield would not be doing any media interviews about the review, adding she was “not at liberty” to say why.

“We’ve delivered our report to the minister, and it’s up to the minister to take it from there. We don’t make the decisions. We just provide the information,” Johnson said.

Johnson accompanied commissioners to the Fox Lake hearing in January. She declined to describe the atmosphere at that meeting.

“We reported on what we heard. That is the end of the story,” she said.

A 165-page transcript of the January community meeting is available on the CEC website. 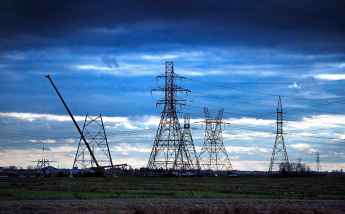 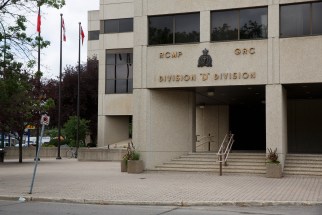 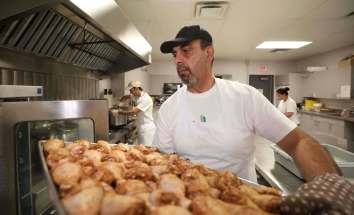 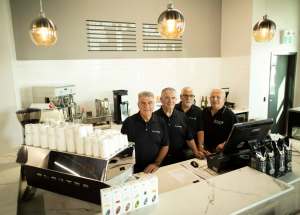 Son of Muppets founder takes company in an adult direction 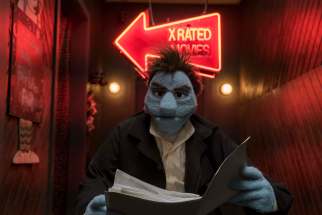 That’s another fine mess you’ve got Bombers into, coach 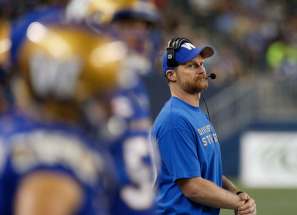 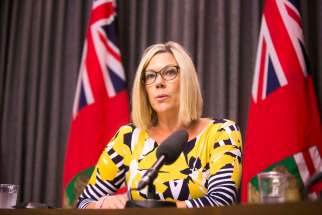 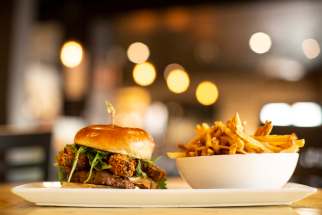 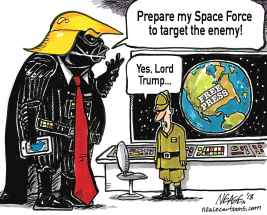