The Manitoba Government and General Employees' Union is again calling on the province to make changes to security protocols at a Winnipeg welfare office in the wake of another attack on a staff member.

The Manitoba Government and General Employees’ Union is again calling on the province to make changes to security protocols at a Winnipeg welfare office in the wake of another attack on a staff member.

On Tuesday, a client reportedly stabbed a security guard with a pen several times, after pulling a fire alarm. The incident comes on the heels of the Jan. 14 stabbing of another security guard at the office on the 100 block of Rorie Street, which sent the victim to hospital in critical condition. Two days later, the guard’s condition was upgraded to stable.

“(These) are examples of what our members deal with every day, and contributes to why our members feel vulnerable. This office has experienced an increase in the number of serious, violent incidents,” said union president Michelle Gawronsky, in a written statement.

“The staff are very concerned for their safety at work. No one should feel unsafe at work. These workers need every protection that’s necessary to keep them safe.”

Sources with knowledge of the working conditions at the office, who spoke to the Free Press on the condition of anonymity, maintain staff members’ repeated requests for safety improvements have been ignored by the province for the past 15 months.

Police confirmed officers responded to a call in the area at 9:45 a.m. Tuesday. A woman had gone to the welfare office in an agitated state, police said Thursday. As she was being escorted outside, her erratic behaviour continued to escalate and she pulled the fire alarm.

‘The staff are very concerned for their safety at work. No one should feel unsafe at work’ – Michelle Gawronsky, president of the Manitoba Government and General Employees’ Union.

When a security guard intervened, she stabbed the guard with a pen multiple times, breaking skin, police said. The employee was treated at the scene by first responders.

Sources have told the Free Press violent incidents have been on the rise at the Rorie Street office, in large part due to the methamphetamine crisis in Winnipeg and the decision by the provincial government to close the welfare office at 896 Main St.

A spokeswoman for the province flatly denied those claims in a past statement to the Free Press, saying there had been no rise in violence and serious incidents were rare.

“We are calling on the employer to review the safety measures currently in place and provide physical design improvements to the workplace and enhance the training opportunities for protective services,” Gawronsky said Thursday.

In a written statement to the Free Press, Justice Minister Cliff Cullen said the government takes such incidents seriously. He declined to comment on what, if any, changes to safety protocols will be considered, but noted officials have temporarily increased the number of security guards while a review is conducted.

“Manitoba’s security officers do demanding and sometimes dangerous work to keep Manitobans safe. Regardless of whether they are provincial government employees or hired as private contractors, they put their own safety on the line to better protect Manitobans, and for that we owe them a debt of gratitude,” Cullen said.

“These are criminal acts that we condemn in the strongest possible terms, and offenders will be prosecuted accordingly.”

Brittany Anne Abraham, 31, of Winnipeg, has been charged with assault with a weapon, and falsely pulling a fire alarm. She was detained in custody. 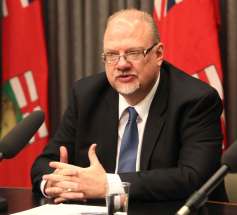 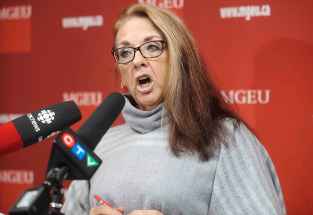 Since Wee Johnny's became a comedy club, its owner has been laughing all the way to the bank 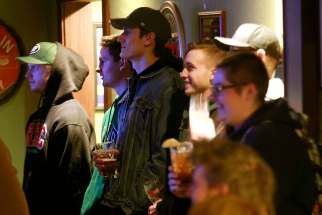 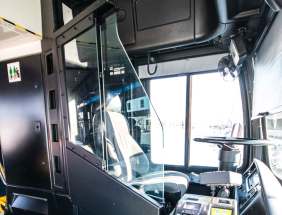 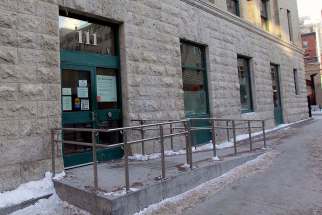 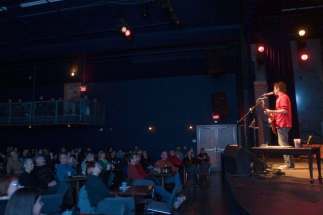 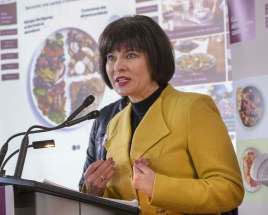 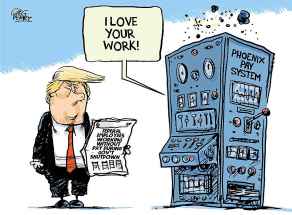 Shields alone are not enough Riffing on revenue