'It was a little sarcasm and joking around'

St. Louis Blues goalie Jordan Binnington immediately got in front of some controversial tweets he sent out in 2013 and 2014.

St. Louis Blues goalie Jordan Binnington immediately got in front of some controversial tweets he sent out in 2013 and 2014.

“It was a while ago when I was a teenager. It was a little sarcasm and joking around. That’s what life’s about, you live and learn and you grow as a human. I’m just here to play a couple hockey games,” said Binnington.

Binnington, a native of Richmond Hill, Ont., who goes by the Twitter handle @binnnasty, hasn’t tweeted since January and currently has just over 12,600 followers.

“I was thinking. When people who wear the burkas are at the airport how is the security able to see if that’s them in their passport… Srsly,” read one that was posted on Jan. 24, 2013.

Binnington, now 25, would have been 19 at the time. On the same night, just a few minutes later, came this message.

“Also If you’re underage & nervous of getting into a bar, throw the damn burka on. No way the bouncer will get into that awkward questioning.”

The final one was posted on Oct. 21, 2014, when Binnington was in his second year of pro hockey playing with the Chicago Wolves of the AHL.

“Ya taxi man I’d probably rather listen to the radio than listen to you talk on the phone in another language,” it reads.

Binnington was asked whether this might be a distracton for the Blues in the best-of-seven opening-round playoff series against the Jets. 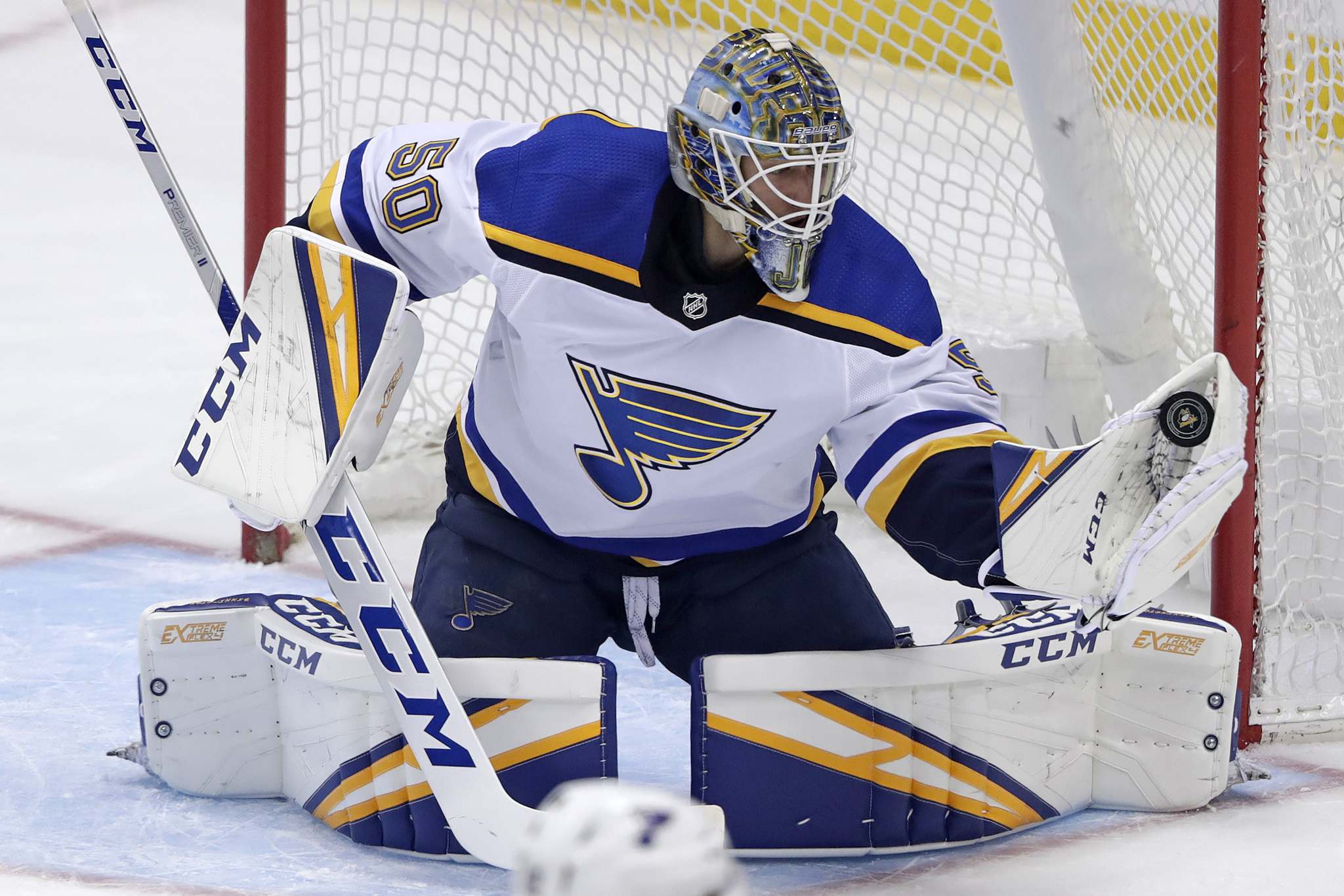