There appears to be growing support in favour of reducing the speed limit on all Winnipeg residential streets to 30 km/h.

There appears to be growing support in favour of reducing the speed limit on all Winnipeg residential streets to 30 km/h.

Six groups and individuals attended a public works committee meeting Tuesday, calling on city hall to follow the example of hundreds of cities across Europe that have already made the move.

“We envision a city where all children and youth have the opportunity to walk, bike or roll to school safely and, at times, independently,” Denae Penner of the Green Action Centre told councillors. “The streets in Winnipeg are unsafe for children to travel to school or to their friends’ houses or other activities because of high speeds (and) high volumes of cars on those roads.”

The speed limit for the city’s residential areas is 50 km/h, unless otherwise posted.

Penner and others — including representatives of the Winnipeg Trails Association, Safe Speeds Winnipeg, and Bike Winnipeg — urged the committee to dramatically alter the city’s streetscape with lower speed limits, accompanied with road alterations to encourage slower speeds, including narrowing roadways, adding more bike lanes, and a switch to angle parking.

The presentations were prompted by a proposed bylaw the administration has drafted in response to the Pallister government’s decision to allow all Manitoba municipalities to set their own speed limits — a function which had previously required the approval of the Highway Traffic Board.

City staff have proposed maintaining all current speed limits, as they were March 1. The new bylaw, once approved by city council, will take effect Sept. 1.

The committee Tuesday voted 3-1 to support the proposed new bylaw. Coun. Vivian Santos, the lone dissenting vote, urged the others to lower the speed limit to 40 km/h on residential streets.

“Look at the pedestrians and cyclists who are dying. We need to do something now,” Santos later told reporters.

Coun. Matt Allard, chairman of the committee, said while he recognized the growing support for a lower speed limit, he said it wouldn’t be fair for the committee to impose it without consulting other councillors and the community — and allowing those in opposition to speak on the issue.

The presentations Tuesday appear in stark contrast to a Probe Research study from mid-October 2018, which found nearly two-thirds of Winnipeggers it polled were opposed to a lower speed limit.

Patman said a move to 30 km/h would be expected to encounter resistance from many motorists, and would require increased police enforcement. He suggested a pilot study be conducted, with one neighbourhood chosen to study the public response and implementation issues.

Santos countered a pilot study was unnecessary, arguing Winnipeggers have become accustomed to lower speeds as a result of the 30 km/h limit in school zones. 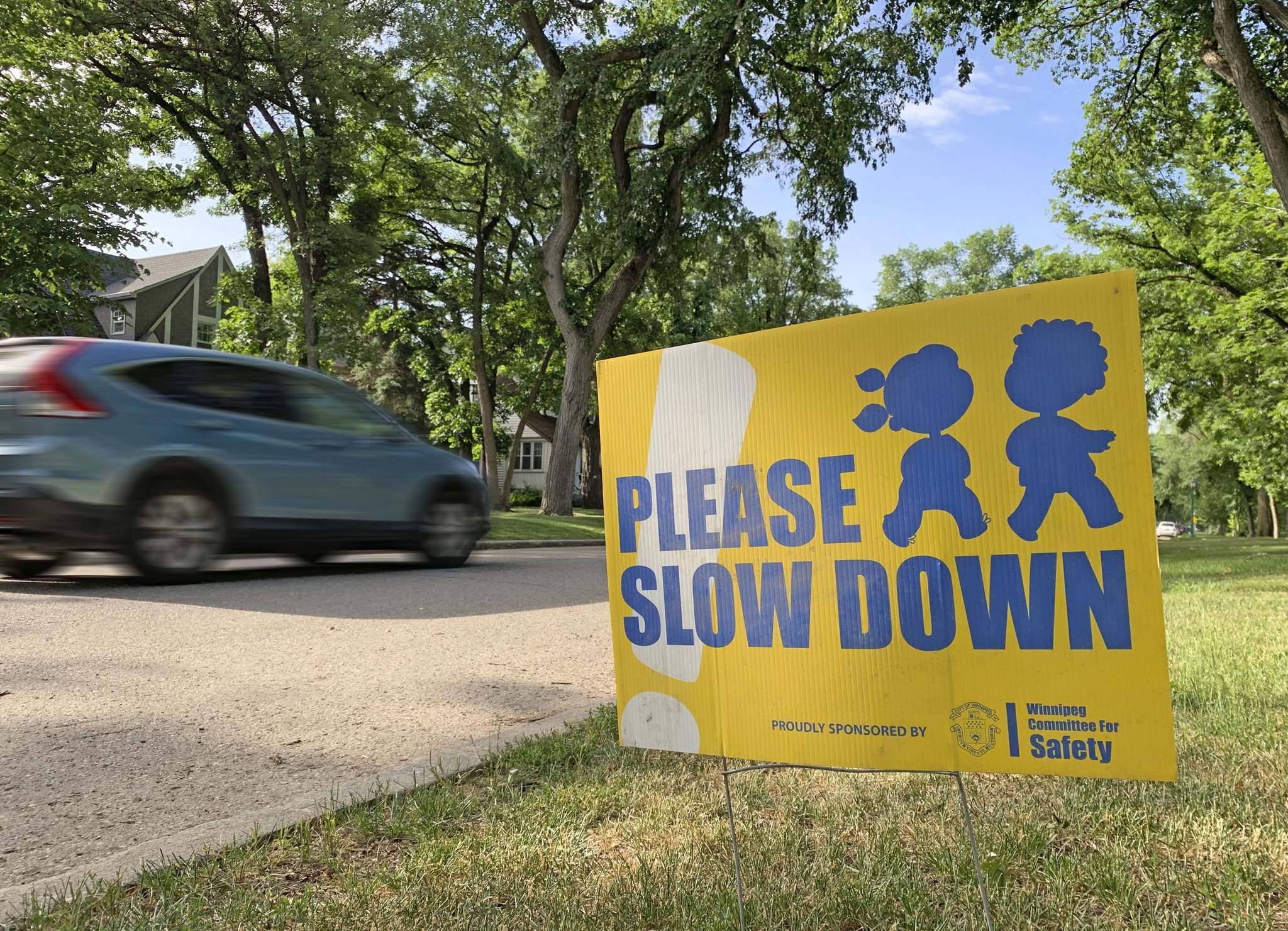