The most dangerous thing most of us will ever do is drive our car. We do it every day without a second thought, yet around the world 1.3 million people are killed in car accidents each year, a number equivalent to the entire population of Calgary.

The most dangerous thing most of us will ever do is drive our car. We do it every day without a second thought, yet around the world 1.3 million people are killed in car accidents each year, a number equivalent to the entire population of Calgary.

Canadian roads average 160,000 vehicle accidents annually, resulting in more than 2,000 fatalities and 150,000 injuries. If any other source were killing or injuring 400 Canadians per day, it would be considered a national health crisis.

Perhaps the most sobering statistic of all is that in Canada, almost one out of every five people killed or seriously injured by a car is not even in one — 15 per cent are pedestrians and three per cent are cyclists. In Winnipeg, more than 200 pedestrians and cyclists are struck and injured by vehicles every year, which typically represents almost half the number of people killed in car accidents in the city.

These staggering road-safety statistics have most major Canadian cities investigating new ways to make streets safer for everyone — drivers, cyclists and pedestrians. Many cities are beginning to adopt Vision Zero, a global initiative started in Sweden that promotes a holistic strategy to urban road safety.

An underlying principle of Vision Zero is simply to slow cars down. Studies from across the world are unanimous in concluding that reducing vehicle speeds saves lives. The results vary slightly, but in general, if a pedestrian is struck by a car travelling at 50 km/h, there is about a 50/50 chance of survival, but when the speeds are reduced to 30 km/h, 95 per cent of pedestrians will survive and 30 per cent will not even suffer an injury.

As speeds are reduced, the probability of an accident also drops significantly because reaction times and stopping distances become much shorter. If a child runs into the street, a car travelling at 50 km/h will typically require 28 metres to stop, while a car traveling at 40 km/h will stop in 20 metres and at 30 km/h, a car can stop in only 13 metres. A study by England’s department of transport found that for every reduction of 1.6 km/h in vehicle speed on a residential street, the likelihood of an accident occurring is reduced by five per cent.

The Vision Zero initiative promotes the use of traffic-calming elements in street design that intuitively slow drivers through changes in the physical environment. Some of these physical changes include narrowing streets and lanes, adding speed bumps and raised crosswalks, building protected bike lanes and extending curbs at intersections to shorten the distance for pedestrians and tighten the turning radius for vehicles.

All these strategies work together to slow drivers and increase safety, but making sweeping changes in street design across an entire city is costly and slow to implement. Because of this, almost every major city in Canada, including Winnipeg, is currently debating a reduction in posted speed limits for residential neighbourhoods as an important first step.

In Edmonton, where commitment to Vision Zero strategies has resulted in a three-year reduction in injuries of 21 per cent for pedestrians and 29 per cent for cyclists, the city is considering a two-tiered system where speed limits on residential streets in older neighbourhoods will be dropped to 30 km/h and in newer suburbs to 40 km/h.

Montreal, one of the most progressive urban planning cities on the continent, has not only built more than 100 km of protected on-street bike lanes and closed more than 50 streets to cars, making them pedestrian-only, it will also, over the next year, boldly reduce all residential street speed limits to 30 km/h, and to 40 km/h for all main streets.

Vancouver recently announced it will begin a pilot project to reduce speeds on a select number of residential streets to 30 km/h so it can study driver behaviour, enforcement techniques and public acceptance before making a widespread change.

Reducing speed limits on residential streets would not only improve safety, it would have far-reaching effects on residents’ quality of life and neighbourhood character. Most people want to live in a community that is safe, quiet and pleasant to be in. Slower residential streets are safer for everyone, including children and seniors, who are disproportionately overrepresented in pedestrian collisions.

More people walking and biking means fewer cars on the road, and the slower speeds on smaller streets reduces their likelihood of being used as shortcuts to major routes, further reducing traffic volumes and increasing safety.

In a city where almost everything we do begins with a car ride, proposals to slow vehicle speeds will always be met with skepticism and resistance, but reducing posted speed limits and implementing traffic-calming physical features on residential streets would likely not significantly affect most commuting times, which are generally on arterial roads and feeder streets. It would, however, be an important first step toward making our city’s neighbourhoods safer and more attractive places for people to live and play. 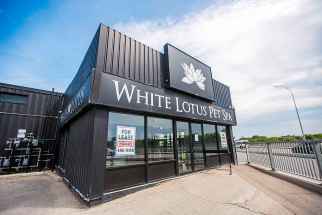 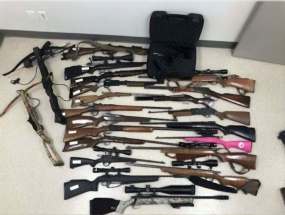 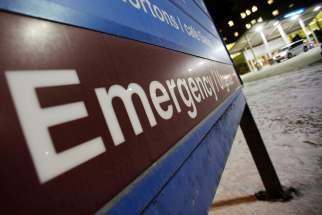 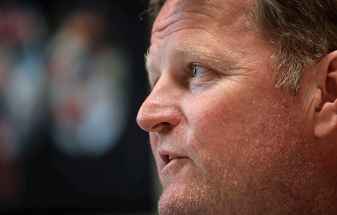 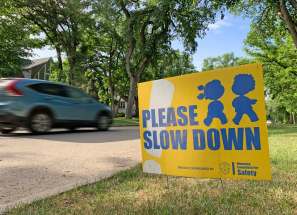 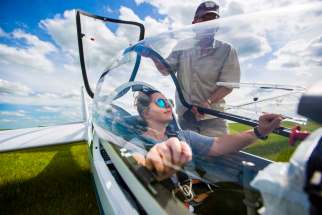 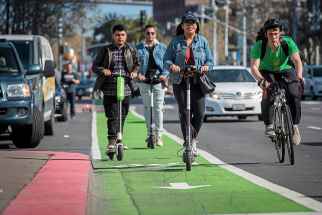 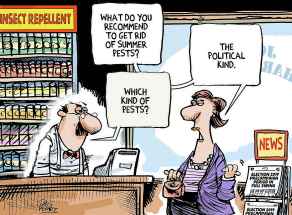