City hall hummed and hawed Friday, but eventually confirmed six civic employees have been fired as a result of the internal probe into Winnipeg's planning, property and development department.

City hall hummed and hawed Friday, but eventually confirmed six civic employees have been fired as a result of the internal probe into Winnipeg’s planning, property and development department.

The initial reluctance to confirm the disciplinary measures followed rumours within local media and the community, leaving elected officials stymied.

“I’m just as frustrated as everyone else,” Coun. Brian Mayes, chairman of the property and development committee, which oversees the troubled department, told reporters.

The probe was triggered by a Free Press report on a month-long surveillance program on city building inspectors by a private investigation firm hired by a group of anonymous citizens.

What it found shocked the community: very little actual work was being done by the 17 inspectors, who during the period under investigation, spent most of their day on long lunches and coffee breaks and running personal errands.

Mayes confirmed the administration had sent an email to all members of city council in response to the initial media reports, but it did not confirm nor deny the dismissals. (An emailed statement with similar wording was also sent to media outlets.)

Mayes said he contacted senior city officials Friday afternoon, after he was inundated with calls from the public. As committee chairman, he was then provided with additional information, but said he could not share it, due to confidentiality issues.

Councillors were later given the same confirmation provided to media: six planning, property and development department employees had been fired.

The process left some councillors fuming.

“It’s just frustrating that there’s so much secrecy at city hall and information isn’t being provided to members of council,” Coun. Janice Lukes said.

Coun. Kevin Klein said the administration’s handling of the news of the dismissals is proof transparency continues to be absent at city hall.

“Isn’t that funny that the media hears before city councillors do?” Klein said. “This doesn’t sit right with me and I have lost trust in the system at city hall.”

“This doesn’t sit right with me and I have lost trust in the system at city hall.”–Coun. Kevin Klein

Unions representing rank-and-file and supervisory staff in the department — CUPE Local 500 and the Winnipeg Association of Public Service Officers — did not respond to requests for interviews.

A report was expected to be delivered Friday to the office of the chief administrative officer, detailing the findings of the four-month investigation. However, Felicia Wiltshire, the city’s director of communications, said it would not be forwarded to the CAO for another few days.

“Due to the confidentiality of human resources matters, we will not be releasing specific details on the nature of disciplinary action taken, including the names and positions of those disciplined,” Wiltshire said in an email to the Free Press.

A planning department employee, who requested anonymity because they aren’t authorized to discuss the situation, said no formal update had been circulated to staff, but internal discussion was some individuals had been dismissed.

“Word of mouth, we were told there are a few empty desks today,” the city employee said.

“Word of mouth, we were told there are a few empty desks today.”–City employee

Angie Cusson, Winnipeg director of human resources, told the media last week discipline measures would be carried out by the end of this week, capped with a report to the CAO detailing all findings relevant to publicized complaints about the work day habits of building inspectors.

Cusson confirmed last week three staff from the planning, property and development department had been placed on suspension without pay. Two other employees, who had been subject of the internal probe, opted to resign, and a third retired, she said.

Wiltshire would not say if the six terminated employees included the three who had been placed on unpaid leave.

The Free Press reached out to who it believes are the six individuals cited by Cusson. None responded to requests for an interview.

— with files from Tessa Vanderhart

Crime stats to tell dark tale of the city 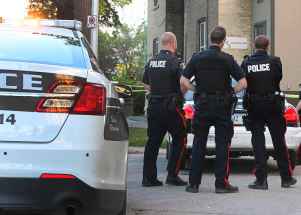 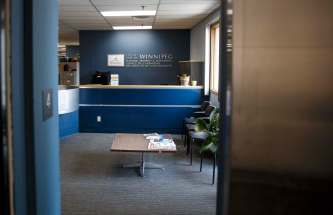 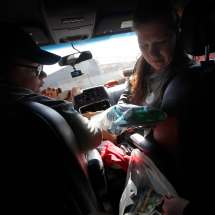 One year after EF4-scale tornado, Alonsa is still picking up pieces 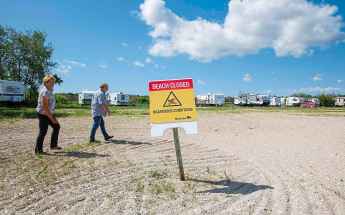 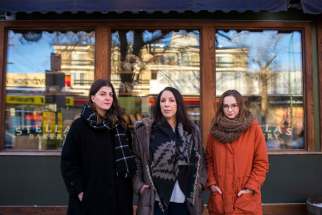 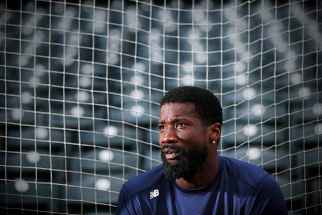 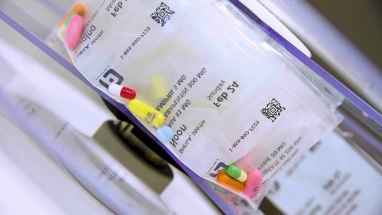 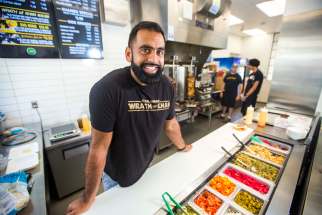 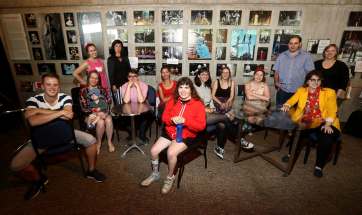 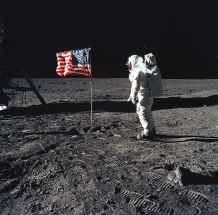 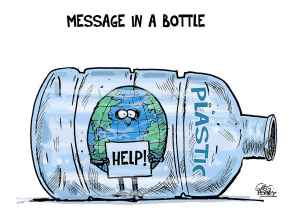