The city’s pop-up toilet project has been plugged while the operators look for a sustainable revenue model to staff and maintain the facility.

The city’s pop-up toilet project has been plugged while the operators look for a sustainable revenue model to staff and maintain the facility.

Last summer, a neon orange structure — an accessible public porta-potty that doubles as a public art installation — popped up at various locations downtown.

A collaborative project between the Downtown Winnipeg BIZ, Siloam Mission and BridgmanCollaborative Architecture, the facilities were open to the public at no charge between June and October. It’s been in storage since.

“It is essential, that in order to create an inclusive downtown, we provide public amenities to everyone,” said Wins Bridgman, the designer behind the structure and owner of BridgmanCollaborative Architecture.

“The next step is figuring out forms of financing.”

From May 2018: While the issue of cleaning up biohazards — blood, urine, feces, needles, vomit — is not new, the problem has reached a tipping point in major cities across Canada, Europe and the U.S.And the answer, in a growing number of communities, involves a trip back to the future: Public toilets and washrooms.

Remaining proceeds also went to the agency, which provides services for people experiencing homelessness in the city.

About 35 people used the downtown facilities every day during the pilot, the Downtown BIZ said.

And in a statement, the business-improvement group said it has nothing to share about the project’s current status.

“We are still working through something for this year with community partners but it is taking longer than expected,” spokesperson Tineke Buiskool-Leeuwma said in a statement.

When the pilot wrapped up, the Downtown BIZ told the Free Press it had plans to continue the pilot in 2019, with an end goal of establishing a permanent location.

A longtime advocate for public toilets, Bridgman said he’s in discussions with the city about altering downtown advertising bylaws to allow for ads to be installed on the structure in order to generate funds needed to run it.

The city confirmed it’s looking into a request to review a bylaw that restricts advertising signs on private property. But a city communications officer said some of the project’s successful elements have led the city to believe there are ways to address the need for more accessible public facilities that don’t require bylaw amendments.

Bridgman said that he and his wife Rae St. Clair Bridgman, a professor in the department of city planning at the University of Manitoba, are in the planning stages of creating a national public washroom strategy. The need for free public toilets is universal, he added.

Derksen, who navigates the city in a power wheelchair, tried the pop-up washroom last summer.

“It’s in the demonstration process but it’s something that should not need to be demonstrated. It’s an obvious no-brainer,” he said.

“We despise the people that defecate and urinate in public and yet we don’t give anybody a chance to avoid that.”

Aside from the toilet itself, posters bearing the words, “My Winnipeg Includes Public Toilets” were plastered on bus shelters across Winnipeg in 2018.

Derksen applauded the public toilet awareness campaign and wants more like it so the issue doesn’t get flushed from urban planning conversations.

Northern Manitoba manhunt: Mounties put to the test as the world watches 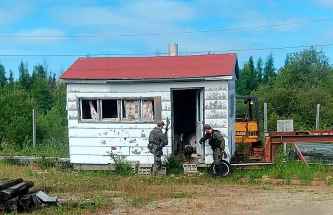 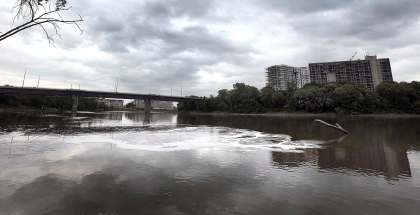 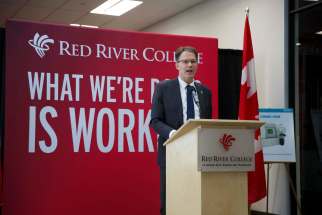 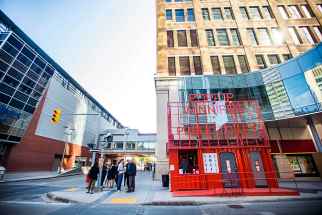 Bombers’ loss to Ticats no ‘off day’ 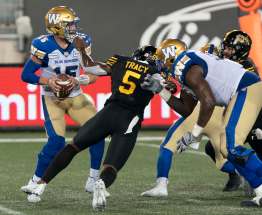 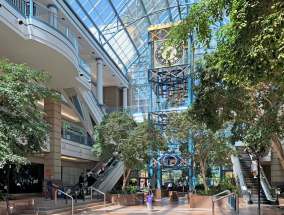 With ratification on hold, the old NAFTA prevails 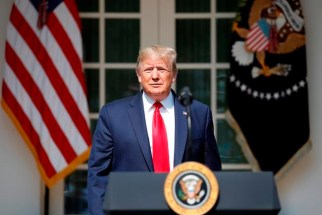 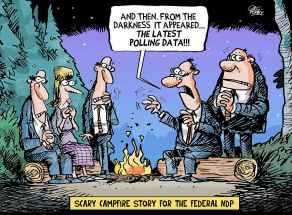