Jesse Martin identifies himself as something of a Winnipeg Blue Bombers superfan.

Jesse Martin identifies himself as something of a Winnipeg Blue Bombers superfan.

The love affair dates back to 1998, when his dad took him to his first game.

“I just loved the atmosphere,” he recounted, his voice jumping in volume and pitch. “I loved the experience. I loved just being with the home crowd.”

Now, Martin’s basement serves as a kind of shrine to his favourite teams: the Bombers, the Edmonton Oilers and the Green Bay Packers, the storied National Football League club he’ll see play in a pre-season game Thursday night against the Oakland Raiders at IG Field.

NFL exhibition game to be marketed in U.S.

But fans won’t need to wait until kickoff for the action to start: Martin is also organizing a pre-game tailgate party from 4 to 6 p.m., along with a group of about a dozen other Bombers season-ticket holders.

There will be food, drinks, music and dancing — and Martin said he hopes it’s enough to help visiting football fans understand what he loves so much about the Winnipeg venue.

“Our stadium is beautiful. It’s something that I know everybody from out of town is going to be like, ‘Wow,’” he said. “The atmosphere is amazing. The Bombers fans are amazing…. They’re going to be blown away.”

Because of lacklustre ticket sales for the game, prices for some end-zone seats were reduced earlier this month after promoter On Ice Entertainment Ltd. put together a sponsorship deal with Molson Coors. About 6,000 tickets were reduced to $75 plus taxes and fees from their original price of $164.

But Martin, who paid a total of $192 for his ticket, said missing out on the deal because he reserved his seat early doesn’t bother him.

“I’m not going to be angry about that, because this happens all the time,” he said. “You’re either a diehard (fan) or not.”

This shared sense of awe and camaraderie over a football team is one that resonates with 38-year-old Jaz Singh, an Australian currently on sabbatical from his job at home to follow the Packers this season.

“Our stadium is beautiful. It’s something that I know everybody from out of town is going to be like, ‘Wow,’” he said. “The atmosphere is amazing. The Bombers fans are amazing…. They’re going to be blown away.”
– Jesse Martin

“I’m a very friendly and outgoing guy. I like going up to people and talking to them and telling them where I’m from,” he told the Free Press over the phone as he waited to board his flight from Toronto to Winnipeg Wednesday afternoon.

“People are just fascinated by my story. They think it’s just amazing that someone from the other side of the world wants to come live in Green Bay for a season.”

For Singh, it all started when he was watching a Packers game in 2014, and a friend told him about a man from Sydney who sold his house and moved his family to Green Bay for a season.

“I was having a post-game drink in my mate’s bar when I heard the story,” he said. “It was so inspiring, and I thought to myself, ‘This is exactly the kind of crazy, random journey I need to go on.’”

He looked into his employer’s deferred-salary program, which allowed him to receive 80 per cent of his salary for four years and be paid the same rate to take a sabbatical in the fifth year.

So far, he’s been to two pre-season games, and has one more plus 16 regular-season games lined up for the rest of the season.

Until then, Singh said he’s looking forward to seeing what Winnipeg’s tailgate experience will have to offer.

And he’ll just have to look for the Packers flag flying high and the tunes blasting, Martin said. 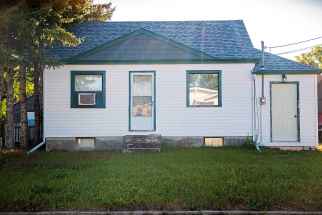 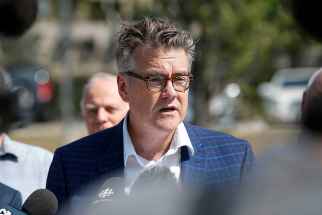 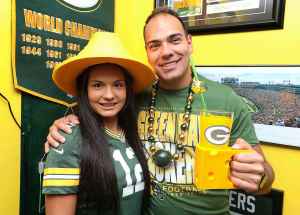 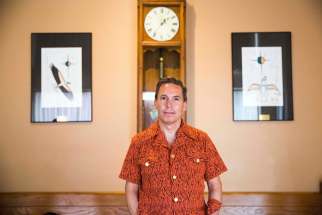 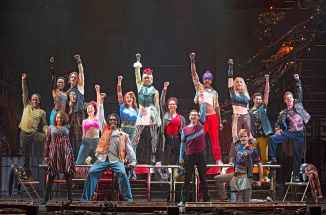 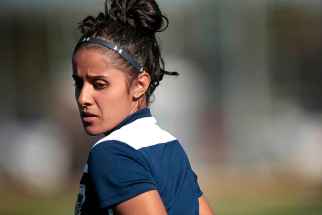 For politicians, ‘knock, knock’ is not a joke 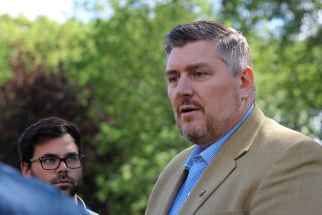 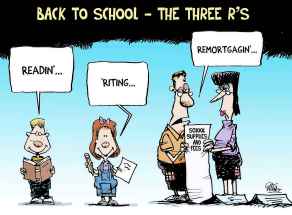