Perhaps starting training camp on Friday the 13th wasn't the best idea. Because what should have been a day filled with hope and promise quickly turned into a horror show for the Winnipeg Jets.

Perhaps starting training camp on Friday the 13th wasn’t the best idea. Because what should have been a day filled with hope and promise quickly turned into a horror show for the Winnipeg Jets.

Some of it you could see coming from a mile away, like the group of teenagers splitting up to go search for that strange noise outside. Other parts of it represented an unexpected jump scare for the organization and its fans.

Just like the movies, the call IS coming from inside the house.

Two of the team’s top scorers in Patrik Laine and Kyle Connor remain home in Finland, and Michigan, respectively. That’s not a very optimistic sign for the restricted free agent wingers. You’ll recall Josh Morrissey was at least in Winnipeg and skating on his own when training camp began last year, ultimately signing his new two-year deal a few days later.

There’s been no reported progress on contract talks with either Laine or Connor, and the nightmarish prospect of starting the regular-season without one, or both, becomes more real with each passing day.

“They’re probably the same as when you guys asked the question yesterday,” general manager Kevin Cheveldayoff told the media on Friday, not exactly raising hopes for any kind of quick, happy ending.

Get used to hearing that a lot, folks.

Although their empty stalls in the locker room on Day 1 were somewhat expected, the same can’t be said for Dustin Byfuglien. But the club’s most decorated defenceman and biggest personality is out indefinitely, the result of a mysterious, last-minute leave of absence with no real explanation beyond “it’s nothing sinister.”

A real shocker, for sure. And one which leaves their blue-line in a terrifying state.

Morrissey and an aging Dmitry Kulikov are now the only two blue-liners in camp out of the Top 6 that played last season. Morrissey might just earn every penny of his new eight-year, $50-million extension this season, if Byfuglien is away for an extended period. Can he play 60 minutes a game?

“He will not be in my office complaining about ice time, ever,” coach Paul Maurice said Friday.

Neal Pionk, Nathan Beaulieu, Tucker Poolman and Sami Niku are suddenly very important pieces, seemingly entrenched in the Top 6 until Byfuglien presumably comes back to at least push one to the press box. Combined, those four have played 488 NHL games, which is nearly 400 less than Byfuglien himself has suited up for. Behind them you have the likes of Anthony Bitetto, Cam Schilling, Nelson Nogier and Logan Stanley, with their combined 153 games of NHL experience (the majority by Bitetto).

“Ultimately, it’s the nature of the beast. We, as a group, can only control so much. We’re here and we’re going to form a team. The question is, who’s a part of that team? We’ll deal with that when we deal with it and try to find some common ground. That’s all we can do,” captain Blake Wheeler said Friday.

“I think it makes for some competition. There’s going to be some opportunities there for players to step into some pretty meaningful and important roles. With that, there should be quite a bit of excitement in camp. There aren’t many grumpy old guys like me walking around. There’s some enthusiasm in the group, some guys who have been waiting in the wings to get some opportunities.”

But at least they can score their problems away, right? Well, it’s hard to see that happening as long as Laine and Connor are out of the lineup, considering they lit the lamp 64 times last season.

All of which perhaps explain why Bryan Little offered a word of caution to any big-picture prognostication on Friday, like the wise old sage who’s seen a few things and knows that trouble can always be lurking around the corner. In this case, that would be the monster that is the Central Division, and a number of rival clubs which look pretty dangerous right now.

“You honestly can’t look too far ahead right now. We’ve got a lot of stuff going on with our team and we’ve got to be focused for training camp, not thinking about the playoffs,” Little said.

That’s good, because a roster without Byfuglien, Laine and Connor looks more like a contender for a lottery draft pick next summer rather than one which hopes to be raising a Stanley Cup.

Now, a word of caution, and perhaps optimism. All of this could change in a hurry, and you have to think the internal panic button is being pushed rather hard right now to get something done on the Laine and Connor fronts, even if everyone on the team is trying to keep calm and take a “nothing to see here,” approach to everything.

“We’ll treat it like it’s an injury right now in a lot of respects. And we’ll worry about the players that are here. That will be our focus at this time,” said Cheveldayoff.

Except the injury bug hasn’t bit anyone yet and the organization’s depth is already being tested in a major way. Once game action gets underway, and the real hurts start piling up as they always do, they’re going to be stretched even more thin. Going into battle without three of your biggest pieces already puts you at a marked disadvantage, especially combined with other key losses to the likes of Jacob Trouba, Tyler Myers, Ben Chiarot and Brandon Tanev.

Remember all that talk about the Jets being in danger of exceeding the $81.5 million salary cap ceiling? Get this: The Jets could actually be under the $60.2 million salary cap FLOOR if they begin the season with Laine and Connor still unsigned, and Byfuglien’s $7.6 million salary off the books should he be moved to a non-roster spot, for example, as the team did last year when Nic Petan’s father died suddenly during training camp and he took an extended leave of absence.

There was a comical moment on Friday when Cheveldayoff noticed a pair of quarters laying on the ground. They were being used to mark the spot he was supposed to stand in front of the media horde at Bell MTS Iceplex.

“You know what, I might need these,” he joked in pretending to bend down to pick them up. Ah, if only 50 cents could fix this all. Hey, in times of crisis, it’s good to keep a sense of humour, at least.

Then there was this gem from Maurice, who re-visited his notorious “ruffled feathers” comments from last spring after the Jets had been eliminated in the opening round of the playoffs, adding to the speculation of a divided room that had become unglued.

“You know sometimes when your analogies aren’t very good? But in my head it was still a good one. So I’m picturing this bird with a couple little feathers out, and you just kind of slide your hand and they’re gone. You’re thinking more pterodactyl. I was thinking more sparrow at the time. It wasn’t that big a deal. Bad analogy, I guess,” Maurice said.

“When you think you’ve got a chance, and you lose, there’s a lot of emotion that goes into that. And a lot of anger and frustration. So, yeah, you want some pissed off guys at the end of the year. You’re grumpy. That’s a really intense environment. Lose the last game, walk in, ‘Boy that was fun’ – that didn’t happen. All the sparrows are fine.”

The sparrows may be, but you get the feeling the vultures are already starting to gather if the Jets can’t find a way out of the deep, dark woods. 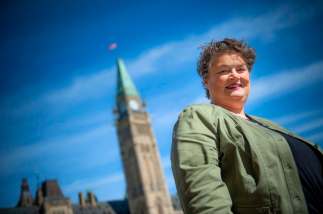 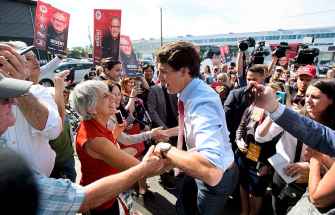 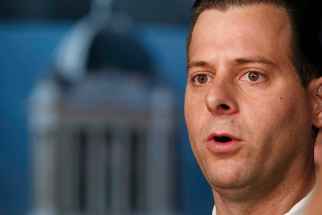 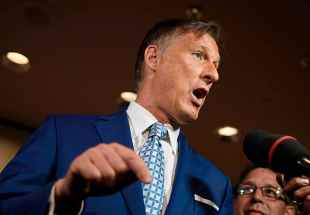 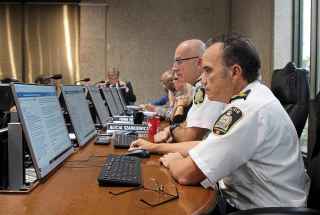 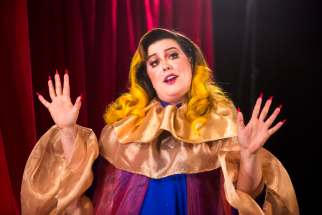 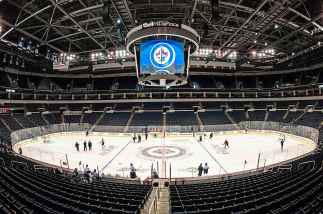 Winnipeg Jets open camp on Friday the 13th - what could go wrong? 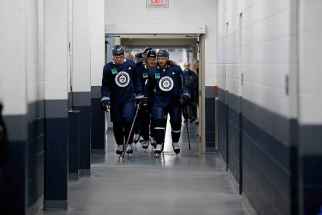 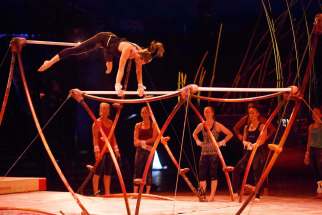 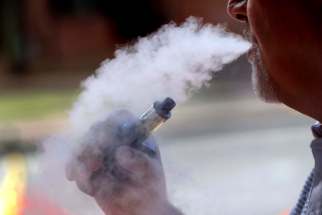 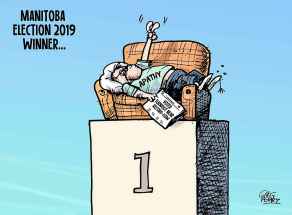