SAN JOSE – So let me see if I've got this straight.

SAN JOSE – So let me see if I’ve got this straight.

Dustin Byfuglien could have reported to Winnipeg Jets training camp, had his wonky ankle examined, gone on the injured list and eventually had the surgery it apparently required – all while collecting his US $8 million salary this season.

Instead, we’re to believe the veteran Jets defenceman willingly walked – or perhaps limped – away from both the club and the massive financial security of his guaranteed contract, choosing to simply not report and get suspended without pay, then ultimately have the medical procedure done independently and out-of-pocket?

Does that make any sense? Of course not. That would be ridiculous, and completely contrary to how the business works. There’s obviously much more than meets the eye here. Paul Maurice’s pre-season claim that there’s “nothing sinister” to the situation is looking increasingly dubious with each passing day. And this latest puzzling development is only adding more fuel to the fire.

Which is why general manager Kevin Cheveldayoff needed to step in front of the microphones Thursday and finally give a detailed account of exactly what is going on, putting an end to all the speculation that is swirling. Not because I’m nosy and want a good story, although I am and I always do. But because you, as a supporter of the Jets who spends your hard-earned money on tickets and parking and concessions and merchandise, deserve better.

Instead, we got classic Cheveldayoff, who spoke for several minutes without saying anything at all of substance. Not because he can’t, although he tried to couch it that way. But because he won’t.

“It’s a complicated issue, it’s a real complicated issue when it comes to answering any questions that you might have. I’m here to speak but there’s not much I can enlighten you with as it stands right now,” Cheveldayoff said at SAP Center in San Jose prior to the Jets hitting the ice for practice.

That’s not acceptable. For years, this organization – one of the most locked-down in the NHL when it comes to information – has given the impression that it believes you should just keep lining up, paying for the product and not ask any questions. A sold-out building every night in a hockey-crazed market will do that, I suppose.

“It’s a complicated issue, it’s a real complicated issue when it comes to answering any questions that you might have. I’m here to speak but there’s not much I can enlighten you with as it stands right now.”
– Winnipeg Jets GM Kevin Cheveldayoff

But now, in a season where we’ve already seen the sell-out streak end, where the Jets are currently below .500, and where the on-ice product has been substantially weakened by numerous departures, the Byfuglien matter is overshadowing everything else.

And still, the silence is deafening.

It seems obvious now that the two sides are not on the same page. That was apparent by the fact the Jets apparently weren’t even consulted about the surgery, which was done last week in Minnesota and is expected to require as much as four months of recovery before a return to hockey could even be considered.

Clear as mud, right? Cheveldayoff also wouldn’t respond to whether Byfuglien had the surgery with a return to hockey in mind, or perhaps just to help the quality of life.

“As far as what remains for the future, it’s something that we’ll just have to wait and see,” said Cheveldayoff.

From my perspective, this creates the impression that there was a major difference of opinion between the Jets and Byfuglien’s camp about both the nature (hockey-related?) and severity of his injury. It’s happened before in pro sports, mostly recently between the San Antonio Spurs and Kawhi Leonard, which ultimately drove his trade to the Toronto Raptors.

Would the Jets have balked at Byfuglien’s claim he was still injured and not allowed him to be placed on IR in training camp? Did an angry Byfuglien tell the club to take a hike, then go get his own medical diagnosis that showed otherwise? I asked Cheveldayoff if this was the case. Naturally, he wouldn’t bite.

“I know you’re gonna have a lot of questions and the answers that I can give you, I can’t speak for anyone other than ourselves,” he replied. “Again, it’s tough to sit here and talk about something that I can’t really talk about at this point in time. I wanted to come here and at least speak with you guys.”

First of all, I’m not sure how much Cheveldayoff wanted to come and speak. My initial request for comment on Thursday morning was initially denied by the team, then reversed a short time later during a hastily arranged availability.

“I know you’re gonna have a lot of questions and the answers that I can give you, I can’t speak for anyone other than ourselves… it’s tough to sit here and talk about something that I can’t really talk about at this point in time. I wanted to come here and at least speak with you guys.”
– Kevin Cheveldayoff

And secondly, his claim that he can’t talk about the situation, without any further explanation, doesn’t pass the sniff test. Unless, of course, there’s a feeling that this is all heading towards an inevitable grievance of perhaps legal situation. Which might just be the case.

The NHLPA confirmed Thursday they’ve had discussions with Byfuglien’s agent, Ben Hankinson, about the matter. Cheveldayoff also said the team remains in “constant conversation” with Hankinson. I can only imagine what’s being said during those chats.

For the record, both myself and colleague Jason Bell have made numerous requests for an update from Hankinson but have yet to have a call returned.

Byfuglien, 34, did suffer two legitimate ankle injuries last season, plus a concussion, which limited him to just 42 regular-season games. He reportedly did not do any skating or hockey-related training this summer, although he seemed to be moving around on the ice alright during an informal skate I witnessed at Bell MTS Iceplex a few days before training camp began.

He also looked to be in decent physical shape, although it’s hard to say whether that would have included being in hockey shape. It was just a couple days later than the bombshell dropped that Byfuglien had gone to speak with Cheveldayoff, informing him he needed some time to contemplate his future.

Naturally, I asked if this latest development means Byfuglien could be taken off the suspended list and moved to the injured list, which would allow him to get paid. Seems like a logical step, no?

“His status hasn’t changed. Again, with the news coming out, I talked about coming out here, the hard part is there’s not much more I can say. The status has been the same since the beginning of training camp,” Cheveldayoff replied.

Yes, it has been. And that’s simply not right. 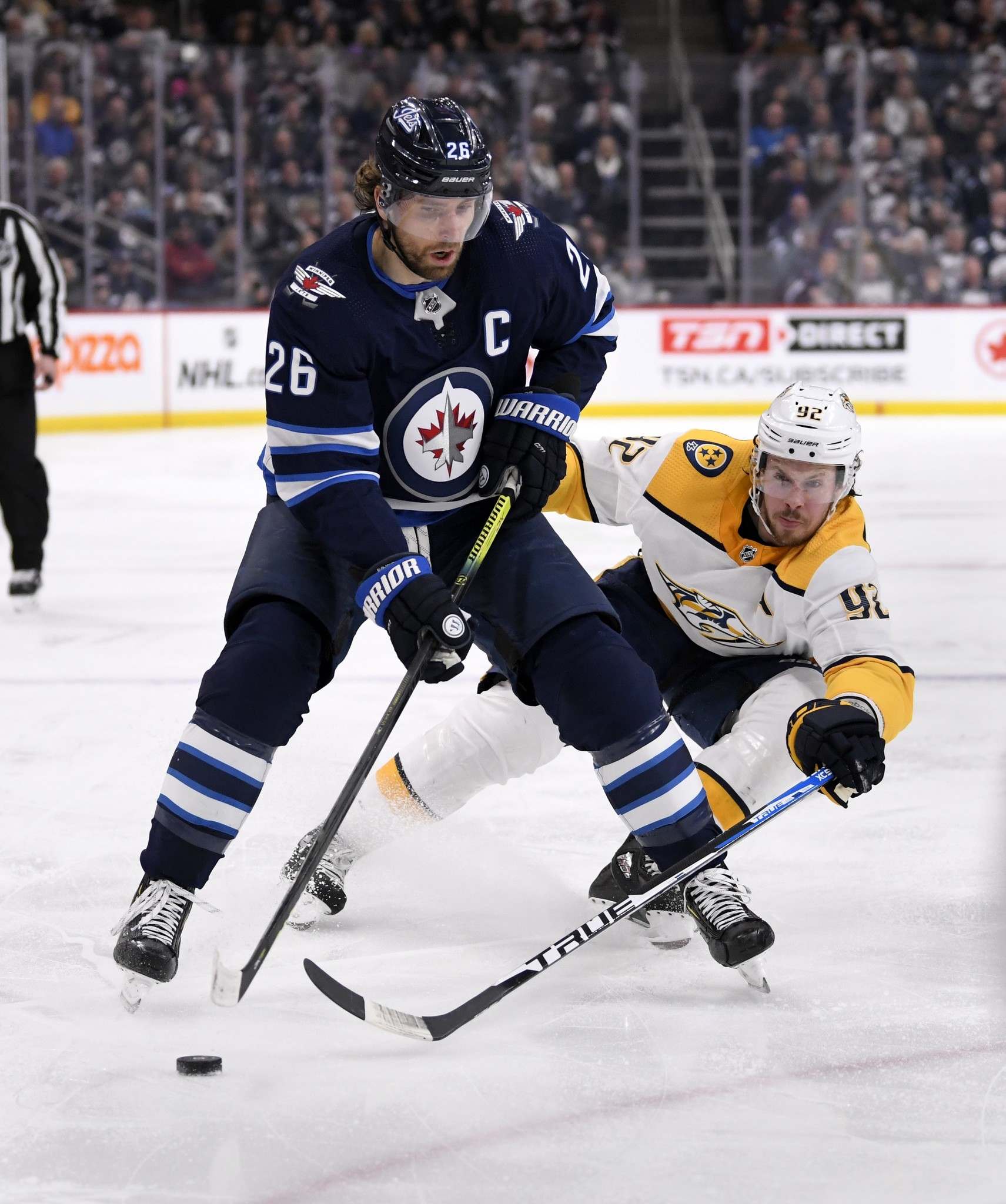 Jets GM talks to reporters about Byfuglien surgery, status... and says nothing 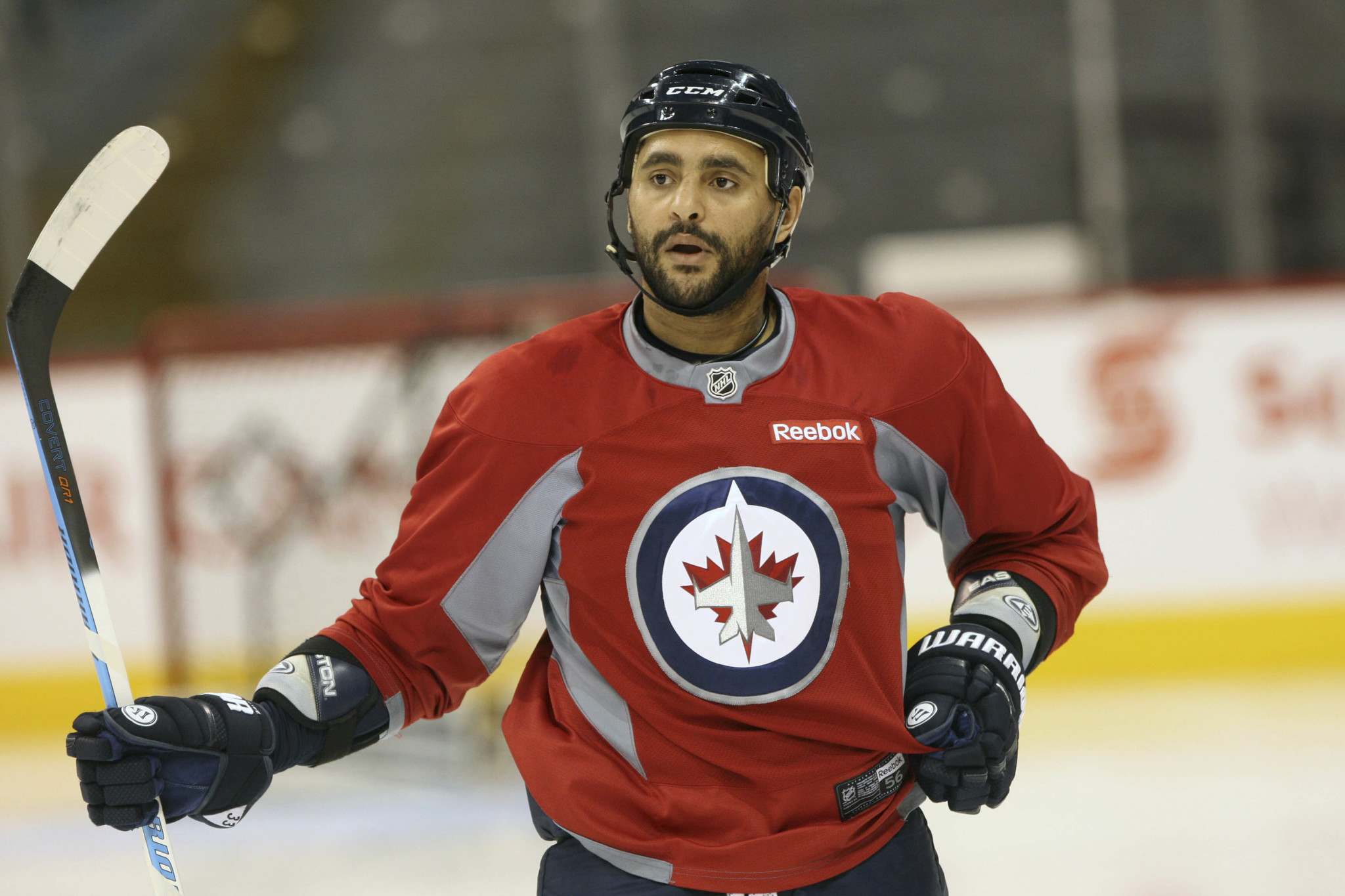 Byfuglien has surgery on ankle 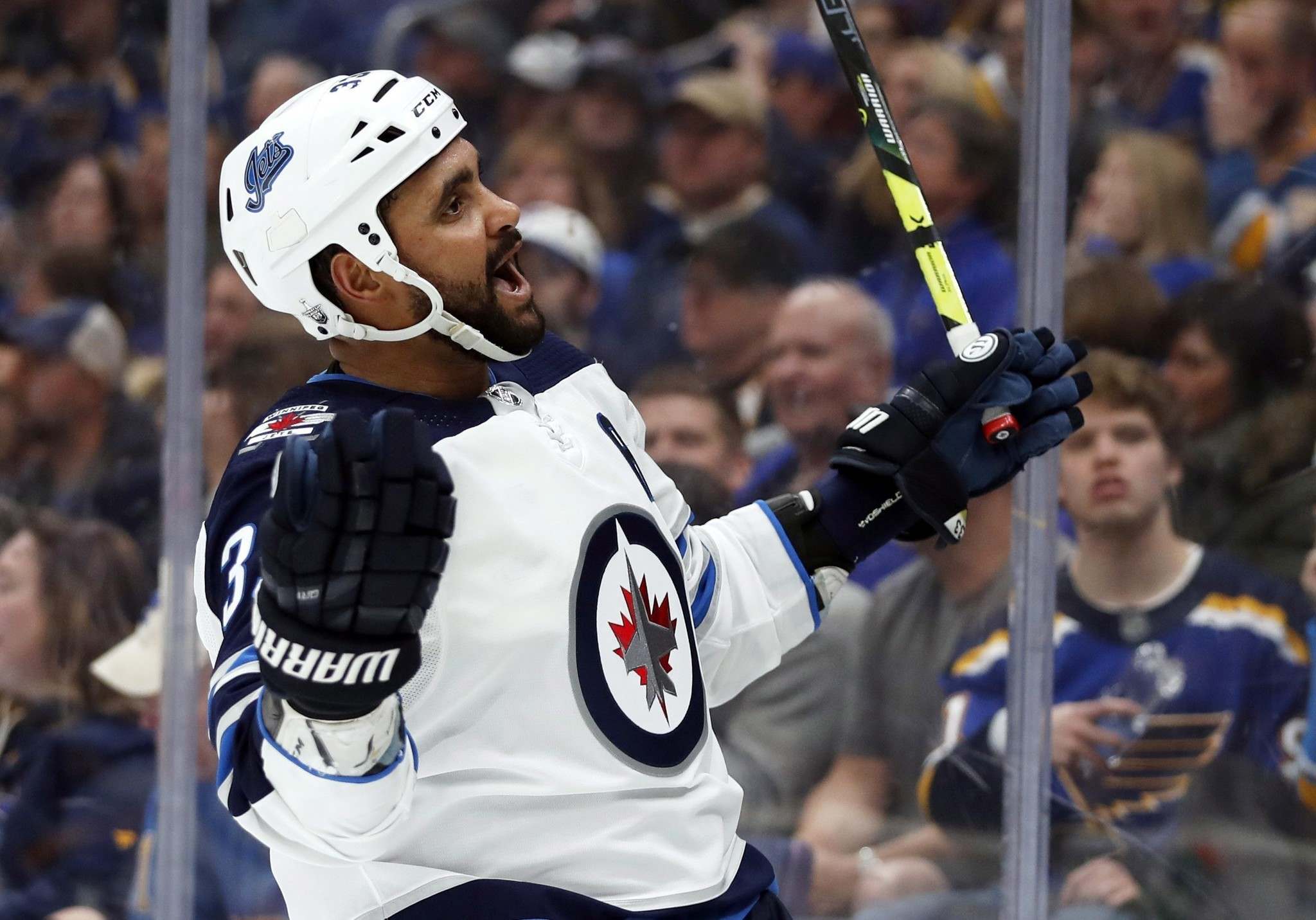 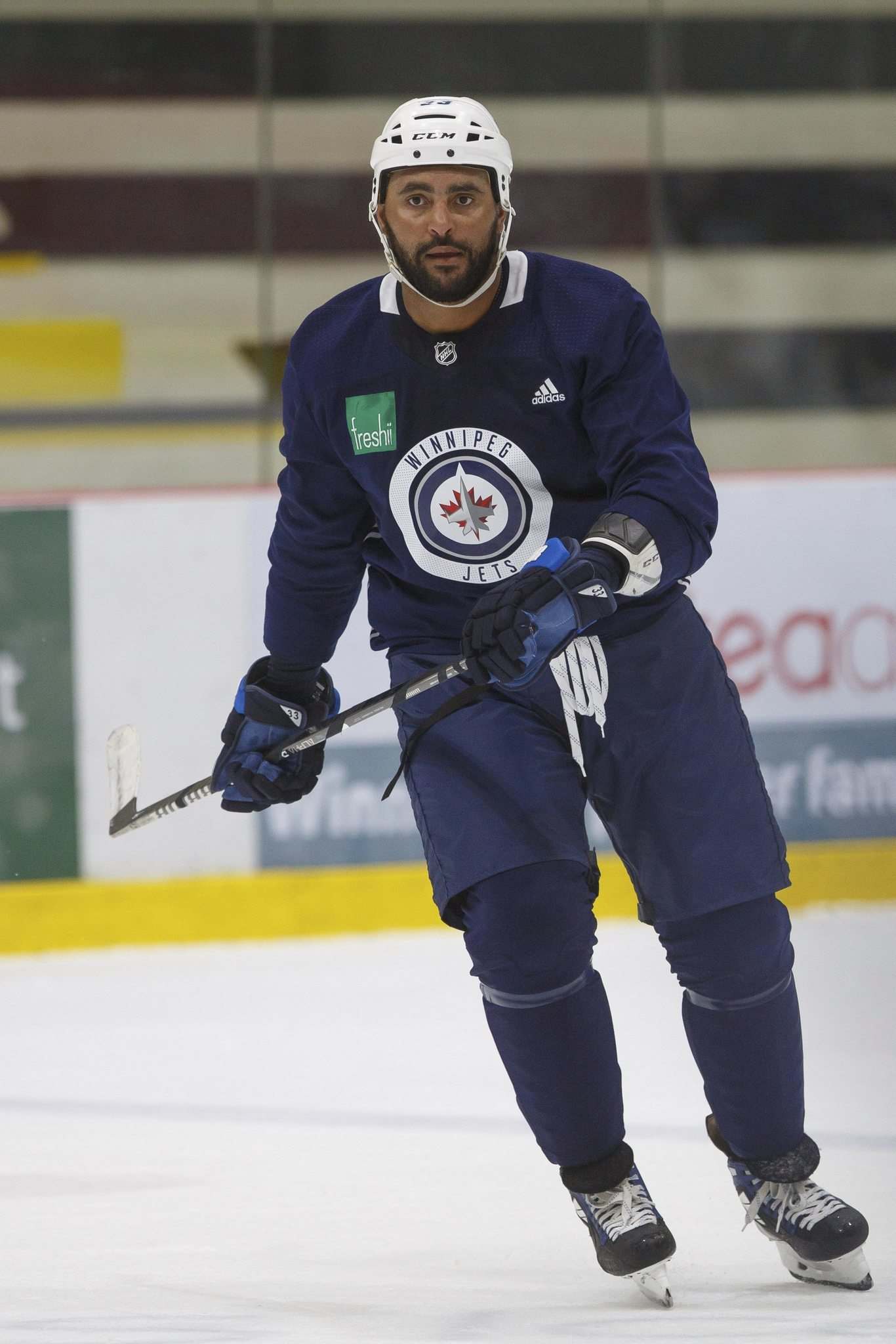 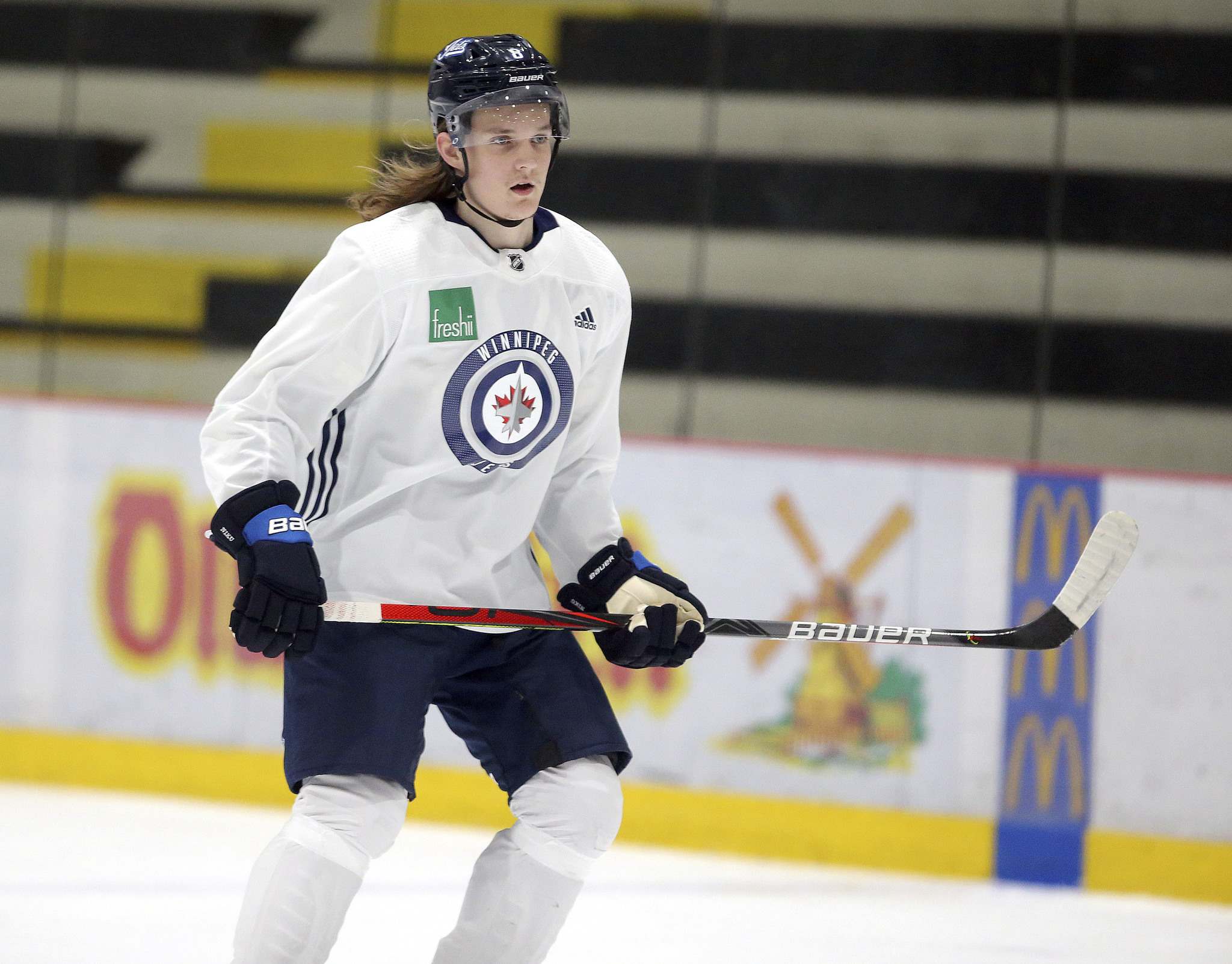 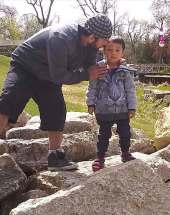 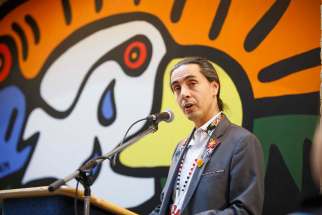 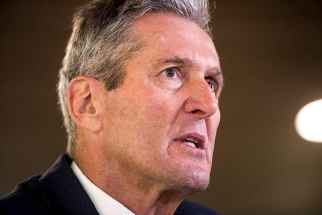 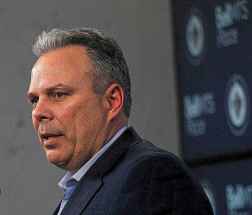 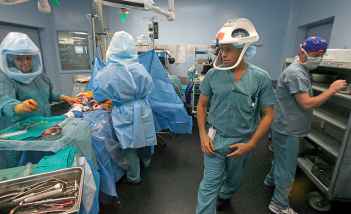 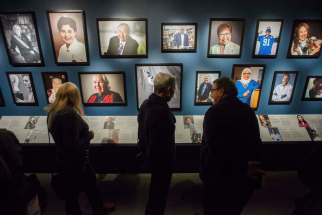 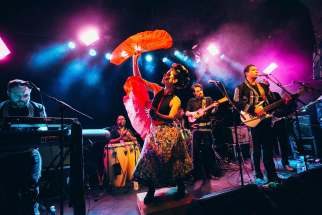 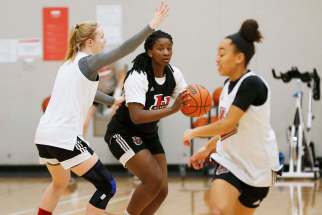 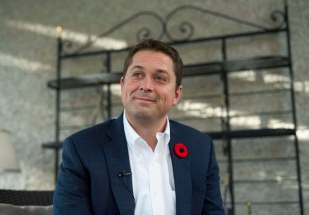 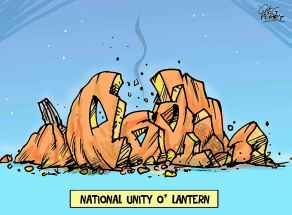