ST. LOUIS — Blake Wheeler has broken his silence on Dustin Byfuglien, and the Winnipeg Jets captain sure had plenty to say Thursday about his longtime teammate, who is headed towards a contract termination and parting of ways with the club.

ST. LOUIS — Blake Wheeler has broken his silence on Dustin Byfuglien, and the Winnipeg Jets captain sure had plenty to say Thursday about his longtime teammate, who is headed towards a contract termination and parting of ways with the club.

“Obviously you’re down about it, he’s such an important guy to us. I’ve been adamant over my time in Winnipeg that I wouldn’t trade Buff for anyone in the league, and I meant that, so obviously (we have) a depleted blue line coming into the season, and then you lose your best guy. Selfishly, it hurts, but you’ve got to be respectful of the guy. Especially a guy that’s brought it like he has for so long, and everything he’s done for us,” Wheeler said following the morning skate at Enterprise Center ahead of Thursday’s game against the St. Louis Blues.

Wheeler wasn’t made available to the media on Tuesday morning, when many of his teammates were eulogizing Byfuglien’s time with the organization on Monday. Nor was he available following Wednesday’s practice in Winnipeg but the 33 year old spoke for nearly 10 minutes Thursday, candidly discussing his conflicted emotions.

“I don’t know if there’s anyone that it’s maybe harder for. I came here (from Atlanta) with Buff and we’ve grown up in this organization together, and our wives are pretty much best friends. Two-thirds of our kids, the youngest ones are too young, but (the four of them) are best friends. So those are all the things that go beyond hockey that make it really tough. And then obviously you add the element to the ice, and staying here with the dreams of winning it all, and obviously Buff’s a big part of that. It makes it really tough without him,” said Wheeler.

Byfuglien, who carries a US$7.6 million cap hit this season and next, showed up to training camp last September and informed general manager Kevin Cheveldayoff he was contemplating retirement. The Jets reportedly told him to take some time to think about, suspending him without pay. Then came a bombshell a few weeks later when Byfuglien underwent ankle surgery in Minnesota and filed a grievance against the club, seeking lost pay.

No date for the arbitration hearing has been set, and a termination of his contract would bring an end to that. He’d also be walking away from the $14 million in real money still owed to him, while the Jets would get his contract off their books. Byfuglien would become an unrestricted free agent free to sign with any team, should he decide at some point to keep playing, but the soon-to-be 35-year-old has yet to even resume skating following surgery, so that seems unlikely for this season.

If you’re heart’s not in it anymore, then he doesn’t owe anyone anything. He brought it every night. So the love and respect I have for him is kind of the over-riding emotion now, after kind of going through a range of emotions all season. You don’t know what you have until it’s gone, you know what I mean?”
– Blake Wheeler

“You’re respectful of him in the beginning, a little bit frustrated, but when it comes down to it, I’m a player at the end of the day, and I’m respectful of a guy. If you’re heart’s not in it anymore, then he doesn’t owe anyone anything. He brought it every night. So the love and respect I have for him is kind of the over-riding emotion now, after kind of going through a range of emotions all season. You don’t know what you have until it’s gone, you know what I mean? And shoot, we miss that guy,” said Wheeler.

Although they spoke during training camp, Wheeler said there hasn’t been very much communication between them since.

“Anyone who knows Buff knows that he’s more likely to drop his phone in a fishing hole than he is to text you back. We’ve kept in touch a little bit here and there, obviously through the wives channel, hearing how he’s doing (and) just kind of let the situation play out. We have a group that’s gotta move on from that in here. It’s our focus to try to win in here, so we’ve had to move on,” said Wheeler.

The Jets, at 26-23-5, are currently three points out of the final Western Conference wildcard playoff spot, held by Calgary, with 28 regular-season games left. With the Feb. 24 trade deadline just over two weeks away, Cheveldayoff would now have the financial flexibility to try and give his club a boost.

Still, there’s no way to replace someone as unique as Byfuglien. And Wheeler said it’s not surprising to see him do things his own way.

“If your heart’s not in it, if its not what you love to do and you don’t want to do it anymore… it’s not like he went through the motions for eight, nine years here: he busted his tail everyday for this team. He was such an impact player. I think it’s a very Buff way to do it. Buff has always marched to the beat of his own drum. He’s the type of guy that when his mind’s set on something, that’s the way it is,” said Wheeler.

He didn’t want to speak for Byfuglien or offer up any reasons why he’d willingly hang up his skates.

“I think what gets lost sometimes is the human element, and Buff’s a person. He’s no different than anyone else. Nobody will probably know everything that he’s played through and the things that he’s gone through to go to work every day for this organization and this city.”
– Blake Wheeler

“That would be unfair for me to speculate, because that’s what it would be. Obviously he and I have talked. I doubt you’re going to get him in front of a microphone. You might one day, and then you can try to ask him that question, but I don’t want to put any words in Buff’s mouth,” he said.

So would he be surprised to see Byfuglien get healthy, put off retirement and eventually return to NHL action?

“I think when this all came up it was a surprise initially. Having gone through it, if you were to wake up one day and he’s still got it, you never know. Hopefully he picks us again. Like I said, I can’t speak for him. Would I be surprised? Nothing would surprise me. You just never know.”

There’s no question some are painting Byfuglien as a villain, believing he put Cheveldayoff and the Jets in a terrible spot by waiting so long to announce his intentions; after all, the Jets had already traded Jacob Trouba, and allowed fellow blue-liners Tyler Myers and Ben Chiarot to walk in free agency last summer.

“In pro sports, there’s so much tied into wins and losses and production. It’s a business. I think what gets lost sometimes is the human element, and Buff’s a person. He’s no different than anyone else. Nobody will probably know everything that he’s played through and the things that he’s gone through to go to work every day for this organization and this city. He’s probably the most popular player ever in the history of our franchise for those things, how hard he played and the physicality. I think that gets lost sometimes,” said Wheeler.

“He’s a good person, he’s got three young kids. He did it as hard as he could for as long as he could, and if he doesn’t have it, if he doesn’t feel like he has it any more and he wants to focus his attention elsewhere on his family, let it be at that. I don’t think that makes him a villain. It might have set this team back a little bit this year and put us in a tough spot, there’s no question there, but he’s a guy. I think overall people will get to that point. Once it’s all said and done and maybe the bad taste of that goes away, people will wake up and say ‘Man, Buff was one of the great ones for this organization.’”

And that includes Wheeler, who ended his chat Thursday with a trip down memory lane.

“I was on the ice when he hit (then-Ottawa Senator) Mark Stone, I was 10 feet behind him. There will never be a bigger hit as far as I’m concerned. That was just ridiculous how hard that hit was,” said Wheeler.

“A couple in the playoffs a few years ago on the (Minnesota) Wild guys. Dragging a couple guys out of the pile and rag-dolling a few guys in scrums, they’re just things that you don’t see, things people can’t do except for Buff. You feel lucky to have him on your team at those times, but then when you don’t have him you really realize what you had.”

Byfuglien has surgery on ankle

Jets GM talks to reporters about Byfuglien surgery, status... and says nothing 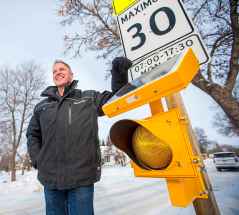 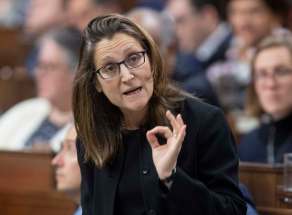 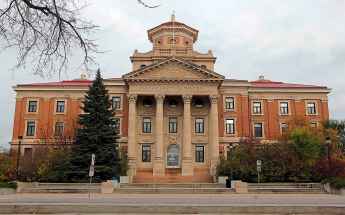 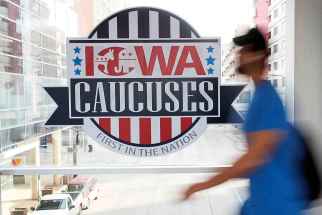 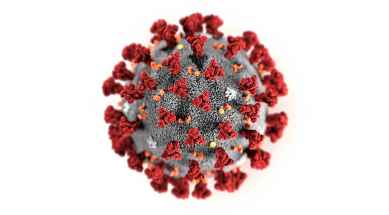 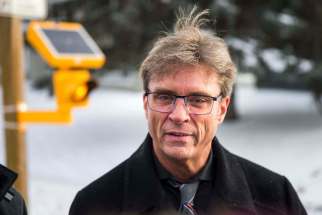 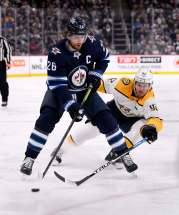 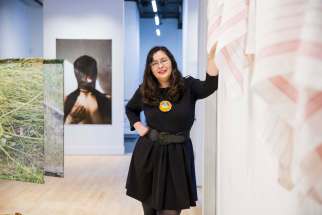